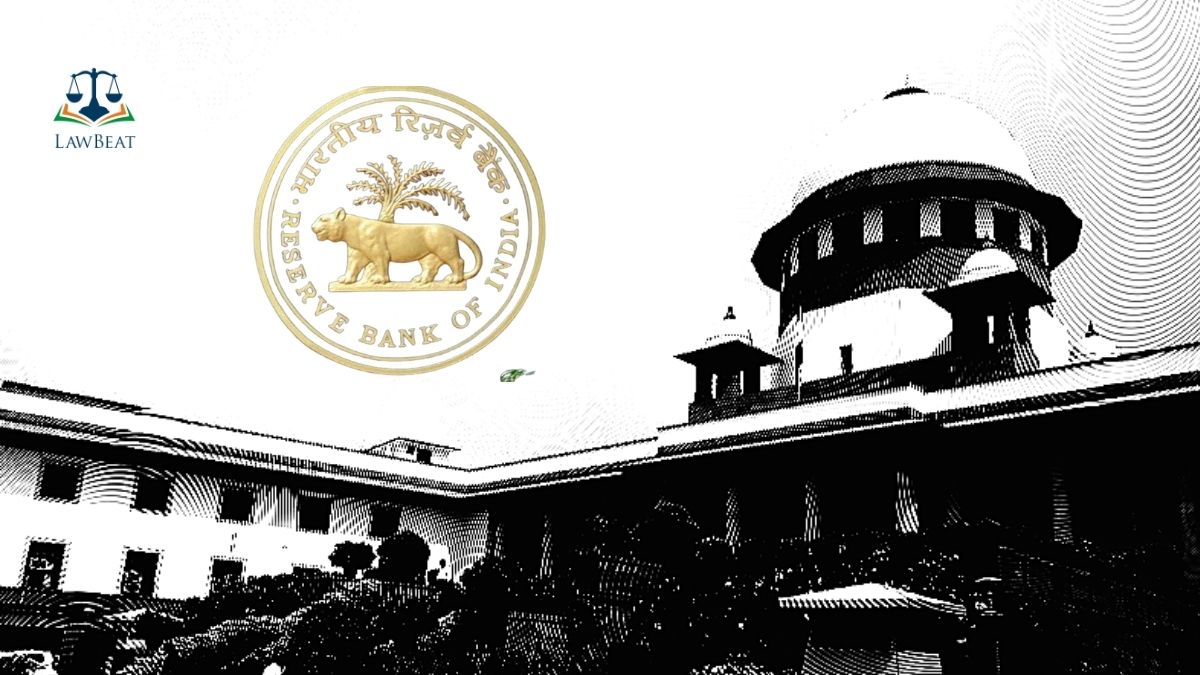 The Supreme Court is expected to take up an important Writ Petition today, arising out of the Judgment in RBI v. Jayantilal N. Mistry, (2016) 2 SCC 382, where the Court held that banks and other financial institutions have an obligation to provide all information to RBI.

With respect to the scope of Section 8(1)(e) of the RTI Act, Court dismissed the contention on fiduciary relationship between RBI and other banks and added that even if there was, Section 2(f) would still make the information shared between them accessible to public.

“RBI has a statutory duty to uphold the interest of the public at large, the depositors, the country's economy and the banking sector. Thus, RBI ought to act with transparency and not hide information that might embarrass individual banks. It is duty-bound to comply with the provisions of the RTI Act and disclose the information sought by the respondents herein,” a Division bench of Justice MY Eqbal and Justice C. Nagappan had categorically said.

Court which settled this proposition was hearing 11 Transferred cases, wherein RTI applicants were denied certain information by the RBI/other banks on the ground of economic interest, commercial confidence, fiduciary relationship and public interest.

The matter again came up before a Division Bench of Justice L. Nageswara Rao and Justice Vineet Saran, seeking recall of the judgment, where the bench observed,

“A close scrutiny of the applications for recall makes it clear that in substance, the applicants are seeking a review of the judgment in Jayantilal N. Mistry. Therefore, we are of the considered opinion that these applications are not maintainable. We make it clear that we are not dealing with any of the submissions made on correctness of the judgment in Jayantilal N. Mistry.”

Consequently, all miscellaneous applications were dismissed by order dated April 28, 2021.

Following this, on July 19, 2021, A Division Bench of Justice Abdul Nazeer and Justice Krishna Murari took up the writ petition filed by HDFC, SBI, PNB, Union Bank and the Canara Bank wherein the said banks had claimed that they were aggrieved by the notices issued by Reserve Bank of India, mandating to part with information related to inspection reports and risk assessment.

Advocate Prashant Bhushan appeared for the applicants under RTI.

“People have made business out of RTI. I can understand Transparency, and we are all for it. Let be referred to a Three Judge Bench,” said the Learned Solicitor General, Mr. Mehta.

He had further pointed out certain statutory embargoes over directing to share such information.

“Under RTI Act, the basic rule is that the Government. authorities are suppose to disclose information. It actually does not apply to a Private Bank. Modus Operandi used here is to fire a shot at private banks,” submitted Senior Advocate Mukul Rohatgi.

“I do not want anyone to know what is the nature of transaction I have with my bank. A person who is not concerned with this at all, will make a request to RTI, RTI will ask the RBI, RBI will approach these banks and then banks will have to dispense with the information compromising privacy of their customers. Matter is of a very large canvass and therefore be referred to a larger bench”

Clarifying the scope of the writ petition it was also informed to the Court that by April 28 order, only recall was rejected, whereas the present petition is on RBI mandating to disclose certain sensitive information, in contravention with statutory provisions.

Matter was then adjourned for July 22.