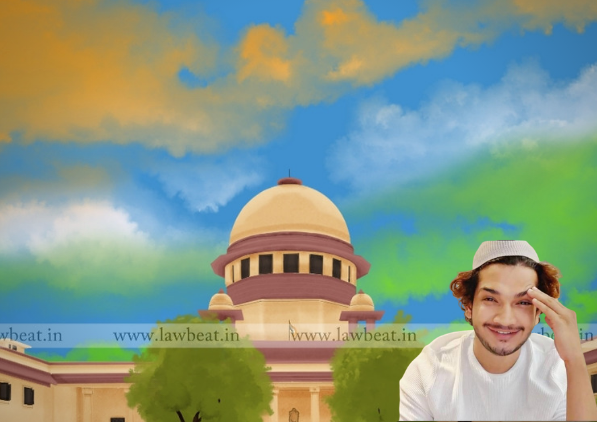 The Supreme Court on Friday granted ad-interim bail to Munnawar Faruqui, accused of hurting religious sentiments by mocking Deities of the Hindu community at his live show.

A bench led by Justice RF Nariman accepted the plea of the accused and on the point of law, granted him bail. The bench asked Senior Advocate Saurabh Kirpal if the landmark judgment of Arunesh Kumar Vs. Union of India which reiterated safeguards under section 41A of the CrPc from arrest were followed. To this, Kirpal responded with a negative.

The Madhya Pradesh High Court had refused to grant bail to accused Munawar Faruqui & co-accused Nalin Yadav booked under IPC sections 295-A (outraging religious feelings), 269 (unlawful or negligent act likely to spread the infection of any disease dangerous to life) and other relevant provisions.

It was against this refusal that Faruqui approached the Supreme Court.

A bench of Justice Rohit Arya of the MP High Court had observed,

The evidence/material collected so far, suggest that in an organized public show under the garb of standup comedy at a public place on commercial lines, prima facie; scurrilous, disparaging utterances, outraging religious feelings of a class of citizens of India with deliberate intendment, were made by the applicant. In the light of the statements of the complainant and the witnesses referred above, the seized articles, viz., video footage of the show and the seizure memos detailed above, at this stage it is difficult to countenance to the submissions of the learned counsel for the applicant as complacency of the applicant cannot be ruled out, besides vulnerability of his acts in public domain. It is not a case of no evidence. Moreso, the investigation is in progress. The possibility of collection of more incriminating material and complacency of other persons cannot also be ruled out. Further, it has come on record that similar nature of offence has been registered against the applicant at Police Station Georgetown, Prayagraj, State of Uttar Pradesh.

In this light, the bench observed,

It is the constitutional duty of every citizen of the country and also of the States to promote harmony and the spirit of common brotherhood amongst all the people of India irrespective of religious, linguistic, regional or sectional diversities and to value and preserve the rich heritage of our composite culture (Article 15A (e) and (f) of the Constitution of India.

States must endeavour that ecosystem and sustenance of coexistence in our welfare society is not polluted by negative forces and must strive for achievement of goals as enshrined under Article 51A(e) and (f) of the Constitution of India in particular as these provisions are part of our vibrant Constitution and not dead letters.

On January 25, Justice Rohit Arya had reserved orders on the bail plea, adding that he will pass the order on merits. "Such kind of people must not be spared," he commented.

Senior Advocate Vivek Tankha appeared for Faruqui and stated that there was no offence made out against the accused.

Advocate Manish Gupta on the other hand, informed Court that Faruqui had made adverse remarks against Lord Ram and other Hindu Deities at his live shows and had even posted several videos.

"Why take undue advantage of religious sentiments of others for purposes of your business? What kind of a mindset is this?," Justice Arya asked.

In this background, the Court asked Counsel to put on record additional documents and reserved orders on merits.

The accused have been accused of making adverse comments against Lord Ram and other Hindu Deities. It was on January 1 that he along with 3 others were arrested along with four others, after a complaint was filed against them.