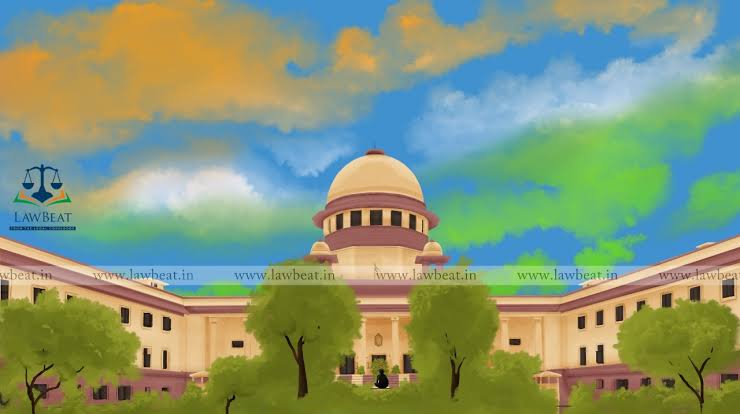 “Time is something we cannot curtail by judicial order. I think no one has succeeded at that”, CJI remarked on a lighter note during the hearing today.

The bench has directed Senior Advocate Arvind Datar to convene a conference on the issue of appointment of ad hoc judges, calling inputs from all parties, i.e. the Union & all High Courts.

Points of consideration as laid down by the bench primarily;

CJI: We want you to know that we want to lay down the circumstances in which it should be initiated, namely, the pendency in a jurisdiction, beyond what percentage or what numbers, that has to be scientifically determined. Say what is the average rate of disposal in that High Court, suppose the disposal is lower than filing, which is the case in most of the High Courts, that will determine the tenure. Cites example of Allahabad High Court.

CJI: This is the most important criteria. At what point to initiate, and whether that pendency should be subject wise/branch wise or generally. Once we have a bench mark, CJ will keep a panel of former judges with specific expertise and will accordingly appoint.

CJI: Secondly on tenure point; this will depend on rate of disposal. This is different in different cases, like death sentences take longer, second appeal takes longer, so if the rate of disposal in that particular branch is high, the CJ may appoint for a longer tenure.

CJI: The only thing we want to tell you that both the numbers, of where the vacancy falls and the pendency rises above a certain limit, must be considered.

CJI: We will have to retain the discretion of CJ on whether the pendency is adequate enough for appointment of Ad Hoc Judges.

To the arguments made by Senior Counsel Vikas Singh, CJI noted, “You are right on the principle that the method of appointment must not be used in lieu of making regular appointments. This is not to say that he will stop appointing regular judges. That is the reason we want to keep the SC collegium in loop.”

Essentially to say, No Chief Justice shall exercise in power for appointment of Ad Hoc Judges as a substitute to Regular Appointments.

At the outset, Justice Kaul, responding to ASG Suri appearing for the State, says, “So far as the Ad hoc judges are concerned, you want the vacancy to be filled then the appointment of Ad Hoc Judges, is that what you are saying? The idea is to let them keep working while filling the vacancies.”

It was also suggested by Justice Kaul that very old, pending matters can be listed before Ad Hoc Judges to cure pendency.

This was followed by CJI remarks; “Which word in Article 224A or any other Article conveys that the Ad Hoc judges should not be appointed until all vacancies are filled up?”

It was the submission of the learned ASG that if all vacancies are filled up, there will be no requirement of Ad Hoc Judges.

Arguments were also made by Senior Advocate Arvind Datar, primarily on tenure of such judges, allowances and process to be adopted; “One request we are making is process of regular appointment be relaxed”, submitted the Senior Counsel. In essence, the long process of recommendation going through the Collegium, Ministry and the President for final sanction may be reduced as the case is only of Ad Hoc Appointment, where the judge has already undergone the said rigmarole.

The bench through Chief Justice SA Bobde, remarked, “Authority nominated is the President of India, that goes through the Ministry, No file can go to the President without consulting the Collegium … Pointing out the role of Collegium, CJI continues saying, “We understand the importance of Collegium (a) for seeing suitability of appointment (b) to see the antecedents. Now it is correct to say that all this is not necessary as the man has worked as a judge for 6-8 years, but his continued fitness must be looked into by someone.”

With respect to pension and allowances;

CJI notes, “The question of allowances will be managed from the Consolidated Fund of India.”

Senior Advocate R. Basant interjects to submit, “They are not judges, there will be no salary.”

Senior Advocate Ravindra Srivastava (for MP) says in the same line, “He (an Ad Hoc Judge) is not an appointee in strict sense.”

CJI further notes, “Pension obviously he will not be eligible. Anything minus the pension with additional allowances.”

Senior Advocate Datar continues his arguments; says, “All I am saying is that an Ad Hoc judge should not be lesser well off than a sitting regular judge.”

Senior Counsel Basant emphasised, “They are not Ad Hoc Judges, they are only appointees to sit and decide.” Draws difference between the two, refers to the note submitted and the Constituent Assembly Debates.

The bench will now take up the case on April 15.

Earlier, The Bench had adjourned the matter for 8th April, 2021, seeking written submissions from all respondents and the High Courts on how the guidelines of such Ad Hoc Appointments should be.

The matter is filed by an NGO Lok Prahari, represented by its General Secretary Mr. S.N. Shukla.

Chief Justice made notable remarks with respect to the pendency across various courts, under various jurisdictions, stating, “It is a fact that judges who have been judges for 15-20 years can dispose of faster and there is a division of such judges who can control the pendency. Once that is controlled, the tenure can terminate.”