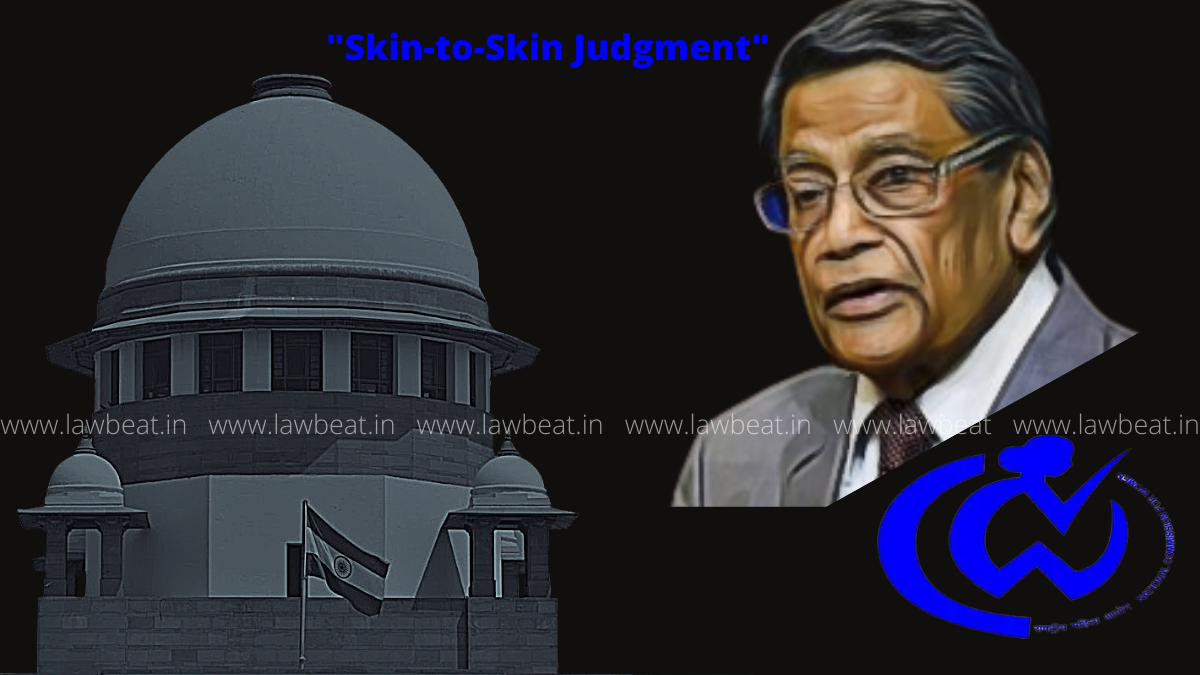 The Supreme Court on Wednesday issued notice in a petition by National Commission for Women as well as on an appeal by State of Maharashtra against the controversial "Skin-to-Skin" judgment by the Nagpur Bench of Bombay High Court on Section 7 POCSO Act.

Earlier, the Top Court had stayed the application of the said judgment relying on the submission made by the learned AG calling it a ‘dangerous precedent’.

Hearing Senior Counsel Ms. Geeta Luthra, a bench led by Chief Justice of India SA Bobde, prima facie stated that the NCW must approach the instant case as an intervener, however, on the submission made by the learned counsel on provisionary backing entitling NCW to be a party herein, Court agreed to issue notice.

The Court however rejected petitions filed by Bharatiya Stree Sakthi and Youth Bar Association, stating that such NGOs had no locus standi in a criminal matter.

Relevant provision of the National Commission for Women Act, 1990

Section 10 Functions of the Commission: The Commission shall perform all or any of the following functions, namely;

(d) Review, from time to time, the existing provisions of the Constitution and other laws affecting women and recommend amendments thereto so as to suggest remedial legislative measures to meet any lacunae, inadequacies or shortcomings in such legislations.

(e) Take up the cases of violation of the provisions of the Constitution and of other laws relating to women with the appropriate authorities.

The petition moved by NCW raises the following substantial question of law;

It further lays down certain, very convincing reasons, as to why the interpretation adopted by the Hon’ble High Court is perverse and bad in law;

Furthermore, petition put forth the usage of ‘physical contact’ in other beneficial legislations and says if similar interpretation is made in cases attracting those enactments/provisions as well, the entire fabric of gender justice and equality will get defeated. Reliance is placed on settled case laws to substantiate the same.

Section 354A IPC Sexual Harassment and punishment for sexual harassment: (1) A man committing any of the following acts – (i) Physical contact and advances involving unwelcoming and explicit sexual overtures; or shall be guilty of the offence of sexual harassment.

The Sexual Harassment of Women at Workplace Act, 2013

Section 2 (n) “sexual harassment” includes any one or more of the following unwelcome acts or behaviour (whether directly or by implication) namely - (i) physical contact and advances;  (v) any other unwelcome physical, verbal or non-verbal conduct of sexual nature;

The Protection of women from Domestic Violence Act, 2005

(a) harms or injures or endangers the health, safety, life, limb or well-being, whether mental or physical, of the aggrieved person or tends to do so and includes causing physical abuse, sexual abuse, verbal and emotional abuse and economic abuse; or

Explanation I. For the purposes of this section (i) “physical abuse” means any act or conduct which is of such a nature as to cause bodily pain, harm, or danger to life, limb, or health or impair the health or development of the aggrieved person and includes assault, criminal intimidation and criminal force (ii) “sexual abuse” includes any conduct of a sexual nature that abuses, humiliates, degrades or otherwise violates the dignity of woman

R v. Emrys Thomas, (1985) 81 Cr. App R 331, Ackner LJ. Of the UK Court of Appeal, while considering a case similar to the present petition, stated, “There could be no dispute that if you touch a person’s clothes whilst he is wearing them that is equivalent to touching him.”

Regina v. H, 2005 1 WLR 2005, UK Court of Appeals held that touching the clothes of a woman is sufficient to constitute ‘touching’ required for the offence of sexual assault under the relevant provision of the Sexual Offences Act, 2003.

Alakh Alok Srivastava v. Union of India, 2018 Cri. LJ 2929 (SC), Court while interpreting the objective and purpose of the POCSO Act said, “The POCSO Act has been legislated keeping in view the fundamental concept under Article 15 of the Constitution that empowers the State to make special provisions for children and also Article 39(f) which provides that the State shall in particular direct its policy towards securing that the children are given opportunities and facilities to develop in a healthy manner and in conditions of freedom and dignity and that childhood and youth are protected against exploitation and against moral and material abandonment. The Statement of Objects and Reasons of the Act indicate the focus for reduction of child abuse and protection of children from the offences of sexual assault, sexual harassment and pornography, etc.”

A noticeable point is also brought forward by means of the said petition, wherein a debate in Rajya Sabha, dated 10.05.2012 is placed on record that apprehended the exact factual matrix of the present case. It said, “Sir, through you, I would like to draw the Minister’s attention towards Clause 11 which defines ‘sexual harassment’. According to Clause 11, a person is supposed to have committed sexual harassment upon a child when such a person with sexual intent follows a child repeatedly. The hon. Minister, while presenting the Bill, spoke of a girl who was continuously harassed by a man who repeatedly followed her. Madam, if such a clause is brought into practice, all that a harasser needs to do is say that his following the child had no sexual intent. Hence, I would urge you to re-look at the phrase ‘sexual intent’ and not give a predator any excuse under this clause to be absolved of the crime.”

The contentions are also substantiated by emphasizing Nation’s commitment to UN Convention on the Rights of Child (“UNCRC”) and Elimination of all forms of Discrimination Against Women (“CEDAW”).