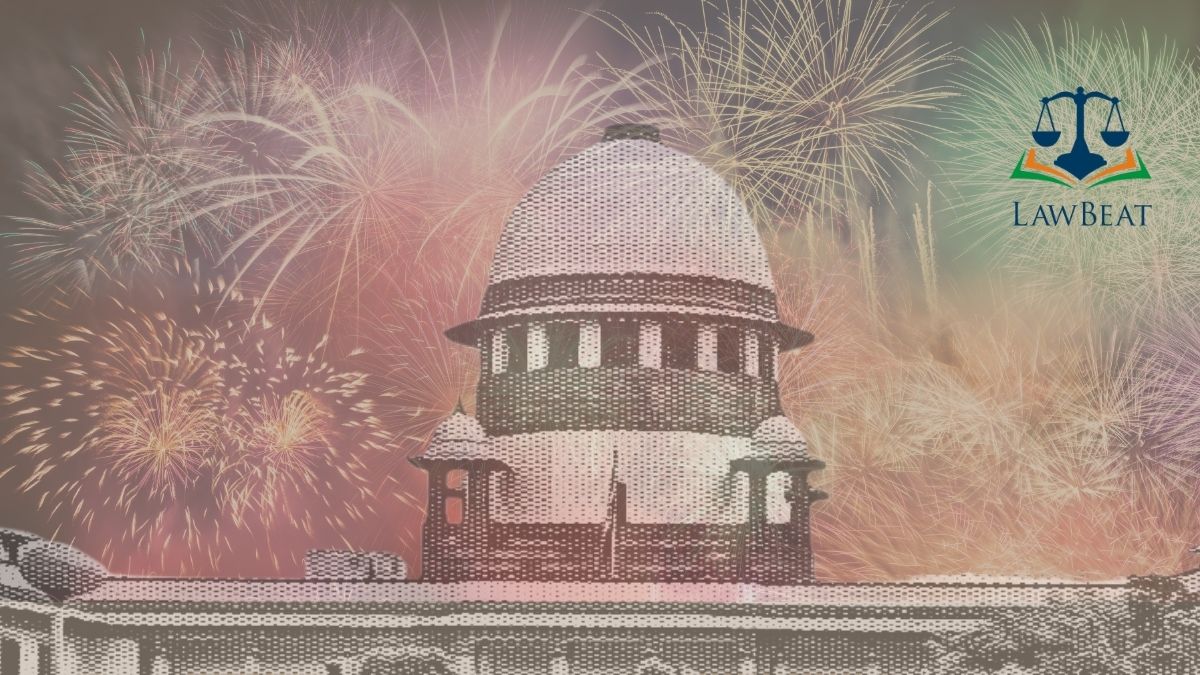 The top court perused the preliminary report of CBI and noted that the manufacturers are in violation of the orders of the court and Explosive Substances Act, 1884.

A bench of Justices MR Shah and AS Bopanna issued notice to firecracker manufacturers to show cause as to why action should not be taken against them for using banned chemicals such as barium and barium salt.

The bench issued the notice pursuant to receipt of a preliminary report by Central Bureau of Investigation (CBI). On perusal of the report the bench remarked that certain manufacturers have not only used barium but also have procured huge quantities of it. Court further remarked that the manufacturers were in violation of Explosive Substance Act,1884 and of the previous orders of the Supreme Court banning the use of barium.

The bench after consulting with Aishwarya Bhati, Additional Solicitor General and senior advocate Gopal Shankarnarayanan, who was representing the petitioners in the matter, directed the CBI to furnish a copy of the report to the manufacturers by tomorrow (30.09.2021). The manufacturers have been permitted to file their response to report, if any,

The bench further remarked that the credibility of the lab report cannot be called into question as they were issued by reputed laboratories, however the manufacturers are being granted time to reply in the interest of natural justice.

It it to be noted that the bench on hearing this plea yesterday noted, "We'll have to set up a liability on someone, otherwise this will not stop. It is a problem in our country, we have laws but they are not implemented, we want that our orders must be implemented in true spirit.”

The application has been filed in a pending public interest litigation (PIL) over the issue of pollution caused due to firecrackers and subsequent alarming degradation in the air quality.

Earlier, in March 2020 the court had noted that manufacturers are using the same chemicals which have been banned by the court under various orders. In response to this, the court had earlier directed the Joint Director (CBI), Chennai to investigate into this and file a detailed report.

The ASG, during the course of hearing yesterday submitted that the CBI had completed investigations and was ready with the report. The report was accordingly filed before the bench in a sealed envelope today.

Case Title: Arjun Gopal and Ors. Vs. Union of India and Ors.