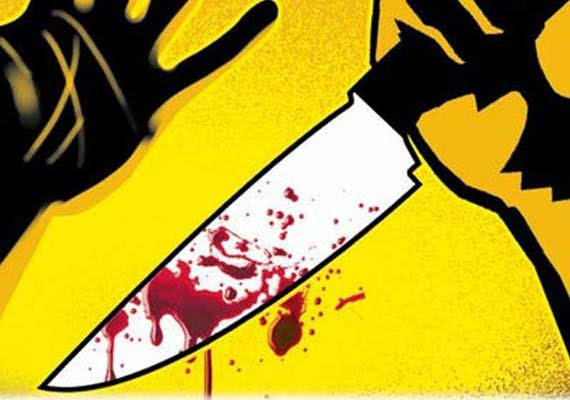 The Supreme Court of India recently disposed of the appeals arising out of judgement passed by the Punjab and Haryana High Court dated 06.11.2008. It is to be noted that, the High Court dismissed the appeals preferred by the appellants and upheld the order of conviction and sentence passed by the Trial Court.

“The menace of dowry death is increasing day by day. However, it is also observed that sometimes family members of the husband are roped in, even though they have no active role in commission of the offence and are residing at distant places. In these cases, the Court need to be cautious in its approach.”- observed the Court.

The Division Bench of CJI N.V. Ramana and Justice Aniruddha Bose after considering the relevant facts in the present case observed that,

The   prosecution’s   case   was   that   the   deceased committed suicide by setting herself ablaze just after one year of   her   marriage   and   that   soon   before   her   death   she   was subjected to cruelty and harassment on account of bringing less dowry by both the accused. Accordingly, The appellants were convicted by the Trial Court  vide  order dated 11.12.1997 for the offences under Sections 304­B and 306, IPC and were sentenced to undergo rigorous imprisonment for seven years for the offence punishable under Section 304­B, IPC and to undergo rigorous imprisonment for five years for the offence punishable under Section 306, IPC.

The learned counsel appearing on behalf of the appellants contented that,

On the other hand, the learned counsel for the respondent State submitted that,

“the appellants had not been able to show any material which would merit the interference of this Court in the   concurrent   findings   of   the   Courts   below.   The   counsel especially emphasized upon the fact that the suspicious death of   the   deceased   victim   occurred   within   almost   1   year   of marriage.   Moreover,   the   witnesses   have   stated   the   specific instances of demand for dowry with consistency.”

The Court had to decide upon the following two issue in the present appeal,

The bench noted that once all the essential ingredients are established by the   prosecution,   the   presumption   under   Section   113­B, Evidence Act mandatorily operates against the accused. This presumption of causality that arises can be rebutted by the accused. The   usage   of   rebuttable   presumption   of   causality,   under Section 113­B, Evidence Act, creates a greater responsibility on Judges, defence and prosecution. They need to be extra careful during   conducting   criminal   trials   relating   to   Section   304­B, IPC. In order to address this precarious situation, procedural law has some safeguards, which merits mentioning herein.

“…if all the other ingredients of Section 304­B IPC are fulfilled, any death whether caused by burns or by bodily injury or occurring otherwise than under normal circumstances shall, as per the legislative mandate, be called a "dowry death" and the woman's husband or his relative "shall be deemed to have caused her death" unless proved otherwise. The section clearly specifies what constitutes the offence of dowry death and also identifies the single offender or multiple offenders who has or have caused the dowry death. [Refer Maya Devi   v. State of Haryana, (2015) 17 SCC 405, Shanti v.  State of Haryana, (1991) 1 SCC 371]”

Hence, the submissions of the counsel for the appellants were rejected as it an admitted fact that the deceased and accused were married on 01.07.1994, and the death of the lady occurred on 31.07.1995.

Further the bench observed that, on the issue of the cause of death, the doctor (P.W.3) found the smell of kerosene oil on the body of the deceased who had suffered 85% burn injuries. Therefore, in the present case, the deceased   victim   succumbed   to   burns.   As   the   death   was relatable to burn injuries within seven years of marriage, it clearly satisfied the first two ingredients of the offence.

On the issue of dowry demand, the evidence on record indicates that when the brother of the deceased (P.W.7) visited her in the matrimonial house after one month of marriage on  the occasion of Raksha Bandhan, the deceased had disclosed that  the  accused, husband   and   mother­in­law,  used  to physically harass her on the account of bringing insufficient dowry. Furthermore, the accused persons had made a specific demand   of   a   scooter.   Pursuant   to   this   disclosure,   she   was brought   back   to   her   paternal   house   where   this   fact   was disclosed to father of the deceased.

The Trial Court, and the High Court, upon a close appreciation of the aforesaid witnesses came to the conclusion that the statements were corroborative and consistent. They found the witnesses to be reliable and on the basis of the same held that the deceased was subjected to cruelty soon before her death as she failed to bring sufficient dowry. Hence, the bench completely agreed with the aforesaid finding of the Trial Court and the High Court.

It has further been proved that soon before her death she was subjected to harassment and   cruelty   pursuant   to demands of dowry. Since the ingredients of Section 304­B, IPC stand satisfied, the presumption under 113­B, Evidence Act operates   against   the   appellants,   who   are   deemed   to   have caused the offence specified under Section 304­B of IPC.

The appellants have failed to make out a case for us to interfere in the concurrent opinions of the Courts below, convicting the accused­appellants under Section 304­B, IPC.

In the present case, the Trial Court and the High Court have concluded that the deceased committed suicide. However, the bench opined that the conclusion reached by the Courts   below is based   on   assumptions, as there is no evidence on record to support the same.

The essential ingredient of deceased committing suicide has not been proved by the prosecution by adducing   sufficient   evidence.   In   the   present   case,   the prosecution has failed to establish that the death occurred due to suicide. Therefore, the bench opined that the finding of the Courts below convicting the appellants under Section 306, IPC merits interference by this Court.

Hence at  the cost of repetition, the law under Section 304­B, IPC read with Section 113­B, Evidence Act can be summarized below:

i. Section 304­B, IPC must be interpreted keeping in mind the legislative intent to curb the social evil of bride burning and dowry demand.

ii. The prosecution must at first establish the existence of the necessary ingredients for constituting an offence under Section 304­B, IPC. Once these ingredients are satisfied, the rebuttable presumption   of   causality,   provided   under   Section   113­B, Evidence Act operates against the accused.

iii. The phrase “soon before” as appearing in Section 304­B, IPC cannot   be   construed   to   mean   ‘immediately   before’.   The prosecution   must   establish   existence   of   “proximate   and   live link” between the dowry death and cruelty or harassment for dowry demand by the husband or his relatives.

v. Due to the precarious nature of Section 304­B, IPC read with 113­B, Evidence Act, Judges, prosecution and defence should be careful during conduction of trial.

vi. It is a matter of grave concern that, often, Trial Courts record the statement under Section 313, CrPC in a very casual and cursory manner, without specifically questioning the accused as to his defense. It ought to be noted that the examination of an accused under Section 313, CrPC cannot be treated as a mere   procedural   formality,   as   it   based   on   the   fundamental principle of fairness. This aforesaid provision incorporates the valuable principle of natural justice “audi alteram partem” as it enables   the   accused   to   offer   an   explanation   for   the incriminatory   material   appearing   against   him.   Therefore,   it imposes an obligation on the court to question the accused fairly, with care and caution.

vii. The Court must put incriminating circumstances before the accused and seek his response. A duty is also cast on the counsel   of   the   accused   to   prepare   his   defense   since   the inception   of   the   Trial   with   due   caution,   keeping   in consideration the peculiarities of Section 304­B, IPC read with Section 113­B, Evidence Act.

viii. Section 232, CrPC provides that, “If, after taking the evidence for   the   prosecution,   examining   the   accused   and   hearing   the prosecution and the defence on the point, the Judge considers that there is no evidence that the accused committed the offence, the Judge shall record an order of acquittal”. Such discretion must be utilized by the Trial Courts as an obligation of best efforts.

ix. Once the Trial Court decides that the accused is not eligible to be acquitted as per the provisions of Section 232, CrPC, it must move on and fix hearings specifically for ‘defence evidence’, calling upon the accused to present his defense as per the procedure provided under Section 233, CrPC, which is also an invaluable right provided to the accused.

x. In   the   same   breath,   Trial   Courts   need   to   balance   other important considerations such as the right to a speedy trial. In this regard, we may caution that the above provisions should not be allowed to be misused as delay tactics.

xi. Apart from the above, the presiding Judge should follow the guidelines   laid   down   by   this   Court   while   sentencing   and imposing appropriate punishment.

xii. Undoubtedly, as discussed above, the menace of dowry death is increasing   day   by   day.   However,   it   is   also   observed   that sometimes family members of the husband are roped in, even though they have no active role in commission of the offence and are residing at distant places. In these cases, the Court need to be cautious in its approach.

The bench observed that,