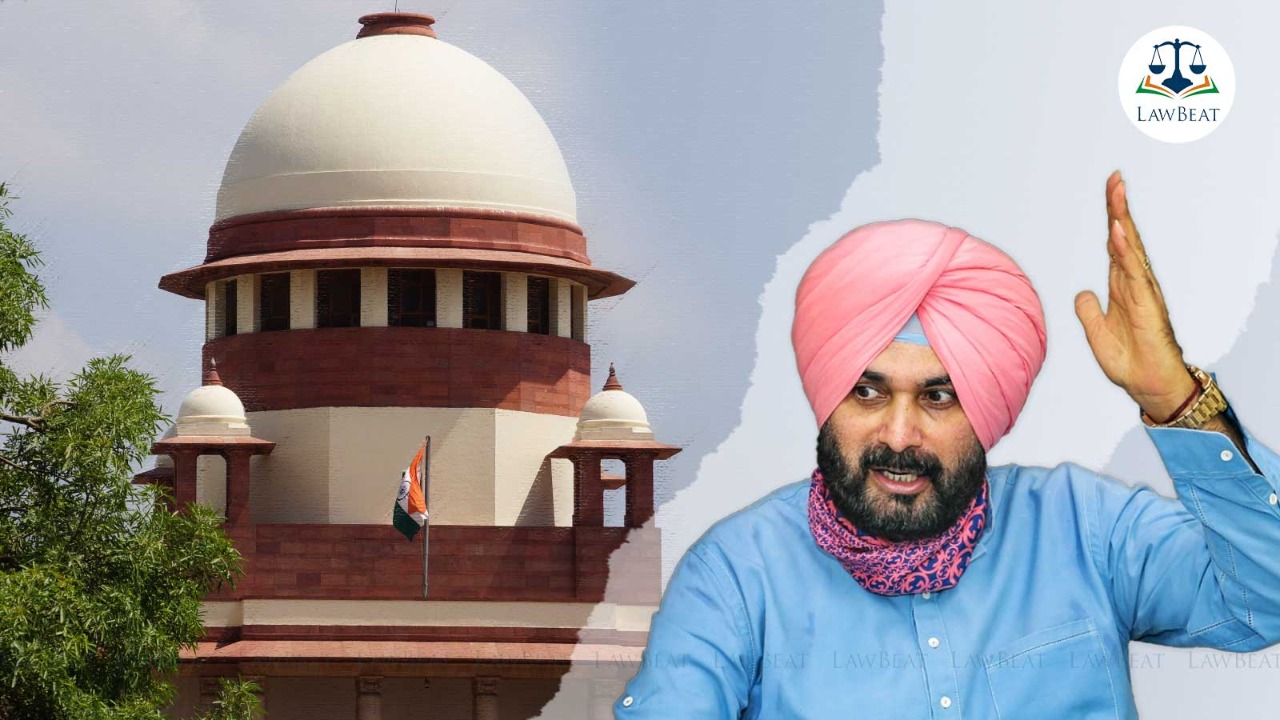 A Supreme Court bench of Justices Khanwilkar and SK Kaul today enhanced the sentence of Congress Leader Navjot Singh Sidhu adding one year of imprisonment in a review petition against a judgment letting off Sidhu in a 34-year-old road rage death case with a fine of Rs. 1000.

The bench noted that, in addition to the fine imposed, the court has imposed imprisonment of one year.

The bench has in March 2022, while reserving the order, said that this cannot go on like this and that this has to stop someday while allowing parties to submit a note on remaining submissions.

Senior Advocate Siddharth Luthra appearing for the Congress leader had argued that, "In the present case, the fact that it was done intentionally is mentioned in the Judgment. The parameters applied needs reconsideration, the head injury was sufficient to cause death."

Luthra further submitted that there was an injury caused by Navjot Singh Sidhu, whereas, locus cannot be objected to.

Whereas, Senior Advocate Abhishek Manu Singhvi appearing for Sidhu submitted that, "It is an extraordinary case in a negative sense because it has potential to be subversive on the part criminal justice and it is an abuse of process."

Singhvi further argued that it is highly doubtful that the injury could have caused death and on this long journey from 1988 no allegation of non-cooperation was made.

It was also submitted that the state is not in appeal on the inadequacy of sentence, the victim is in appeal. The complainant's appeal is not maintainable. This is more importantly followed in a 3 judges bench Judgment.

Singhvi further argued that "I would say Your lordship should be very cautious, the application was mentioned just before the election." To which the bench objected stating that it has nothing to do with the elections.

In addition to this, Senior Advocate R Basant also appearing for Sidhu submitted that the question is whether only a single injury resulted in the death.