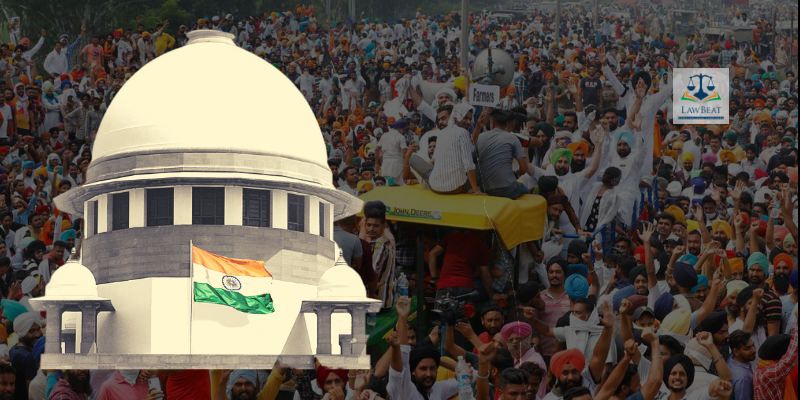 The Supreme Court will pronounce orders on protests and farm laws tomorrow.

A bench of Chief Justice SA Bobde, Justices AS Bopanna & V. Ramasubramaniun today expressed concerns regarding impending violence that may erupt at the farmer's protest site.

The top court asked Centre to stay the laws till a committee constituted by it discusses the same and submits a report.

“Let those farmer unions who say it is progressive, say that before the committee. But you have to tell us whether you stay the farm acts or we do it. Keep it in abeyance. What is the issue? We are not in favour of easily staying a law but we want to say don’t implement the law,” the top court said.

While adding that the court was not presently concerned about the merits of the legislation but with the ground situation at the Protest site, the bench said that it was it's bounden duty to protect citizens and properties as guaranteed under Article 21 of the Constitution.

Attorney General KK Venugopal informed the Court that the parties had rejected various orders put forth to them and opposed the proposition of the top court to stay the operation of farm laws while citing judgments stipulating separation of powers.

This is when the Chief Justice expressed disappointment at the way negotiations were proceeding between the Government and the protesting farmers. He added that there was no response on whether the Centre was willing to put the law on hold.

CJI SA Bobde also expressed grave concern with regard to the presence of old persons and women at the site.
He added that there were reports to suggest that people at protest sites were committing suicide and were suffering in the cold weather.

The apex court has suggested names of former CJIs including RM Lodha to head panel for exploring the possibility of a solution over farm laws protests.

The bench said it will pass orders on the issue in parts.

Talks between the Centre and farmer unions on the new agriculture laws failed to make any headway even after the eighth round of talks. The Centre and the farmer leaders are scheduled to hold their next meeting on January 15.