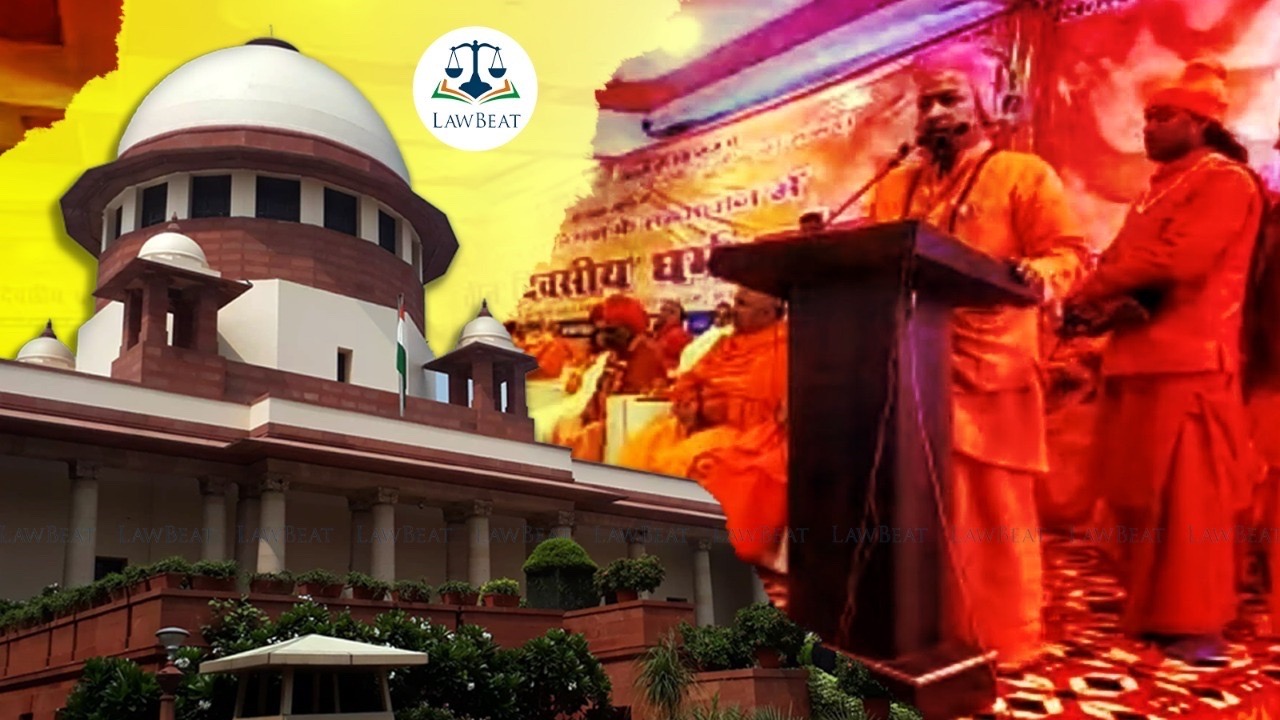 The Supreme Court on Thursday refused to issue guidelines for curbing hate speeches, adding that they have already been established.
Top Court however granted liberty to Senior Advocate Kapil Sibal appearing for the petitioners to move before the vacation bench, in case some urgent directions are required. The bench disagreed with the contention of Sibal that some guidelines are required so that similar Dharam Sansads are not organized.

A bench of Justice AM Khanwilkar, Justice Abhay S Oka, and Justice JB Pardiwala listed the matter for hearing on July 21 along with other alleged Hate Speech and Hate Crime related pending matters.

Sibal has submitted before the bench that if in between the summer vacations “these kinds of Dharam Sansad's keep happening”, there have to be some guidelines.

Sibal prayed that in case some urgent orders are required, the parties may be allowed to approach the vacation bench.

The bench was hearing a plea alleging that the “incident of hate speeches at Delhi and Haridwar consisted of open calls for genocide of Muslims in order to achieve ethnic cleansing”.

The Delhi Police in its affidavit had stated that an FIR has been registered in connection with the event organized by Hindu Yuva Vahini, Banarshidas Chandiwala Auditorium, near Delhi's Govindpuri metro station on December 19, 2021.

However, in its earlier affidavit, the Delhi Police had stated that there "has been no call for genocide against a particular community & that in fact, the bare perusal of video clip suggests that the speech is about empowering one’s religion & preparing for existential threats". On April 22, 2022, the Supreme Court had asked the  Delhi Police to file a fresh affidavit in the case.

Earlier in April 2022, the Supreme Court refused to stay the Dharam Sansad event that is to take place in Himachal Pradesh, the court however granted liberty to the petitioners to move the local authorities to the place where the event is to take place. The court has further directed the State of Uttarakhand to file a status a report on the action it has taken in respect of the 'hate speeches' that were delivered on the 17th December 2021 at Haridwar organized by Yati Narsinghanand.

On January 12, 2022, a bench headed by Chief Justice of India NV Ramana issued notice in the Public Interest Litigation while expressing its apprehension on other similar matters and intervention applications being filed with regard to the same issue. The CJI said, "There are penal laws, there is a judgment of the Supreme court as per the counsel, there are enough laws. What law can we lay down now?"

Cause title: Qurban Ali Vs Union of India