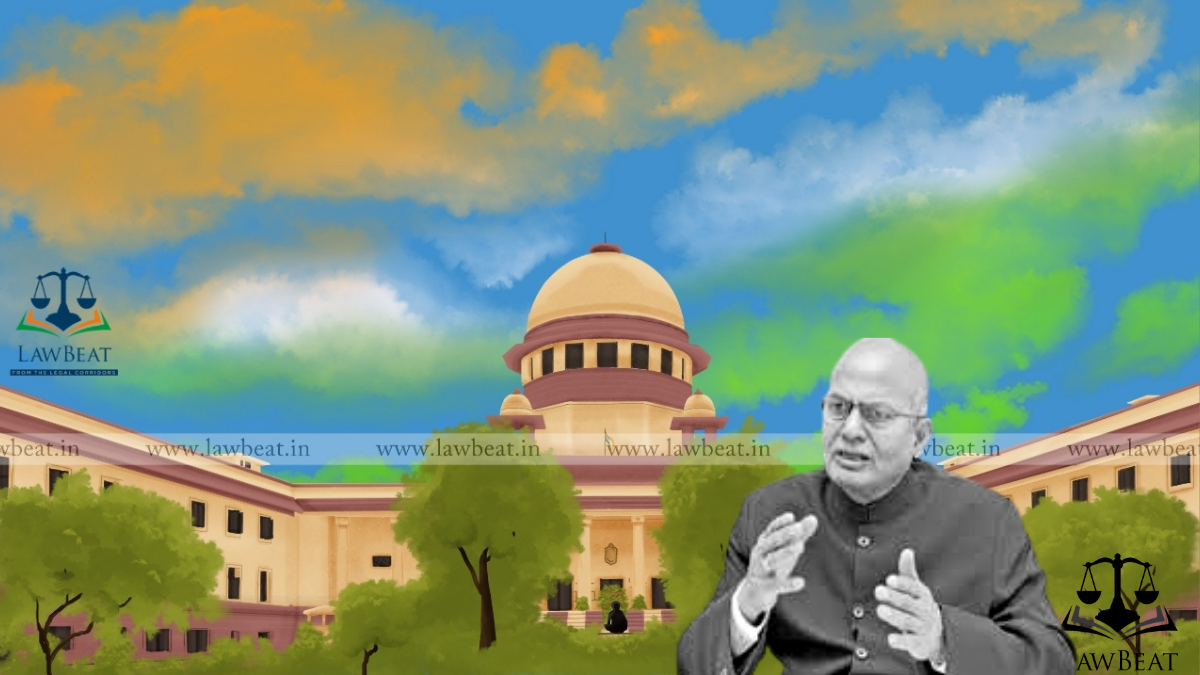 Today, a bench led by Justice Ashok Bhushan heard the plea and Advocate Prashant Bhushan appeared for Justice Eswaraiah. Justice V. Eswaraiah had moved to the Supreme Court against a Division Bench order of the Andhra Pradesh High Court, directing an investigation into a private conversation between himself and a suspended Munsif Magistrate. The said order was made on the allegation of hatching a ‘serious conspiracy’ against the High Court Chief Justice and a Senior sitting Judge of the Supreme Court.

"The HC was hearing a matter seeking investigation & enquiry regarding non-following of covid protocols. A DJ filed pen drive with this conversation before High Court. Following this, the Magistrate went to the media. I am saying, this conversation did take place, albeit with edits. There is no crime being committed, where is the question of an enquiry into this? Judge Eswariah talking about land deals regarding a sitting judge of the Apex Court. Where is the question of a purported enquiry?"

Senior Advocate Harish Salve, appearing for one of the intervenors stated,

"His (Justice Eswariah) affidavit makes things worst. There are some very serious and scandalous allegations made. He is using the opportunity via his affidavit to affirm his agenda and perpetuate it"

On 13th August, 2020, A Division Bench of Justice M. Satyanarayana Murthy and Justice Lalitha Kanneganti of Andhra Pradesh High Court appointed Retired Justice R.V. Raveendran to submit a report on the basis on an enquiry, as to the genuineness of the alleged conversation in the pen-drive, the persons involved and undisclosed interests of the third party.

On 1st December, 2020, a Special Leave Petition was filed through Senior Counsel Mr. Prashant Bhushan against the aforementioned order of the High Court, clarifying the bona fide of the petitioner, stating, “…the misconduct which he (Justice Eswaraiah) was talking about was the subject matter of an enquiry by the cabinet subcommittee regarding dubious property transactions for unlawful gain, also involving the said sitting Supreme Court Judge and other public servants at the helm of affairs in the erstwhile Government in Andhra Pradesh”

On 11th January, 2021, Supreme Court asked the Petitioner to file an affidavit admitting to have entered into a private conversation with the suspended Magistrate.

It was pleaded by learned senior counsel, Mr. Bhushan, “How can a private conversation be enquired into by the High Court? I fail to see what crime has been committed even if the conversation revolves around some misconduct by the Supreme Court judge and the High Court Chief Justice? … I request for a notice on my petition and for a stay on the enquiry.”

On 17th January, 2021, it was submitted by the petitioner that the conversation was related to Benami transactions in the new capital of AP and the relation of it with the said Supreme Court judge. It was further asserted that any allegation of ‘conspiracy’ or ‘plot’ is far-fetched and derogatory, in as much as, the petitioner has always endeavoured to protect and preserve the Independence of Judiciary.