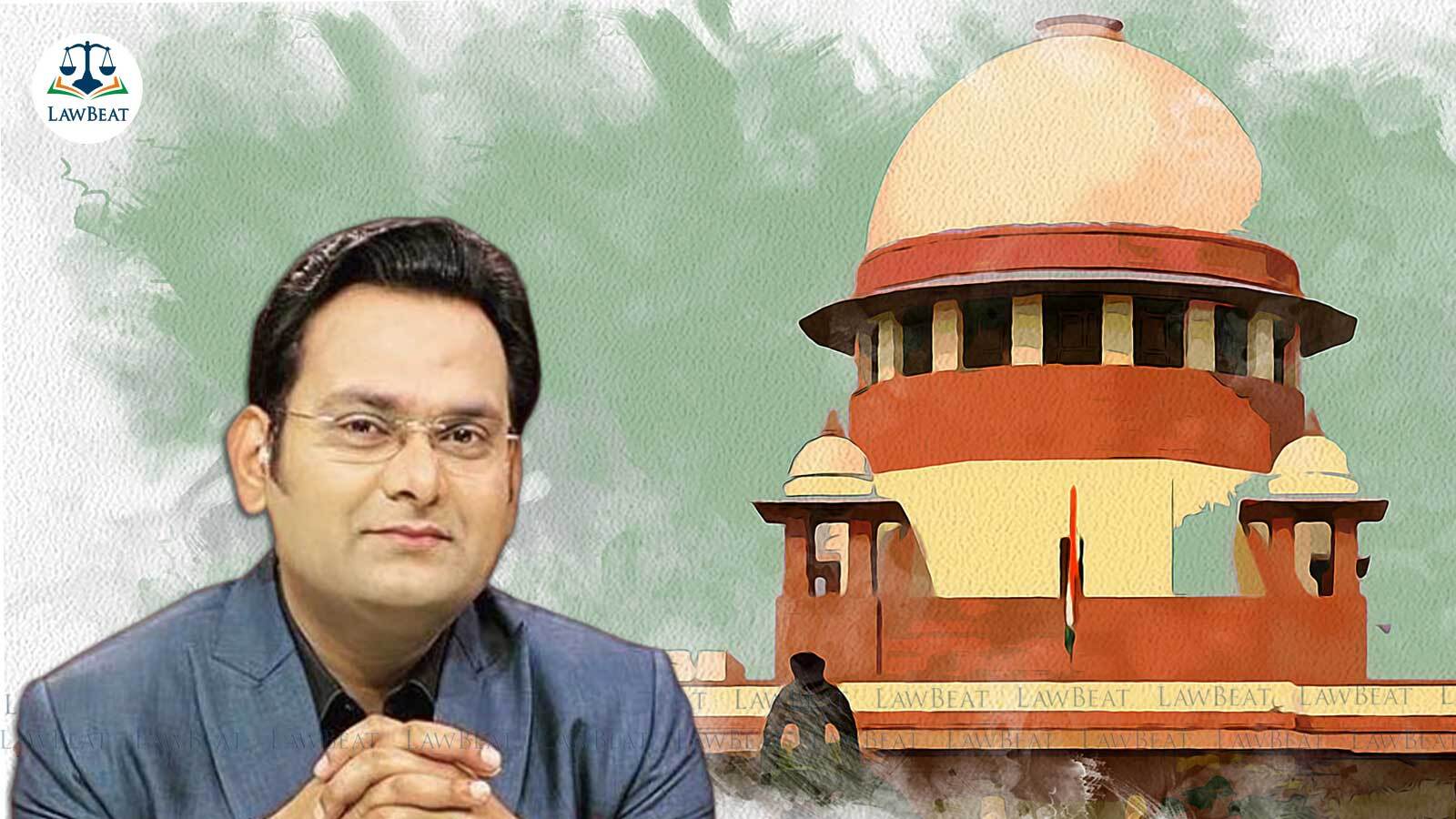 Sidharth Luthra, Sr. Adv, appearing for Ranjan, argued that the TV channel and Ranjan have already apologised for the video. He further argued that FIRs have been registered in Chattisgarh and Rajasthan for the same subject matter.

A Supreme Court bench of Justices Indira Banerjee and J.K.Maheshwari today restrained the authorities from taking TV anchor Rohit Ranjan into custody in FIRs registered against him pertaining to the misrepresented video of Congress leader Rahul Gandhi. Court also issued notice in the plea.

The above order was passed in a plea by Ranjan for quashing of FIRs, clubbing of the multiple FIRs filed against him, and protection against coercive measures.

Sidharth Luthra, Sr. Adv, appearing for Ranjan, argued that the TV channel and Ranjan have already apologised for the video. He further argued that FIRs have been registered in Chattisgarh and Rajasthan for the same subject matter.

The bench, on hearing the submissions, passed the above mentioned order.

According to the plea, multiple FIRs and complaints against him have been filed for telecasting a program namely “DNA” on Zee News on July 1, 2022. The contents of the program pertained to attacks by certain miscreants on the party office of a political party in Kerala.

It has been stated in the plea that Zee News received a video from a third-party agency namely ANI and the video was handled by Bikash Kumar Jha, who was working as a Trainee Producer, and Narinder Singh. According to the plea, relying upon the video prepared by the aforementioned individuals, a script was prepared for the Channel’s 9 pm show. It has been stated that the contents of the show contained certain factual inaccuracies.

According to the plea, upon realising the unintentional error, Zee News immediately retracted the news segment, apologised on-air and deleted all social media posts pertaining the news segment.

Ranjan too apologised for the errors committed in the said show and expressed utmost regret on his prime time show, DNA as well on his Twitter Handle. However, subsequently, multiple FIRs/ Complaints have been filed against him under various provisions of law for the same incident, even though the error was unintentional and was almost immediately set right by Ranjan and Zee News, the plea stated.

The matter was mentioned before the Supreme Court on July 6, 2022 and subsequently on July 7, 2022. Yesterday, the court informed the senior counsel that, the matter had not been assigned to a bench yet.