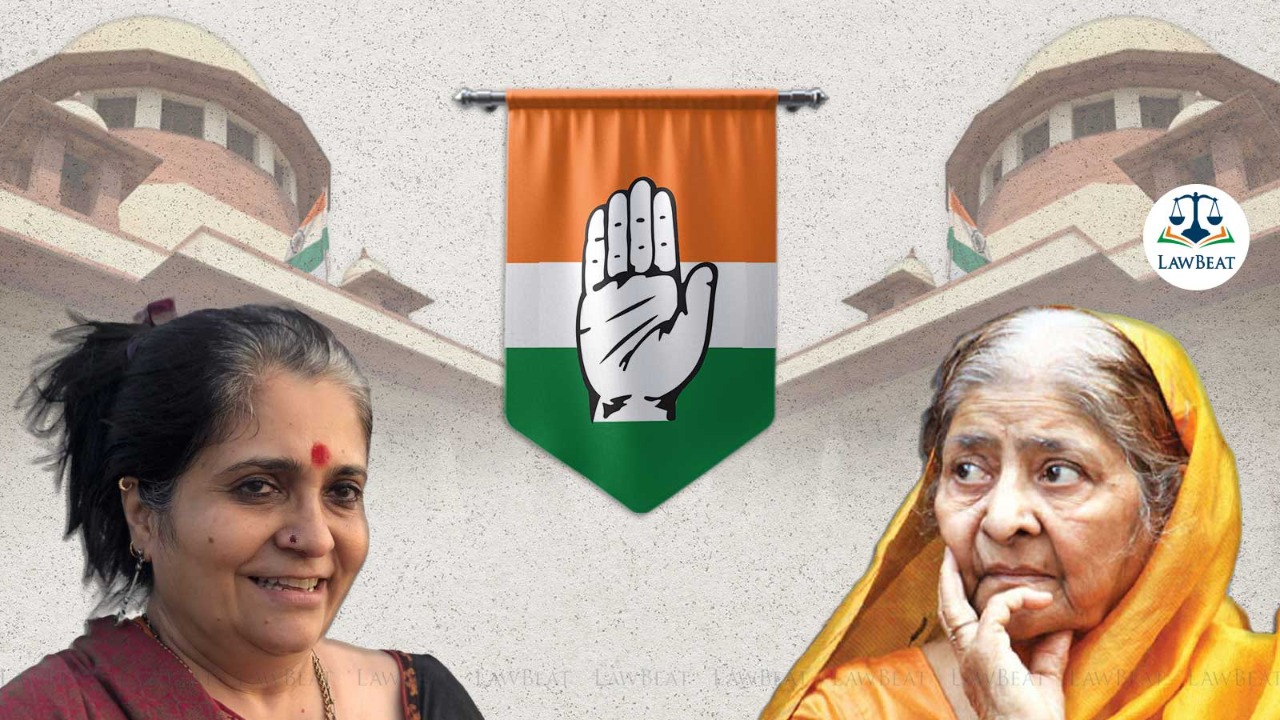 The Supreme Court judgment rejecting a plea by late Congress MP’s wife Zakia Jafri notes that it was argued by respondents that Teesta Setalvad had been vindictively pursuing the litigation for her ulterior design by exploiting the emotions and sentiments of Zakia. Interestingly, the same phrase has been used in the judgment's concluding remarks.

The Supreme Court in its judgment dismissing the plea by Zakia Jafri's which challenged ‘clean chit’ handed over to then Chief Minister Narendra Modi by SIT looking into the aftermath of Godhra carnage in 2002, has taken note of the strong objections that SIT and state of Gujarat had to implead Teesta Setalvad as a party in the litigation. The judgment notes that the respondents had argued that “Teesta been vindictively persecuting this lis for her ulterior design by exploiting the emotions and sentiments of Zakia”.

Interestingly, the Supreme Court had in its concluding remarks stated that the proceedings have been pursued for the last 16 years to keep the pot boiling, for ulterior design. However, the court has observed that it does not wish to get into the locus of Teesta Setalvad (secretary of Citizens for Justice and Peace, an organisation allegedly formed to advocate for the victims of 2002 Gujarat riots) in the litigation and has kept it to be decided in an appropriate case.

The court has in its judgment taken note of the fact that Teesta Setalvad had written letters to Dr. R.K. Raghavan, Chairman, SIT. She had forwarded these letters to the Office of High Commissioner for Human Rights Council (OHCHR), Geneva. The court had thus called upon Teesta Setalvad to explain as to why she had done so. The order notes that she had given an assurance to the Court that in future she will not repeat the act of forwarding letters written by her to SIT to the said organisation (OHCHR). The issue stood closed after the assurance.

On November 23, 2010, Sr. Adv. Raju Ramachandran and Adv. Gaurav Agarwal, were appointed as amicus curiae in the matter, by the Supreme Court. In 2011, Ramachandran was granted liberty to to examine the SIT report, analyse the same and give his own independent assessment.

He was also permitted to to interact with any of the witnesses, who had been examined by the SIT including the police officials. The Amicus Curiae had interacted with all concerned, as he desired including with Teesta Setalvad. The court has taken note of the fact that Teesta Setalvad had assisted the Amicus Curiae  presumably also for articulating the observations in the note submitted by him to the court. The court has noted that  the SIT had duly responded to these observations in the final report presented before the Metropolitan Magistrate.

The Supreme Court has recorded the submissions of the respondents that even though there was no proof regarding ‘larger conspiracy’, Teesta Setalvad, out of vengeance, was interested in "continuing with her tirade and persecution on the basis of unsubstantiated allegations in the complaint in the name of quest for justice with real purpose. It was argued that the same was done to ‘keep the pot boiling’ and sensationalise and politicize the crime.

Interestingly, the Supreme Court in its conclusion has recorded that the litigation was pursued for 16 years, ‘to keep the pot boiling’.

The respondents had argued that Zakia Ahsan Jafri in her cross-examination in Gulberg Society case had conceded that she knew Teesta Setalvad for some time and also about having met R.B. Sreekumar after the incident.

It was also argued Zakia had admitted in her cross examination that she had given statement 2003 before the Nanavati-Shah Commission and after giving that statement, she had no occasion to read copy of that statement. It was the contention of Gujarat that  Zakia was tutored by Teesta Setalvad, but she never disclosed about that. She had also admitted in her cross-examination that Mr. R.B. Sreekumar was disappointed with the Government. However, she was unable to recall about the enquiry made by the SIT in connection with the affidavit filed by her before the Commission. Hence, it was contended that she was tutored by Teesta Setalvad.

The judgment has taken note of the argument of SIT that 19 witnesses insisted to take on record their prepared signed statement(s), which according to the State, were prepared by Teesta Setalvad. To substantiate this, it was pointed out that, statements were stereotyped copies/computerised prepared statements given to them.

Appearing for the State of Gujarat, SG Tushar Mehta had argued that, the allegation regarding larger conspiracy is being pursued by  Teesta Setalvad only out of vengeance, so as to defame the entire State of Gujarat. The SG had submitted that Zakia Ahsan Jafri was used as a tool to further the said design, who in turn fell prey to the influence exerted by Teesta Setalvad. The SG alleged that, there is material in the final report suggestive of Teesta Setalvad having conjured facts and evidence including fabrication of documents by persons who were to be prospective witnesses of Zakia.

It was argued that the SIT should have taken steps to prosecute her for damning the elected representatives, bureaucracy and police administration of the of Gujarat for ulterior purposes.

The SG further took the court through allegations against Setalvad  on how the donation money, collected by them in the name of Sabrang Trust, to be spent on poor and needy persons affected by the mass violence, has been misused and misappropriated for their personal pleasure and comfort.

In conclusion the SG had contended that, even though the issues raised by the Zakia are unfounded and unsubstantiated, it is being pursued with full vigour at the behest of Teesta Setalvad, whose sole intention is to keep the matter alive.

Case title: Zakia Ahsan Jafri and Anr vs. State of Gujarat and An