"Temples & its structures part of divinity, ought to be protected": Supreme Court issues notice in plea against rules permitting illegal temple renovations 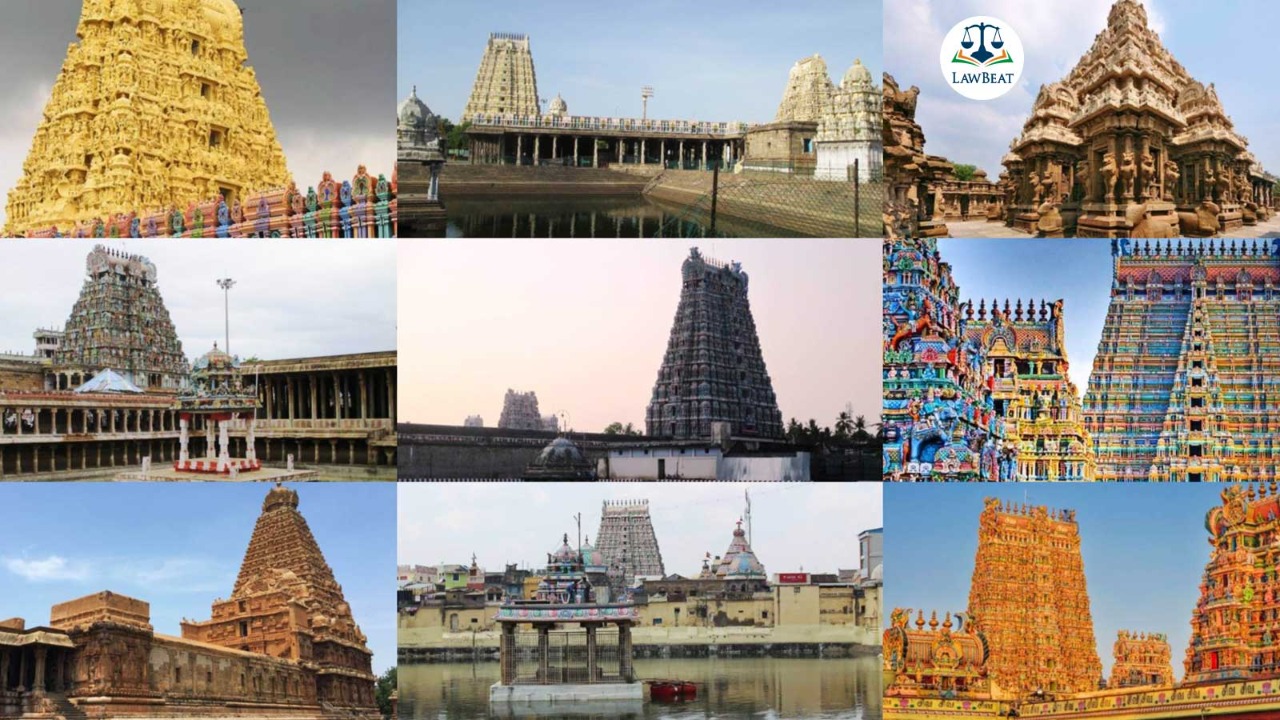 Supreme Court on Monday issued notice in a plea seeking to restrain the Tamil Nadu Government from carrying out any civil works, including constructions, renovation, restoration, conservation, repairs, etc. in temples and adjacent temple premises.

"Temples and its structures are a party of the divinity and the heritage value ought to be protected," petitioner TR Ramesh told Supreme Court

A bench of Justices Abdul Nazeer and J. K. Maheshwari issued notice on the Special Leave Petition which has challenged dismissal of a petition by Madras High Court, seeking a declaration that the Management and Preservation of Properties of Religious Institution Rules, 1964 (MPPRI) are ultra vires of Section 116(2)(xvii) and 116(2)(xix) of the Tamil Nadu Hindu Religious and Charitable Endowments Act, 1959 (TN HR & CE Act) and that the said rules ought to be in conformity of the Act.

Today, the court issued notice upon the State Government as well as the HR & CE Department and TR Ramesh was represented through his counsel J Sai Deepak.

"It is trite law that the rule making power has to exercised consistent with the scheme of the Act and not repugnant to the main provisions of the statute itself," the plea states.

According to the petitioner, the impugned rules were framed, "without even defining the various words/phrases, thereby going beyond the scope of the HR & CE Act", conferring "non-existent powers to persons who are not experts in conservation and preservation of temples and its structures". It is contended that while seeking to draw their power from the MPPRI rules, officials of the HR & CE department are now engaging in various activities which pose "grave challenge" to the religious institutions.

Ramesh has averred inter alia that as a result, the possession of temple properties are not being protected in several cases, funds are being transferred for non-temple purposes and even though on structures which are more than 100 years old, civil works need to be done as per Venice Charter, the same is not being followed and that there has been a non-adherence to the mandate which requires consultation with ASI while undertaking works at ancient temples.

"The respondents for more than 55 years have been violating, destroying and altering the heritage structures, icons, inscriptions, murals and paintings..... they have constructed new sub temples, mantapams, demolished existing structures..... built modern officers... within Heritage temples," the petition states.

Petition has been filed through KMNP Law.