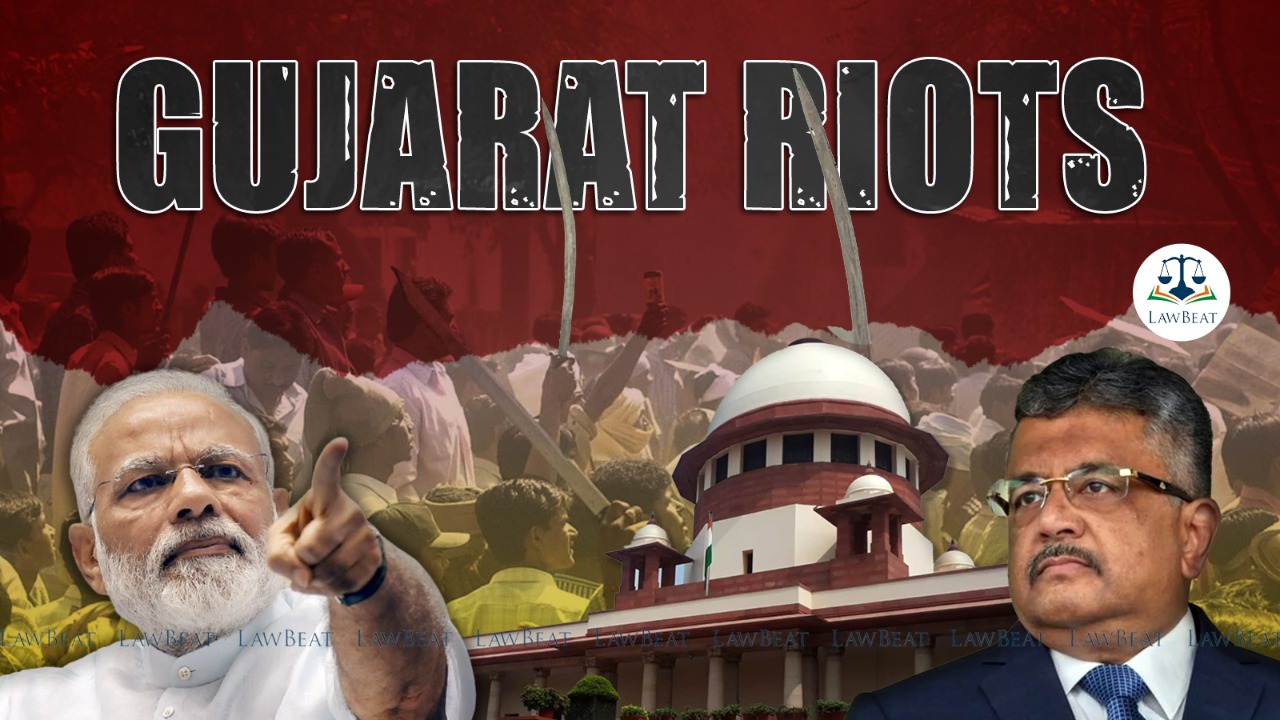 In the Gujarat Riots Case before the Supreme Court today, Solicitor General Tushar Mehta appearing for the State of Gujarat submitted that the state has nothing against the widow but the present case is nothing but the exploitation of the widow's tears, "there has to be a limit," Mehta added.

Mehta said during his arguments said that the court had an gone extra mile and directed that regular judges did “They have done their job. We had no problem. Still in 2021, we are getting complaints of larger conspiracy, it is not a castle but bubbles in the air,” Mehta said.

Further, Mehta raised serious concerns over the social work done as claimed by the petitioner, while reading their credit cards expenses details.

Whereas, Senior Advocate Mukul Rohatgi appearing for the Special Investigation Team appointed by the Supreme Court said that the fire which took place at Jafri’s house was also a reaction. The trial court says the mob got infuriated by virtue of the firing and broke a part of compound wall and entered Jafri's house.

Rohatgi further submitted that "Her entire complaint is hearsay. Accused have died witnesses are gone, how long will you keep the pot boiling. And why did she not say anything for 4.5 years. in your judgement, unjustified delay."

Earlier, Rohatgi had alleged that the idea of keeping the present plea against clean chits to the then chief minister Narendra Modi, is to keep "the pot boiling" and that this was obviously with some sinister motive. Rohatgi told the court that the present plea had been filed by a person (Teesta Setalvad) who had vested interests.