"There should be some foundation to ask for CBI investigation”: Supreme Court in case alleging "violence" by Security forces in Chattisgarh 2009 naxal attacks 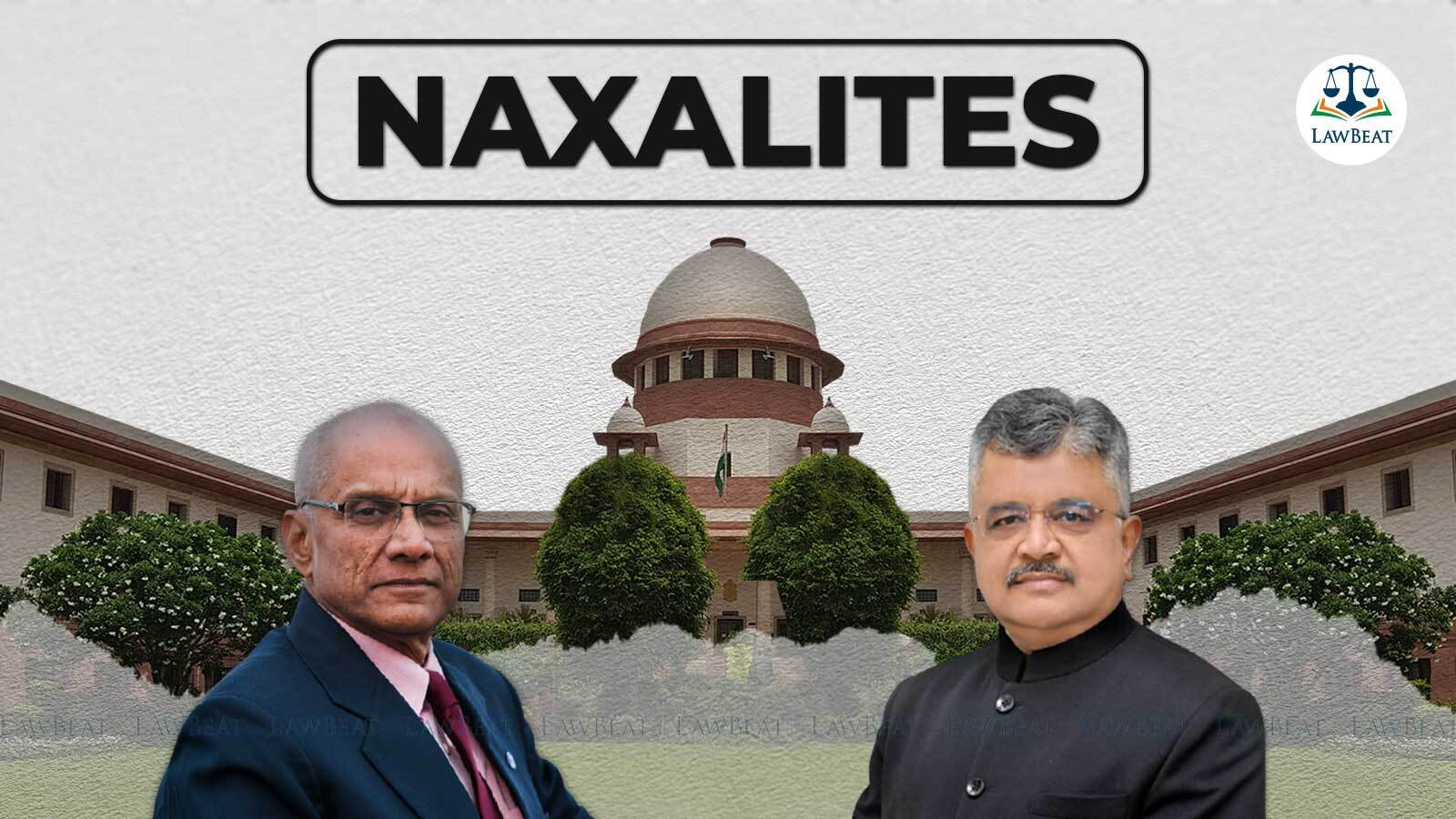 A Supreme Court bench of Justices Khanwilkar and Pardiwala today told Himanshu Kumar, who had filed a Public Interest Litigation seeking CBI probe into the alleged killing of tribals by Special Security Forces and Chattisgarh Police, that there should be a factual foundation laid to ascertain that the other agencies have not conducted a proper investigation and that there was no such proof.  Senior Advocate Colin Gonsalves who appeared for the petitioner had informed the court that the petitioner had moved the court for a CBI investigation as neither the tribals, nor Kumar trusted the Chattisgarh police.

The bench, was hearing a plea by the Centre seeking direction to initiate a CBI/ NIA probe against Individual organisations conspiring, abetting, and facilitating the filing of petitions premised on false and fabricated evidence before the Supreme Court with a motive to either deter the security agencies to act against the Left Wing (Naxal) militia by imputing false charges on them or to screen off the Left Wing (Naxal) militia from being brought to justice by "creating a false narrative of victimisation". The bench while reserving the orders in the matter questioned the Himanshu Kumar, the petitioner in the instant matter as to why he had not participated in the proceedings in the lower courts at Chattisgarh and why he is seeking a CBI investigation after 12 years of filing the petition.

Kumar along with some tribals from the areas had filed a plea in 2009 over the alleged killing of tribals in Dantewada District, Chattisgarh in September and October 2009. In February 2010, the Court had asked Kumar to produce tribals arrayed as petitioners in the PIL to speak with them personally and understand their side of the story. When the tribals were brought to the court, it was noticed that they speak only ‘Gondi language’ and no other language. The court while noting that their security is a paramount consideration said  “It is equally important that they should be allowed to express themselves freely without being influenced by any outside agencies or individuals.” The court thus appointed Judge G.P.Mittal, the District Judge of Tis Hazari Court to record their statements in the presence of the interpreter as well as Kumar. The court further ordered that District Judge shall proceed to record the statement only after being satisfied that the persons produced before him are free from any pressure and are capable of making statement without coercion. Upon recording the statements, the district judge filed a report which is being considered by Supreme Court in the case.

Solicitor General of India Tushar Mehta had yesterday argued that all the petitioners informed the district judge that the security forces did not commit any such acts. The law officer told the court that this proved that the averments of the writ petition were false. Speaking of the bonafides of the petitioner, the SG said that the petitioner has filed an affidavit after 12 years stating that the tribals were harassed into making the statement by the Security Forces and that in itself establishes the malafide of the petitioner.

Senior Lawyer Colin Gonsalves had yesterday asked told the court that the State had not filed any FIRs against the acts of violence committed on the tribals.

At this juncture Justice Khanwilkar asked Gonsalves if Kumar had at any point participated in the proceedings before the lower court since FIRs have already been registered. Gonsalves replied to this saying that none of the copies of FIR or charge sheet were ever given to Kumar.

The bench, visibly miffed, told Gonsalves that Kumar as an informant should have sought for the copies of proceedings before the lower courts at Chattisgarh instead of filing a PIL here.

“We cannot countenance such arguments before the Supreme Court in the name of a public spirited person. You came here right upto Delhi to file this petition.”

Gonsalves submitted that the Chattisgarh police did not help Kumar identify the members of the security forces who committed violence. The court asked Solicitor General to confirm if an identification parade was conducted. The Solicitor General informed the court that he will take instructions in this regard.

Noting this Justice Khanwilkar said, “If the identification parade was conducted, it will mean that Kumar was set up.”

Justice Khanwilkar said that Kumar should have immediately come to the Court if he had grievance with the investigation while noting that the petition is an abuse of the process of law.

Gonsalves further said that Kumar is an "exemplary person" who was doing some social work in the naxal affected areas. He argued that he was running an Ashram in Chattisgarh on "Gandhian values" that were bulldozed, Kumar was also sent out of the State and he is now living in Himachal. Justice Khanwilkar asked Gonsalves to argue points that were in record and not go beyond the scope of the litigation.

Gonsalves said the they had approached the court for a CBI investigation and that Kumar “has no love for the naxalites”.

He added that It is possible that the officers mistook the villagers for naxalites. He said, “How can it be that they change police officers to naxals. I am not interested in revenge milords. I can tell you that the tribals are in a totally shattered state.”

Gonsalves asserted his stand that the Chattisgarh police cannot conduct an investigation in this matter as their officials were themselves involved in the acts of violence. He however said that the police are much better now. The bench questioned Gonsalves as to why the Chattisgarh police cannot investigate since he himself says they they are much better.

The bench on hearing his submissions reserved the case for orders.