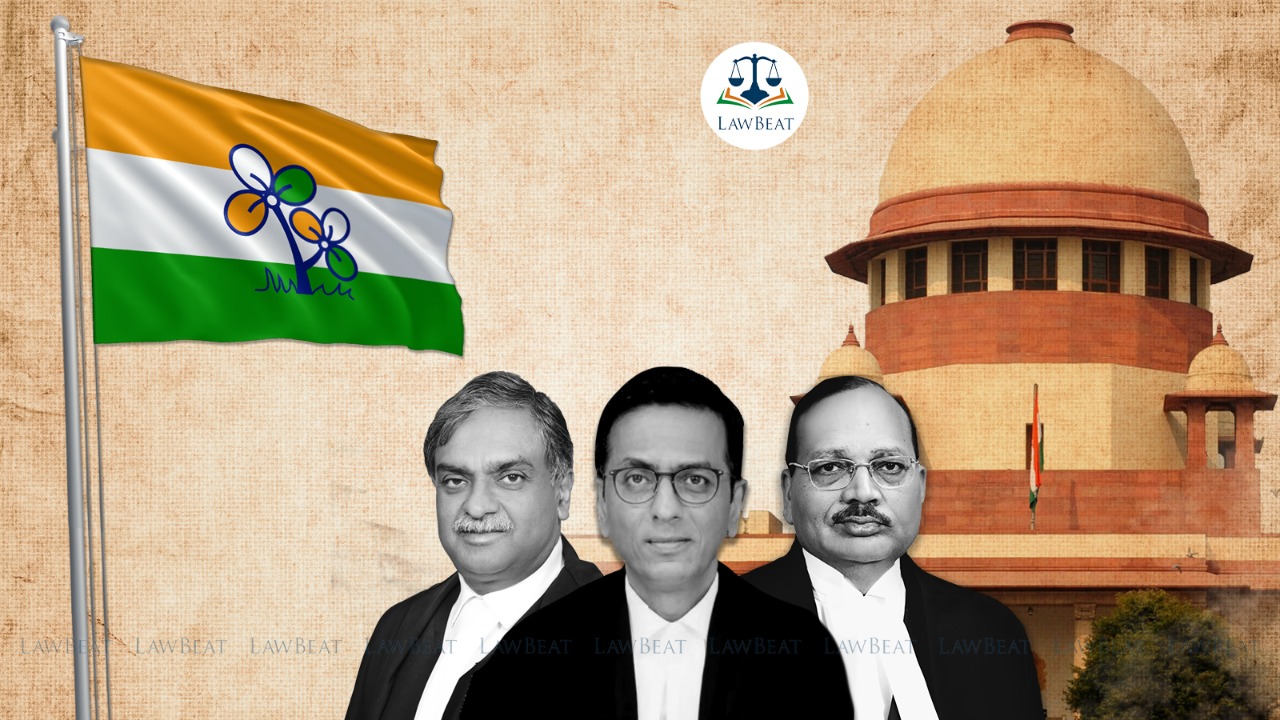 The Supreme Court on Thursday passed an affirmative ad interim order in a plea by All India Trinamool Congress (AITC), seeking a direction to the authorities in the state of Tripura "to discharge their constitutional and statutory duty of ensuring the maintenance of security and safety before the upcoming Municipal elections".

A bench of Justices DY Chandrachud, Surya Kant & Vikram Nath directed the authorities in Tripura to consider the complaint's of the AITC and enable "smooth conduct of elections".

"We expect that necessary arrangements to be put in place by the authorities, together with law enforcement. We direct the respondents by ad interim order to consider the the complaints of the petitioner," the Top Court said, while pronouncing the order in open court.

Senior advocate Gopal Sankarayanan appeared for AITC today and informed Court that even though the petitioner(s) had also approached the Tripura High Court, the case was not taken up. In this regard, the petitioners submitted,

On the prayer seeking security be provided to the members of the AITC, the Justice DY Chandrachud led bench directed that the law enforcement, DGP and Secretary to the Government to put in necessary arrangements in order to effectuate the same.

"As regards to individual security, the respondents 3 to 10 to take appropriate measure. An Affidavit shall be filed by 1st respondent to explain the steps in response to the order and ensure elections are conducted properly"
- Supreme Court

The petitioner party has cited the “sustained campaign of violence by mobs of hooligans against the leaders, contestants and members of AITC with an aim to thwart them from campaigning for the upcoming elections which are due to be held on November 25, 2021”.

Court thus noted, "at this stage, we are of the view that since the election process has commenced it is the obligation of the respondents to ensure that no political party is prevented from pursuing its rights in accordance with law for campaigning in a peaceful manner".

The plea further cites various instances of violence starting from August where their members were attacked. It also outlines the details of FIRs registered and whether any action was taken with respect to the same or not.

It is the case of the petitioners that on account of the continuous assaults by a mass of criminal elements being perpetrated in the State, they are finding it extremely difficult to carry on with their campaign.

"Cars and other vehicles of the Petitioners and their supporters are being damaged by the goons and hooligans. As of now, at least 30 cars have been damaged, Petitioner no.1’s workers have been beaten and their properties as well as party's offices have been  vandalized", avers the petition.

Furthermore, the plea alleges that such regular assaults are only possible because of the deliberate failure on the part of the police to take timely action at the behest of political opponents who are right now a part of the Government.

It is further sought that a neutral and fair SIT, headed by a retired judge be constituted so that free and fair investigation could be carried out in relation to acts of vandalism and hooliganism targeted against the Petitioners.

AITC also prays that the authorities be directed to take immediate action on the complaints filed by persons who are victims of criminal assaults, intimidations and other criminal activity in the run up to the election process.

A direction asking the respondent authorities to restrain from using their power in an arbitrary and illegal manner so as to allow the petitioner to continue with the campaign in free and fair manner, is also prayed for.