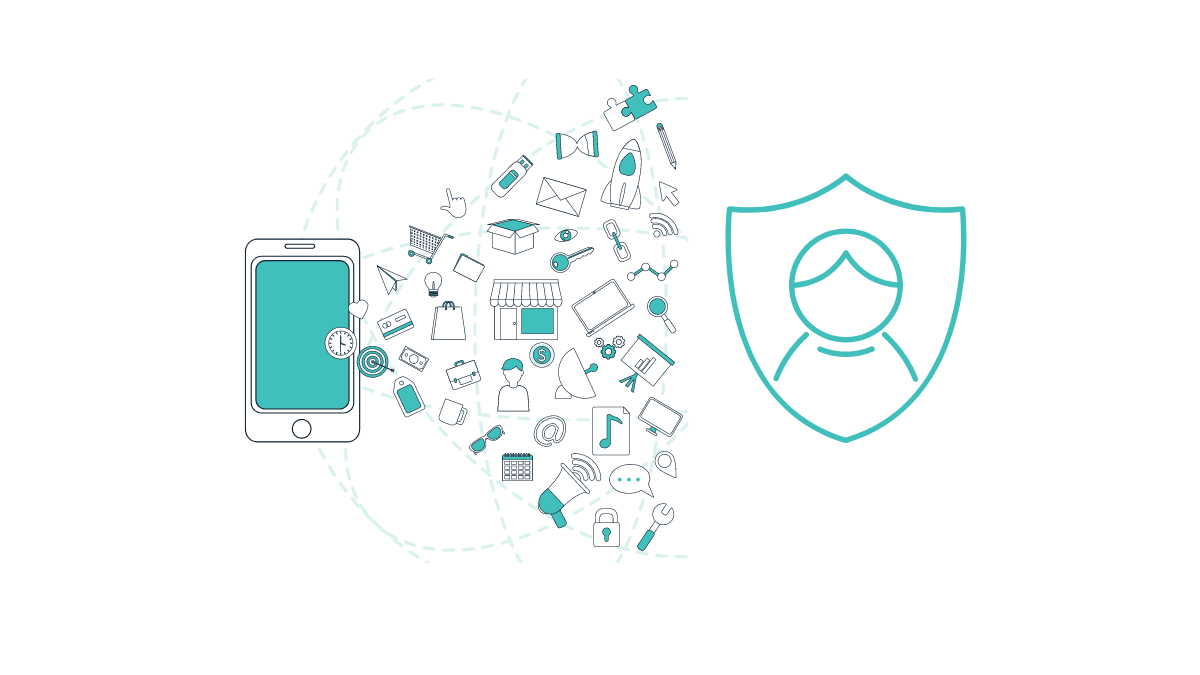 Advancement in technology and advent of the internet has catalysed many positive opportunities for children around the world. However, this advancement has also proven to be a domain for exposing children to sexual abuse & exploitation. Digital media and the use of social media platforms has opened doors for communication between child sex offenders for accessing, producing & disseminating child sex abuse material. It has also enabled abusers to establish contact with children and develop relationships with them which are often sexual in nature. "Grooming" potential child victims for sexual abuse as well as influencing them to fall prey to an overly sexualised culture without any physical contact between them is also being witnessed across the globe.

This proliferation is creating huge challenges for the investigators & social networks viz. preventing the sharing of child sexual abuse content. A few decades ago, the conduct of sexual harassment and abuse through online platforms was out of the question. With circulation of millions of images and videos everyday online, Indian law enforcement agencies have implemented appropriate Legislations to protect children.

“As per the report of 2019, 63 online sexual harassment cases were registered in three months before the cyber unit of the Online Child Sexual Abuse & Exploitation (OCSAE). Around 3,00,000 cases along with 92,000 SOS calls were made as per the records of ChildLine India.in 2020 during the lockdown.”

With the issues of child sexual abuse making their way into the world of the internet, it becomes supremely important to be aware of the laws that safeguard the privacy & interest of children online. Thus, understanding the Legal Framework governing the protection of children against online sexual abuse becomes important, especially in terms of the newly notified Information Technology (Intermediary Guidelines and Digital Media Ethics Code) Rules, 2021.

Pursuant to calling of Attention Motion on the Misuse Of Social Media And Spread Of Fake News in the Rajya Sabha, issuance of directions by the Supreme Court vide order dated December 12, 2018 in Re: Prajwala Letter Dated 18.2.2015 Videos Of Sexual Violence and in line with the recommendations of the Ad-Hoc Committee Report to study the alarming issue of pornography on social media and its effect on children and society dated February 3, 2020, Ministry of Information and Broadcasting along with Ministry of Electronics and Information Technology held inter-ministerial meetings.

In this piece, an attempt has been made to analyse the recommendations that were put forth by the Ad Hoc Committee and whether they have found place in the newly notified rules.

Rule 5(2): Additional Due Diligence To Be Observed by SSMI

Provision of the Rule: A SSMI is required to enable the identification of the first originator of the information on its computer resource for the purposes of prevention, detection, investigation, prosecution or punishment of an offence related to the sovereignty and integrity of India, the security of the State, friendly relations with foreign States, or public order, or of incitement to an offence relating to the above or in relation with rape, sexually explicit material or child sexual abuse material, punishable with imprisonment for a term of not less than 5 years required as per the order passed by court or in terms of order passed by competent authority under Section 69 of the IT Rules, 2009.

2. Recommendation: Preparation of Code of Conduct for use of intermediaries laying down the general principles & practical guidelines maintaining child safety online, ensuring age appropriate content and curbing use of children for pornographic purposes

Rules 4(1)(b), 10(4) and the Schedule stipulate Due Diligence to be observed by intermediary, Self Regulating Mechanism and a Code of Ethics.

Provisions of the Rules:

4(1)(b): Intermediaries are required to inform the user of computer resource to not host, display, upload, modify, publish, transmit, store, update or share any information that is:

10(4) & Schedule In the Code of Ethics: Publisher to classify the online curated content into the categories having regards to context, theme, tone, impact and target audience of such content, with the relevant rating for such categories based on an assessment of the relevant content descriptors in the manner specified in the said Schedule.
Content Classification:
Classification of content to be transmitted/published/exhibited on the basis of nature & type of content into the following categories:

Display of Classification:
Publisher of online curated content to display the classification rating specific to each content or programme with a content descriptor informing the user about the nature of the content, and advising on viewer discretion (if applicable) at the beginning of every programme enabling the user to make an informed decision, prior to watching the programme.

3. Recommendation: Require reporting by intermediaries to Indian and not just to foreign authorities.
Rule 4(1)(o): Due Diligence by Intermediaries
Provision of the Rule: Intermediary to report incidents of cyber security & share related information with Indian Computer Emergency Response Team as per the procedure laid down in IT (The Indian Computer Emergency Response Team and Manner of Performing Functions and Duties) Rules, 2013.

4. Recommendation: Mandatory apps on all devices sold in India that monitors children’s access to pornographic content & All social media platforms should be mandated with minimum essential technologies to detect Child Sexual Abuse Material besides regular reporting to law enforcement agencies in the country.
Rule 5(4): Additional Due Diligence by SSMI
Provision of the Rule: SSMI to deploy technology based measures including automated tools or other mechanisms to proactively identify information that depicts any act or simulation in any form depicting rape, child sexual abuse or conduct, whether explicit or implicit, or any exactly identical information previously removed or access to which has been disabled as per Rule 3(1)(d) of the Rules.

5. Recommendation: Social media shall have mechanism for age verification and restricting access to objectionable/obscene material.
Rule 5(7): Additional Due Diligence By SSMI
Provision of the Rule: SSMI to enable users registering for their services from India or in India to verify their accounts voluntarily by using appropriate mechanisms such as the user's active Indian mobile number. After voluntary verification, users to be provided with a demonstrable & visible mark of verification.

6. Recommendation: Union Government shall be empowered through its designated authority to block and/or prohibit all websites/intermediaries that carry child sexual abuse material.
Rule 12(2): Oversight Mechanism
Provision of the Rule: The Ministry of Information & Broadcasting to designate by notification in the Official Gazette, an officer of the Ministry not below the rank of a Joint Secretary, as the “Authorised Officer”, authorised to issue directions for blocking for access by the public any information generated, transmitted, received, stored or hosted in any computer resource u/s 69 A(1) of the IT Act, 2000.

7. Recommendation: A national Tip line Number should be created where child sexual abuse as well as distribution of child pornographic material can be reported by concerned citizens.
Rule 4(1)(p): Due Diligence by Intermediary
Provision of the Rule: Upon receipt of complaint in relation to content which prima facie in the nature of non consensual transmission of any material which:

Rule 10(1): Furnishing and processing of grievance
Provision of the Rule: Any person having a grievance regarding content published by a publisher in relation to the Code of Ethics may furnish his grievance on the grievance mechanism established by the publisher under rule 11.

Under Section 69 A of the IT Act,2000, Central Government or any specially authorised officer in the interest of sovereignty and integrity of India, defence of India, security of the State, friendly relations with foreign States or public order or for preventing incitement to the commission of any cognizable offence direct any agency of the Government or intermediary to block for access by the public or cause to be blocked for access by the public any information generated, transmitted, received, stored or hosted in any computer resource by recording reasons in writing.

POCSO Act,2012 was implemented to protect the children from offences of sexual assault, sexual harassment and pornography & to provide for establishment of Special Courts for trial of such offences.

Section 13 of POCSO Act,2012 makes any person who uses child in any form of media for sexual gratification that includes representing sexual organs of a child, engaging them in real or simulated sexual acts either with or without peneteration or representing child in an indecent or obscene manner guilty of the offence of using child for pornographic purposes.

Section 14 of POCSO Act,2012 deals with the Punishment For Using Children For Pornographic Purposes

Conquering The Root Cause:
In India, advancement of technology, easy availability of internet & smartphones has made every other child victim of online sexual harassment. It is thus of paramount importance to protect the children from sexual exploitation online. Although the existing laws and the implementation of the Rules aimed at creating a tightrope on the miscreants have undoubtedly made a significant contribution in tackling the problem of online child sexual abuse in India, however to eradicate the problem from its root and ensure proper implementation of these Rules in letter & spirit, there is a need to create awareness among parents to recognise early signs of child abuse, online risks and improving online safety for their child. Schools should undertake training programmes for parents at least twice a year, making them aware of hazards for children of free access to smartphones, internet at an early age.