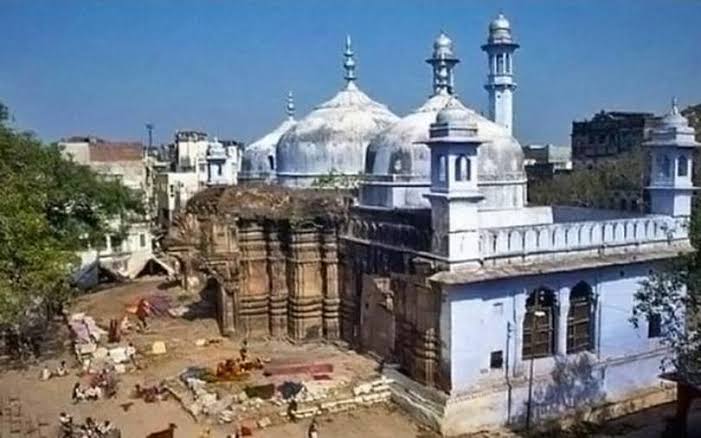 A local court in Varanasi on Wednesday sought responses from the Uttar Pradesh Government, Gyanvapi mosque committee and Board of Trustees of Shri Kashi Vishwanath Temple, in a plea filed by 5 women seeking performance of Darshan, Pooja of the deities inside the mosque complex.

The petitioners have urged that to protect right to religion guaranteed by Article 25 of the Constitution of India, a mandatory and permanent injunction to the defendants be issued that no interference will be made in performance of Darshan, Pooja of Goddess Maa Srinigar Gauri, Lord Ganesh, Lord Hanuman, Nandiji, visible and invisible deities, Mandaps and shrines existing within old temple complex.

The plea read that according to scriptures of Sanatan Dharma, Lord Shiva revealed at Kashi and established “Avamukt kshetra” in a radius of 5 Krosh in Varanasi. Thereafter, a number of Muslim invaders attacked in Kashi repeated the barbarous act of Mohd. Gori; Hindus sustained such attacks and temple was re-built/restored at the same very place.

The petition alleged that Land No.9130 along with five krosh land had already stood vested in the deity AdiVisheshwar lacs of years ago and deity is Dejure owner but despite this fact Muslims without creating any waqf and having ownership of land forcibly without any authority of law raised a construction and termed the same as Gyanvapi mosque.

“It is undisputed that no waqf can be created over the property belonging to and vested in the deity. A mosque can be constructed only on waqf property. There is no evidence up till now that Aurangzeb had created any waqf for construction of mosque. Therefore, the the Muslim community is encroacher of the land and they have no right to use the land for performance of any religious act concerning the Muslims,” the plea states.

Importantly, petitioners have averred that in case the damage is caused to the deities, images and places of worship by any person or a party to the litigation, the entire Hindu public would suffer irreparable loss and that will affect law and order in situation as well.

Expressing a fear that the State Government and the District Administration of Varanasi would be silent spectators and they will not take any action, the petitioners have contended that it is the duty of the State Government and District Administration to ensure that no damage is caused to the images and places of worship existing within the building complex.

Hearing the matter, the court of Civil Judge, Varanasi has called for a spot report and has listed the matter for hearing on September 10.

The Court has also directed that notices be issued to the District Magistrate, Police Commissioner of Varanasi, within three days.