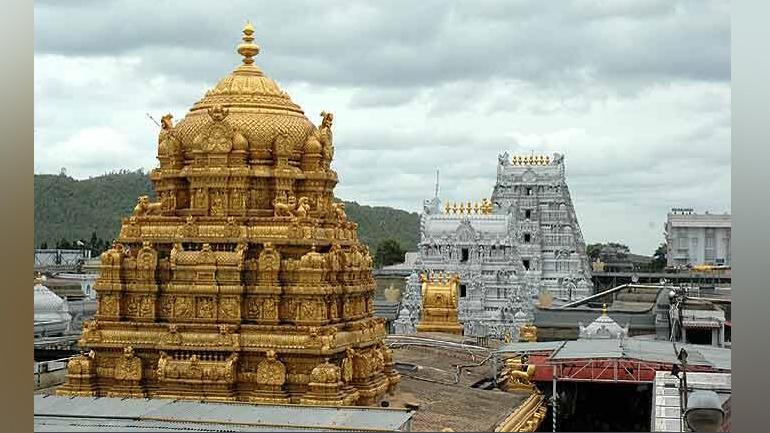 The Supreme Court on Wednesday sought response from the Tirumala Tirupati Devasthanam (TTD) in a plea challenging the dismissal of an Andhra Pradesh High Court order which had rejected the plea of a Devotee to look into irregularities of "Pooja and Archana" within the sanctorum.

A bench headed by CJI NV Ramana said that the Supreme Court is interested in protecting the traditions and rituals of Lord Balaji. He added that he himself was a devotee of Balaji, however, it seemed far-fetched to suggest that delving into the issue of conduct of Pooja and rituals at the sanctorum had anything to do with fundamental rights.

"We are a constitutional court. How can we get into these issues?," said the CJI to Petitioner in person Srivari Dadaa.

In this light, the Chief Justice asked the counsel appearing for TTD, Satya Sabharwal whether a response on the devotee's grievance could be put on record within a week.

"We are all devotees of Lord Balaji, my brother judge, sister judge, all are devotees of the Lord," said the CJI.

The Andhra Pradesh High Court, while dismissing the PIL, had on January 1, 2020 observed that since the procedure of conducting rituals is the exclusive domain of the Devasthanam, it could cannot be a matter of adjudication unless it impacts secular or civil rights of others.

A bench of Justice Joymala Bagchi and C. Praveen Kumar had further noted that the Devasthanam could not be said to be discharging public duties in the matter of conducting rituals. "Such activities falling within ecclesiastical domain are not amenable to writ jurisdiction at the behest of an outsider," the court had observed.