“We Are Not One Stop Solution For Every Problem In The Country”: Supreme Court Directs Okram Henry To Approach High Court 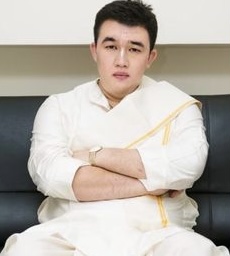 The Supreme Court Bench led by CJI SA Bobde, Justice AS Bopanna & Justice V Ramasubramanian have directed BJP leader Okram Henry Singh to approach the High Court in his plea to hold bye elections to the post of MLA of 15- Wangkhei Assembly Manipur.

“We are not one stop solution for every problem in the Country. Approach High Court”, CJI said to Sr Adv Mukul Rohatgi appearing for the Okram Singh Henry.

To this Sr Adv Mukul Rohatagi replied, “One stop place”.

Okram Henry Singh who was elected as member of the 11th Manipur Legislative Assembly from 15 Wangkhei AC to Indian National Congress & was appointed as Social Welfare Minister of Manipur. When he was elected, he belonged to INC but in August 2020, due to some ideological differences, he resigned as MLA of INC & joined BJP. Although the resignation was accepted by the Manipur Legislative Assembly on August 11,2020 but the ECI failed to conduct bye election within a period of six months in view of arising of casual vacancy. Due to delay in conducting elections & to avoid losing his ministership, Henry approached the Supreme Court pleading to issue a directive to the ECI to conduct bye-election for 15 Wangkhei AC.

Henry in his petition pointed out that in order to continue as a Minister, he had to be elected as a member of Legislative Assembly within 6 months from the date of induction as Minister & had to be re elected on or before March 24 as under Art 164(4)  of the Constitution of India, “A Minister who for any period of six consecutive months is not a member of the Legislature of the State shall at the expiration of that period cease to be a Minister”.

He also submitted that the Election Commission of India was not conducting bye election due to the pendency of election petition before the Manipur High Court since four years but u/s 86(6) & 86(7) of The Representation Of People Act, 1950, “The trial of an election petition shall, so far as is practicable consistently with the interests of justice in respect of the trial, be continued from day to day until its conclusion, unless the High Court finds the adjournment of the trial beyond the following day to be necessary for reasons to be recorded.” & “Every election petition shall be tried as expeditiously as possible and endeavour shall be made to conclude the trial within six months from the date on which the election petition is presented to the High Court for trial.”

On the last date of hearing, the Bench ordered to hear the matter after holi.