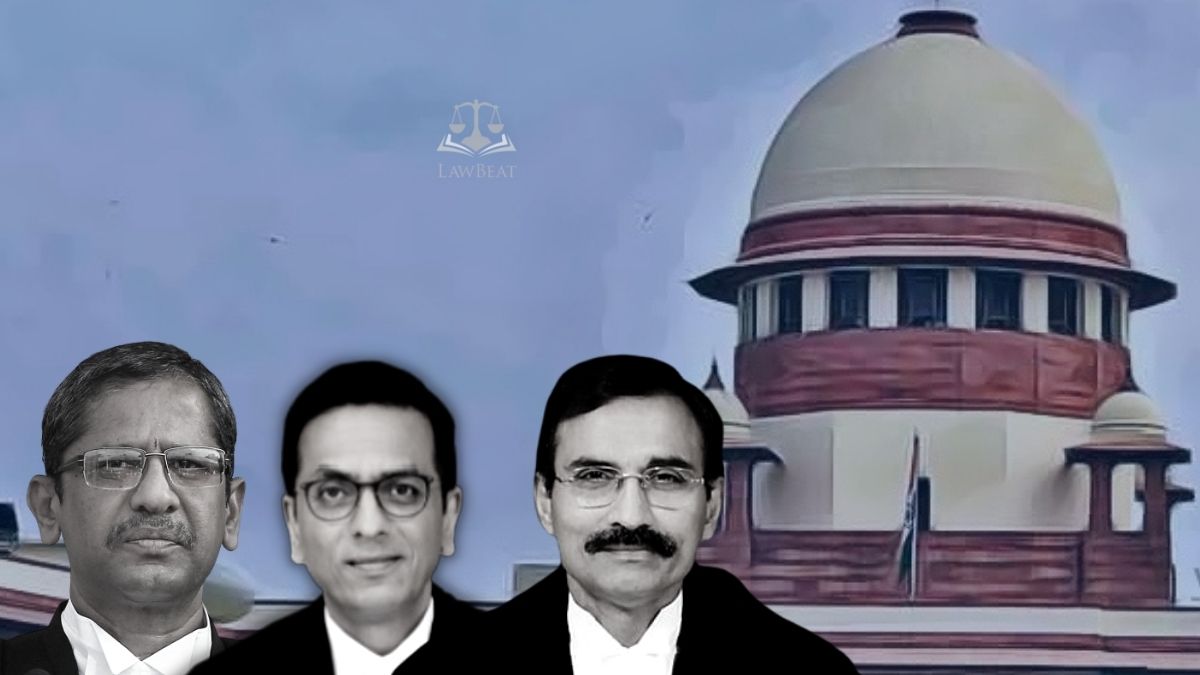 The Supreme Court today asked the Central Government to expedite Tribunal Appointments and come back before Top Court with an affirmation on the appointments to Tribunals by Monday.

The Bench led by CJI Ramana appeared visibly upset over the Tribunal Reforms Act, 2021 and the Legislation's tenets which reduce the members and chairpersons in Tribunals but added that it did not want any confrontation with the Government on the issue.

"We are upset, what else can we say, this is in disregard to our judgment (Madras Bar Association Case)," said the CJI.

The court was hearing plea's challenging the Tribunal Reforms Act, 2021, one of which is by a Congress leader, Jairam Ramesh. The other batch of plea(s) which are being heard together also concern filling up of vacancies in various Tribunals and constitution of Goods and Services Appellate Tribunal.

During the hearing, Solicitor General Tushar Mehta told Court that the Government was in the process of making appointments to the Tribunals and that a letter dated September 6, 2021 by the Government addressed to him stated that the same will be done in 2 weeks hence.

The CJI, visibly upset, said that the same was said on the last date as well and that the Government must amp up the process of filling up Tribunal Vacancies.

"We are happy with the appointments made for the Supreme Court by the Government. What happened with the Tribunals?," said CJI

Apart from that, the Bench also stated that the Government had gone against its judgment in the Madras Bar Association Judgment with the introduction of the Tribunal Reforms Act. Here, the Court was specifically engaging in the discussion on the plea challenging Tribunal Reforms by Jairam Ramesh, a Congress Leader.

Justice Chandrachud specifically pointed out that Tribunals are cornerstones of the Justice Delivery system and that unmanned NCLT & NCLAT meant IBC proceedings stalling.

The other Judges concurred with this.

Abhishek Manu Singhvi said that he was shell-shocked about the Government's decision to go forward with the Tribunal Reforms Act.
"We have given a small note which juxtaposes old and new provisions, in section 3(1), 3(7) and 14 and 7(1) are identical to struck down provisions in the last case. This court should consider these provisions cannot operate as they are a flagrant contempt," he said.

The CJI however said that everyone was well-aware of the issue.

It is pertinent to note that on the last date, the bench which was also led by CJI Ramana had said,

“It is open to the legislature within certain limits to amend the provisions of an Act retrospectively and to declare what the law shall be deemed to have been, but it is not to say that a judgment of a Court properly constituted and rendered in exercise of its powers in a matter brought before it shall be deemed to be ineffective and the interpretation of the law shall be otherwise than as declared by the Court".

Also, it had provided two weeks to the Centre to make appointments in the Tribunals which remain unmanned within 2 weeks.