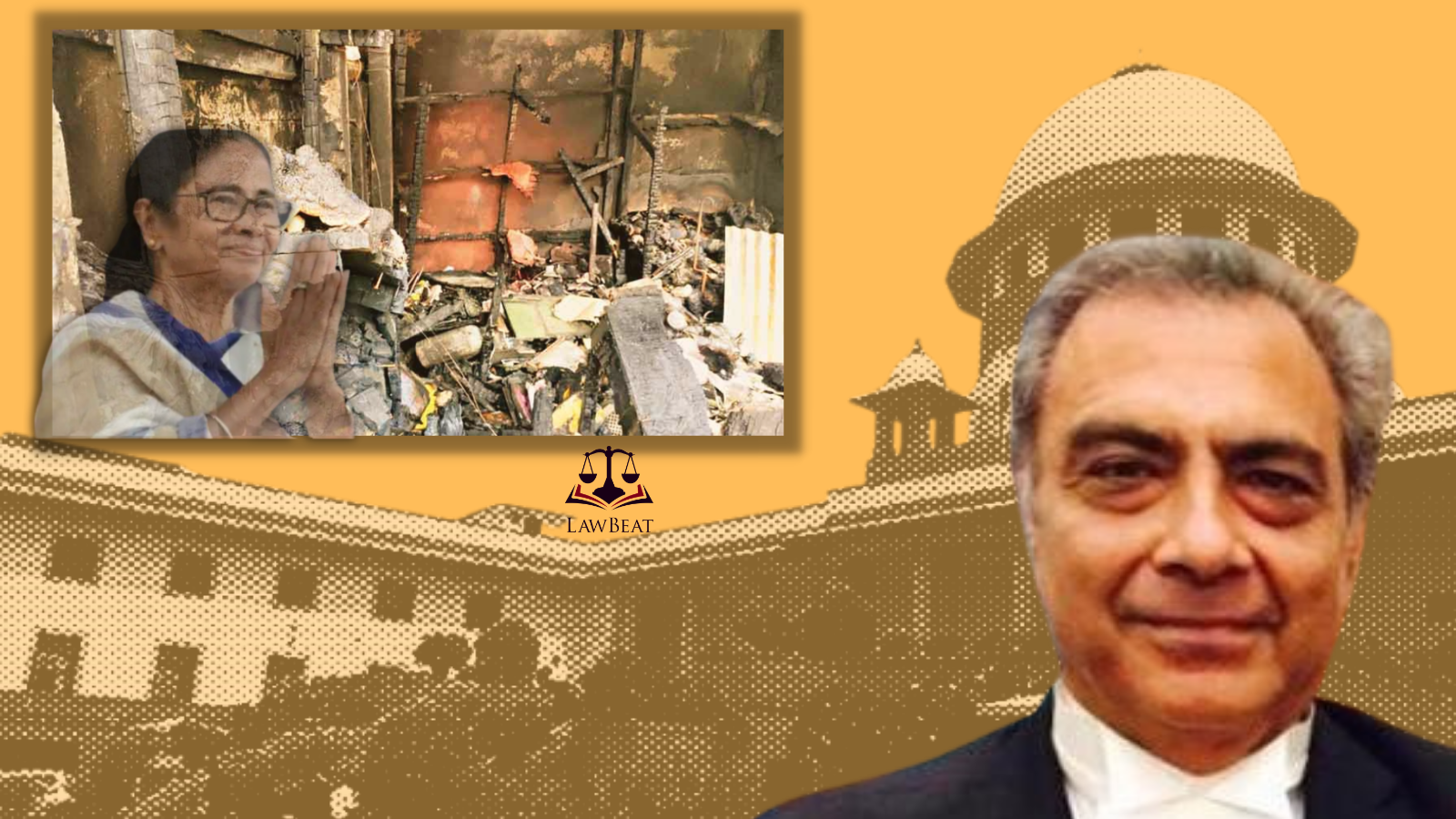 The Supreme Court on Tuesday sought the response of West Bengal Government in a plea seeking an SIT/CBI’s probe into the death of 2 BJP Activist(s) Avijit Sarkar & booth worker Haran Adhikari & other large scale incidents of violence unleashed allegedly, at the behest of All India Trinamool Congress supporters.

A bench of Justice Vineet Saran & Justice BR Gavai has issued notice in the plea. It noted today,

“Issue notice. Notice is permitted to be served on the standing counsel through Dasti as well as through email."

The plea has been preferred by Biswajit Sarkar, the younger brother of the deceased Abhijit Sarkar, who was killed by a mob comprising 20 supporters of West Bengal’s ruling party in power in his mother’s presence & also by widow of Haran Adhikari, a local booth worker who was attacked with bricks, sticks, spade, shovel at his home and brutally killed in the presence of his 80 year old father.

Moments before his death, Sarkar had uploaded a video on Facebook highlighting how the TMC workers not only ransacked his house & NGO’s but also mercilessly killed voiceless puppies & specifically blamed TMC for his attack & his eventual death.

Sr Advocate Mahesh Jethmalani appearing for the petitioner submitted that the attacks were pre mediated & orchestrated at the behest of the ruling dispensation.

“The state is taking no action. This is a matter which requires appointment of SIT. This particularly I have to emphasise is an extremely serious petition. This involves murder of 2 BJP activist & the inaction of the police to not only take action but also hamper the investigation. The police didn't help at all," submitted Jethmalani.

It was also his contention that the family had not received the body of Avijit Sarkar, an ordinary citizen of Belaghata in Kolkata who was murdered while the results in West Bengal polls were being declared & thereafter requested for videographing the post mortem.

“In the case of the first murder, the body has not been received. We only request a post mortem of the body to be videographed. It should not be allowed to be cremated. That’s what the family wants”, Jethmalani further said.

In addition to the SIT, the plea also seeks to examine the failure of the State administration which while identifying itself with this vengeful cause of the ruling political party in the State chose to turn a blind eye leaving victims of these crimes remediless.

“The entire genocidal attacks are part of a well thought of political design of the party in power to take political revenge after declaration of results of assembly elections on 2nd May, 2021. There are a series of such well planned attacks with the active connivance, knowledge, support and at times participation of the local police under the instructions of the State Government," the plea states.

An incident 10/12 days prior to deceased(s) death wherein the candidates ruling party along with her associates in a public meeting wherein openly remarked, “I will kill the two brothers & send them to the gates of hell,” has also been mentioned in the plea.

The plea further cites an incident wherein Ms Mamta Banerjee in one of her rallies in Nandigram on April 1, 2021 had remarked, “We are going to be here, once the central forces have left, we will see”.

“The indiscriminate killing of innocents is continuing across all districts of the State of West Bengal in a coordinated manner. The State Government has abdicated its responsibility. The law enforcement agencies are failing to function and acting as mute spectators at the instructions of the State Government as their party cadres go on a rampage unchecked. The investigation is stage managed. Owing to the sensitive nature of the cases and lackadaisical attitude of the law enforcement agencies, constitution of a SIT is imperative. The present environment in West Bengal is such that it is impossible to hold a fair and impartial trial uninfluenced by extraneous considerations.”
- excerpt from the plea.

The matter in which the petitioner in addition to other reliefs has also sought for Hon’ble Court to monitor the investigation, trial & the progress of the alleged murders & attacks occuring in the aftermath of the State’s Assembly Elections will be heard on Tuesday.