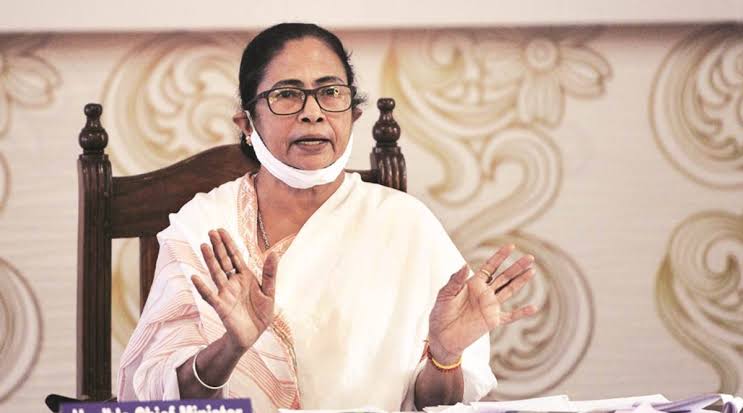 The National Commission of Scheduled Tribes (“NCST”), in its 11-page tour report, has recently concluded that the tribal communities post-poll have been living in fear and have not been able to lodge any complaint with police or revenue officials.

"The tribal women and young people are the most affected groups in this post-poll violence. The daily labor working in agriculture fields, the petty vegetables and fruit vendors unable to go to the market to sell their goods due to restrictions imposed by local police and fear of physical assaults. Economic conditions of the tribal people have been impacted and found difficult to lead their daily life. The acts such as physical attacks, molestation, rape on women, destruction of household items, etc., left them hopeless and in a state of a pensive mood. In some areas, tribal people are warned not to meet the NCST Team," the report states.

The report is a result of the decision of the NCST Team led by commission member Ananta Nayak to tour from June 13, 2021, to June 16, 2021, to Radhanagar and Narayangarh in West Midnapore, Jamboni in Jhargram, Kakora in East Burdwan and Sandeshkhali in North 24 Parganas after receipt of eight complaints since the declaration of assembly results on May 2, 2021.

"If any person has suffered on account of post-poll violence, he shall be at liberty to file a complaint along with the supporting documents to the National Human Rights Commission, West Bengal Human Rights Commission, National Commission for Women and National Commission for Scheduled Castes and Scheduled Tribes. The same can be done either by way of hard copy or online. The aforesaid commissions, in turn, will forward those complaints to the Director-General of Police, West Bengal immediately.", the Court said.

In its report, the Commission has expressly mentioned that during its visit to the State of West Bengal, the Commission received 27 representations, most of which related to the Post Poll violence in the state and some of those related to lack of basic amenities.

The Commission during its visit to the post-poll affected areas has observed that although the revenue department officials visited districts, none of them provided authentic reports over the things that happened after post-poll violence.

"Some of them have informed the Commission that no such incidents happened in their districts," the report states.

The report stresses on the fact that no tribal person has belief in local police and has alleged the local police are working against them and lodging cases without their mistakes.

“Tribal people have also levied allegations of police working for a particular party. There are glaring examples which show how political goons have committed heinous crimes against tribal people due to the failure of the State machinery in safeguarding the persons and interest of tribal people ,” report notes.

It has also been argued in the report that concerned SHO/Officer in Charge of these districts have not taken any action against the perpetrators even upon receiving serious complaints of victims or their family members.

“The local police has discriminated against them due to political affiliation of the victims thus failing to discharge their statutory duty of maintaining law and order in all the affected areas. State as a duty bound to treat all its citizens equally failed to provide them security from post poll violence which resultantly took lives of many people,” an excerpt from the report.

The Commission, in its report, has in detail elaborated its observations on its visit to five districts of West Bengal mostly affected by West Bengal Post Poll Violence to highlight how protectors of the weak and vulnerable have become their predators.

Observations by NCST on its visit to Radhanagar under Kharagpur Police Station- Attack On Scheduled Tribes Families By Violent Mob; Subsequent Forcible Confinement

Observations by NCST on its visit to Narayangarh- Attack On Tribal People Post Poll; Threats By Police To Book Under Section 164 of Indian Penal Code, 1860

Tribal people were attacked post poll and after the “Yass Cyclone”, local police threatened to book them under section 164 of the Indian Penal Code, 1860.

Observations by NCST on its visit to Malickpur of Pirtola GP under Dhaniakahli Police Station- Physical and Merciless Attacks on 25 Families Belonging to Santal Tribe Including Tribal Women; Prohibition By Authorities To Carry Day to Day Economic Activities; People Living With Fear Of Arrest On Fake Grounds

“It is understood that people are living with fear of arrest on fake ground. Either BDO or PO of the area is intentionally ignoring the facts. Even after post poll violence, no one from the department has visited the Mallickpur village to interact with the tribal people and enquired about their welfare and safety. Even the local police who accompanied the Commission have not taken cognizance of post poll violence. Police have informed the Hon’ble Member of the Commission that no one from Tribal community have complained with them regarding physical assaults and other kinds of sufferings during post poll violence. But police have not taken any action against the culprit,” NCST in its report said.

Observation by NCST on its visit to Sodapur, Adibasipara and Tubgram under Devandigh Police Station- Mysterious Death of Chandmoni Hansda; Attack On Tribesmen, Molestation And Rapes On Women; Tribesmen of Kakoraare Out Of Their Home Due To Registering Of Illegal Cases Against Them

Observation by NCST on its visit to Churchura Village- Incidents Like Looting Valuables ; Failure Of Police To Give Protection To People; People Threatened Not To Meet The Visiting NCST Team

Recommendations By The Commission

The report argues that the tribal people have been targeted because they belong to a particular community and strata of society. It has also been stated in the report that victims are helpless, weak and most vulnerable in the hierarchy of the society and the administration too, sees them differently.

“As a result of anti social elements in guise of unbridled power and in absence of fear of being punished, hasrassed and torture them. The indifferent attitude of the administration towards them gives leverage to the political goons to act according to their whims and wishes thus violating the fundamental rights of these tribal people,” report states.

NCST has concluded its report by stating that,

“No civilised society would tolerate rape and molestation of women, whatever may be the reasons behind that. Similarly in democracy there is no room for violence, every citizen has the right to exercise his opinion in elections, because it is of the people, for the people, by the people. It is high time all the responsible citizens of this country and people involved in the electoral process must sit together and think over it to find out a way so that in future these sorts of incidents do not occur in any part of this country. The role of the Executive is very crucial in Democracy, it should maintain its neutrality and functioning and prompt in maintaining Law and Order situation. Violence in any form must be condemned by and sundry.”

NCST on July 7, 2021 had also shared a copy of the same to the Chief Secretary, Govt of West Bengal and The Director General of Police, Government of West Bengal requesting them to take necessary action on the points taken in the Tour report and furnish action taken report to the Commission at the earliest.