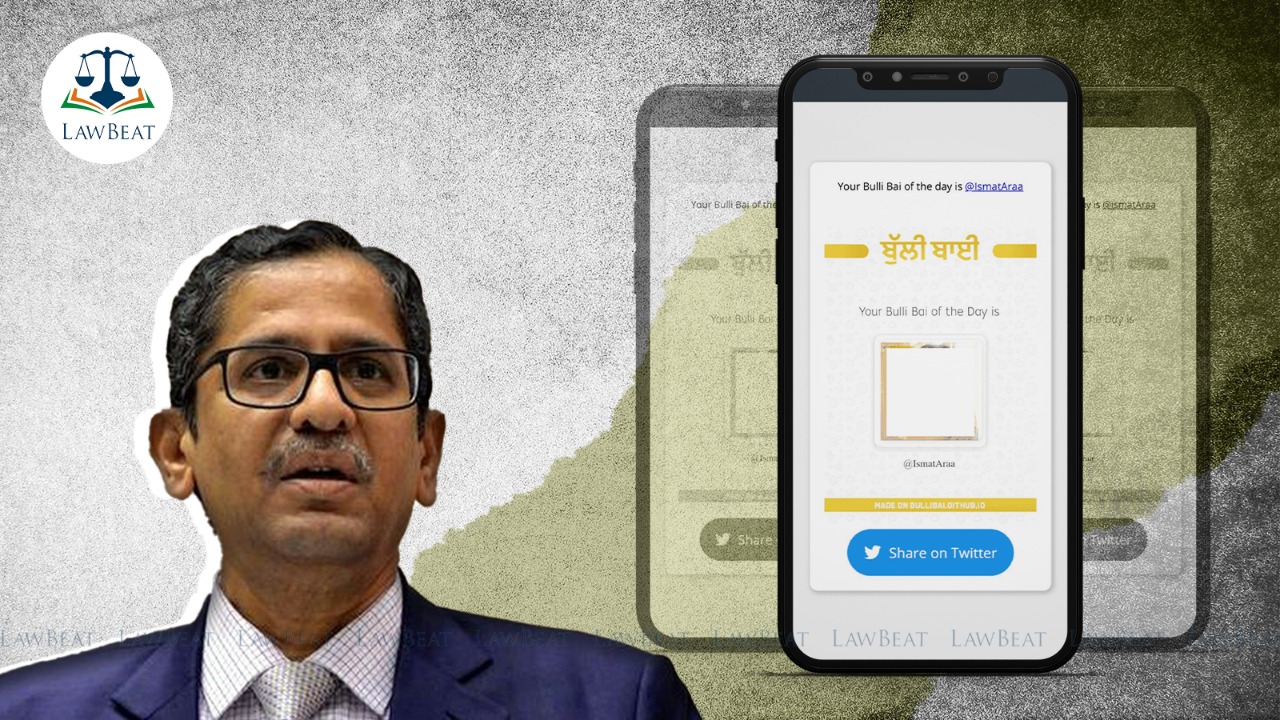 Delhi High Court Women Lawyers Forum has written to the Chief Justice of India against the recent launch of mobile application called "Bulli Bai" which is allegedly shameful and derogatory towards their target - Muslim women in India.

It is alleged that by way of the App the culprits have trolled and surveilled Muslim Women and illegally used their photographs to put them up for auction as maids.

Previously there was an application called "Sulli Deals" which was allegedly equally illegal and derogatory app which surfaced in July 2021,

In this regards the Forum said, "We believe that the “Bulli Deals” App happened because no one was punished for Sulli Deals. Although FIRs had been previously registered in the matter of Sulli Deals, no one was arrested and the investigation has been a non-starter, in the same."

The letter stated that, "The lack of action on the Sulli Deals case emboldened the culprits to use pictures of free thinking women who are considered independent with dissenting voices. with impunity . Included in the list is the spouse of a sitting Judge of a High Court (exemplifying the sense of impunity that the culprits have that they are above the law)."

The plea has sought the investigation being conducted by the Mumbai Police to be monitored by the apex court into the Sulli Deals and Bulli Bai App incidences including investigation into the sources of funding and / or handlers of the persons who set up Sulli Bai & Bulli Bai App.

It further submits, "More humiliating than the existence of the apps themselves, is the sheer audacity of some cowardly minds to attempt something like this, twice, publicly, encouraged by bigotry openly being expressed among the common public and lack of action by the police and the judiciary."

It is also said that even though the app has been taken down, it was a serious violation of the right to life and liberty of the women portrayed. Even more importantly, it continues to pose a grave danger to the personal safety of the women, as it has already been seen by an unknown number of people.

The letter has sought direction to the Superintendent of Police and District Magistrates of every district for preventing the vilification of minorities, spread of fake news about them and calls for genocide against Minority Communities.

It has further sought direction to the Central and State Government to secure and ensure to members of the Minority Community, an atmosphere within which they can enjoy their right to life with dignity and security, and strictly prohibiting the auctions of human beings like inanimate objects.