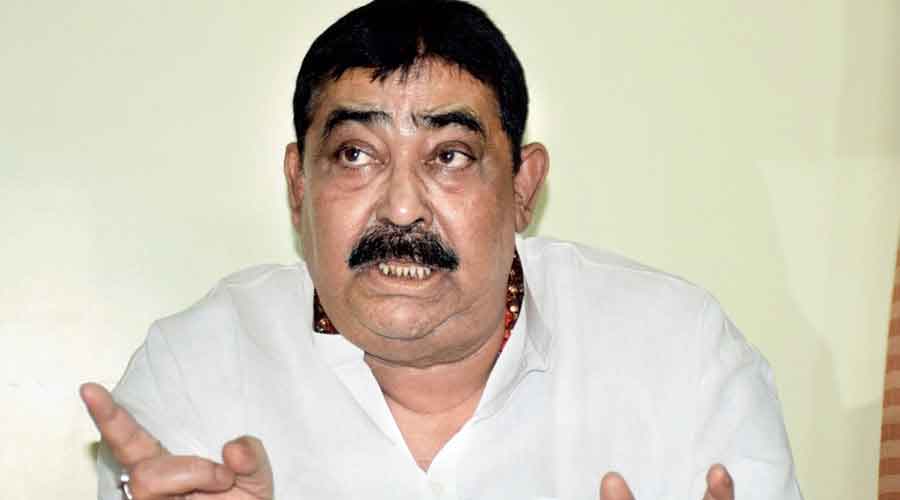 A CBI judge has received a letter threatening him to release TMC leader Anubrota Mondal otherwise false case under NDPC will be registered against him and his family. Mondal is accused in a cattle smuggling case and is Kolkata CM Mamata Banerjee's close aide"

Rajesh Chakraborty, a Central Bureau of Investigation Special Judge in Asansol who has been hearing the case against Trinamool Congress leader Anubroto Mondal for cattle smuggling has written to the District Judge alleging that he has received a threat letter pressurising him to grant bail to Mondal, who has also been Chief Minister Mamata Banerjee's close aide.

The judge has stated in his letter that he has been threatened with being implicated in a case under Narcotic Drugs and Psychotropic Substances Act, 1985 along with his family if bail is not granted to Mondal.

Birbhum Trinamool leader Anubrata, who was arrested in the cow smuggling case, is scheduled to be produced in Asansol CBI court today. Interestingly, a joint team of the CBI and Food Corporation of India (FCI) raided the rice mill in the Badhagora area yesterday, allegedly belonging to Mondal's nephew, who is also a local Trinamool Congress leader, according to a report in Zee News.

The CBI has frozen fixed deposits worth Rs 16.97 crore allegedly belonging to TMC leader Anubrata Mondal and his family members in connection with its ongoing probe into the Bengal cattle smuggling across the Indo-Bangladesh border. The central agency sleuths detected the fixed deposits during their continuing probe in the case, the sources said, according to PTI.

The letter states that,

"I do hereby forward to you a letter by one Bappa Chatterjee being addressed to the Officer in charge of this court threatening that if Anubrata Mondal is a released, my family members would be implicated in NDPS Case with commercial quantity."

Special Judge Chakraborty has requested the District Judge to take note of the facts and forward the same to the Calcutta High Court.

Earlier, Mondal had sought direction for no coercive steps stating that he was suffering from a variety of ailments and prayed that the Central Bureau of Investigation (CBI) be asked to question him through video conferencing from his residence at Bolpur in Birbhum.

Additionally, Mondal was also asked by the CBI to appear before it at the NIT camp office in Durgapur in neighbouring Paschim Bardhaman district in connection with a murder case at Ilambazar in Birbhum which is alleged to have a connection with post-poll violence in West Bengal.