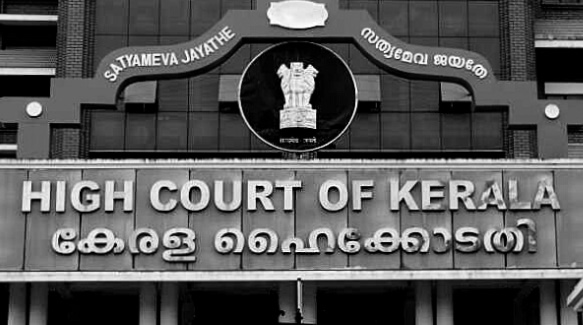 The petition before the court had sought direction to the State and jail authorities to strictly provide adequate and necessary facilities for advocate-client meetings at prisons beyond the earshot of jail officials as provide under the prison statutes.

The Kerala High Court recently observed that there should be sufficient space for the advocates and clients, to interact, and privacy should also be taken note of by the prison authorities and the legal service authorities.

The bench of Chief Justice S. Manikumar and Justice Shaji P. Chaly was dealing with a writ petition moved by a lawyer, namely Prasoon Sunny, pertaining to the issue of availability of the facilities for holding meetings of prisoners and their legal counsel in jails.

Through this petition, besides a direction to the authorities to strictly provide adequate and necessary facilities for holding meetings of prisoners and their legal counsel in a private and secure environment, the petitioner had also sought a direction that it should also be ensured that all meetings of prisoners with their legal counsel and near relatives are held beyond the earshot of jail officials as provide under the prison statutes.

After filing of the present petition, the State government of Kerala issued directions to the jail authorities to provide necessary facilities as per rule 827 of Kerala Prisons & Correctional Services (Management) Rules, 2014 to advocates and other visitors.

However, last month, the District Legal Services Authority, Ernakulam filed a report according to which facilities were being provided for conversation between the lawyer and inmates in the district jail. The report state that one table and two chairs were laid for discussion of inmates of the jail with the lawyers, but the room of the Jail Welfare Officer was not beyond the earshot where the table and chairs were laid.

To the report of the District Legal Services Authority, the Superintendent, District Jail, Kakkanad filed a reply wherein along with the list of all the facilities available for the meetings of the advocates and inmates at Ernakulam District Jail, 2 suggestions were also made for ensuring the privacy of meetings.

Referring to the reply of the Superintendent, District Jail, Kakkanad, the petitoner suggested that the facilities provided therein have to be extended in all the sub-jails/prisons for effective interactions/ conversations with inmates.

However, to this, Senior Government Pleader submitted that there are space constraints in certain sub jails.

In the above circumstances, Court directed the respondents to explore the possibility of providing sufficient space, if required, to adopt the rough sketch submitted by the District Legal Services Authority and issue appropriate directions.

With these directions, court disposed of the writ petition.

Case Title: Prasoon Sunny v State of Kerala and Others