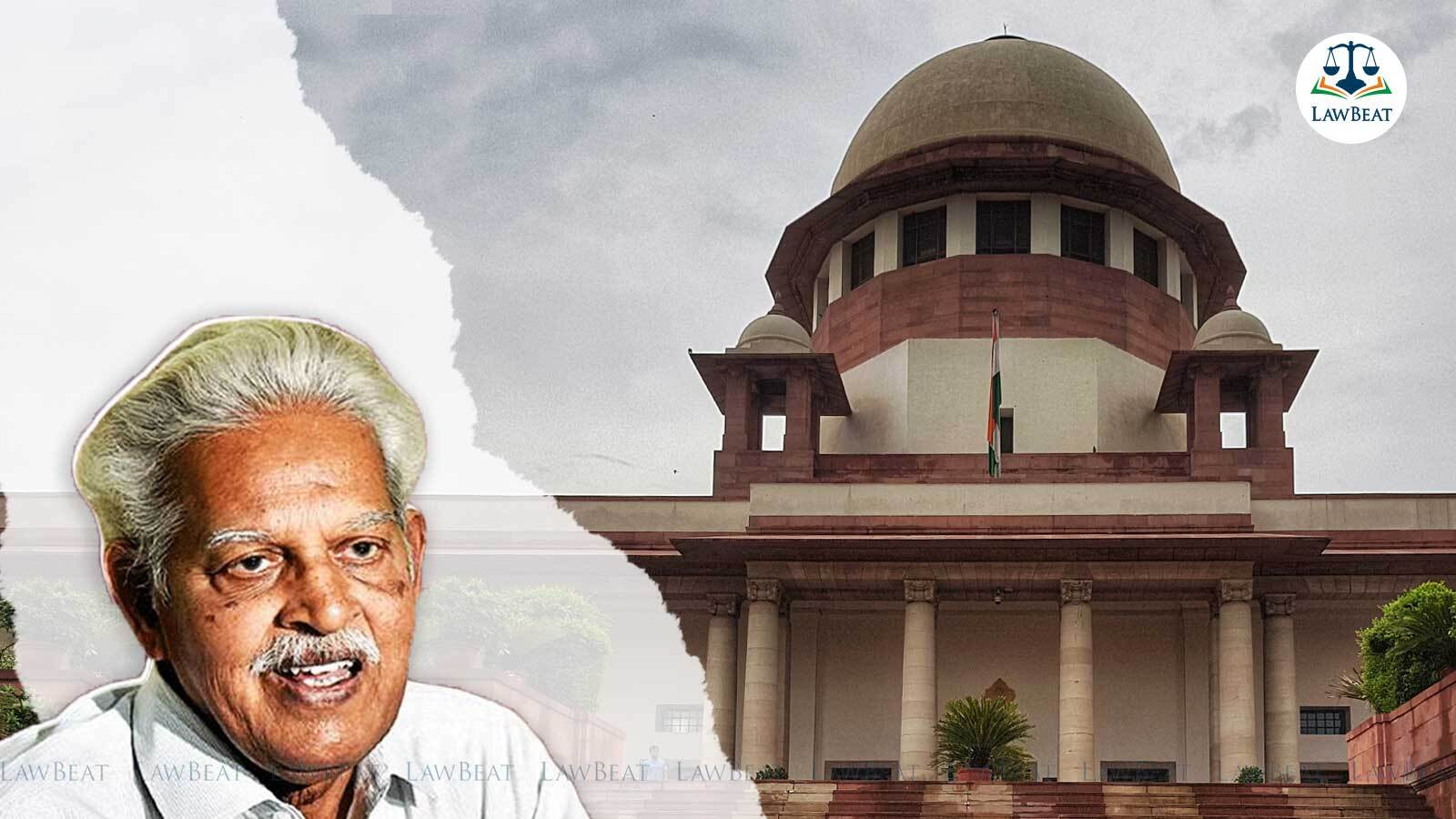 Rao sought to travel to Hyderabad for a cataract surgery on the ground that he is originally from Telangana and has his roots in Hyderabad.

A Supreme Court bench of Justices UU Lalit, SR Bhatt and Sudhanshu Dhulia today, while refusing to entertain a plea by Bhima-Koregaon accused Varavara Rao to travel to Hyderabad for his cataract surgery, permitted him to move the NIA court for the same relief. The court further directed the NIA court to decide the matter in three weeks after filing.

Senior advocate Anand Grover, appearing for Rao, submitted that he is 82 years of age and has been asked to get a cataract surgery. He submitted that since Rao hails from Telangana and was a resident of Hyderabad, it will be easier for him to get his treatment in Hyderabad.

ASG SV Raju, appearing for the NIA, while informing the court that he does not have any formal instructions in this matter, argued that three months were given earlier to Rao for the surgery, however, he did not undergo the same.

Court, on hearing the submissions, observed that the basic issue of the petition is covered by the order of the court dated August 10, 2022, however, considering the limitations, Rao would be forced to stay in Greater Mumbai and not leave the city.

Court, therefore, held that instead of it considering the request, it would be appropriate if liberty is given to Rao to approach the trial court.

Court, while asking the NIA court to consider giving appropriate relaxation, clarified that the order shall not be taken to have reflected on the merits of the submission which shall be considered independently.

Court passed the order on the plea filed by Rao challenging a Bombay High Court order of April this year rejecting his prayer for permanent medical bail.

Moreover, the interim protection granted to Rao on medical grounds had also been extended.

The High Court had granted Rao three months' time to surrender before the Taloja prison authorities to enable him to undergo cataract surgery.

In the instant case, allegations made out in terms of the draft before Courts include CPI (Maoist) members recruited students from JNU and TISS for terrorist activities and encouraged them for membership of banned organizations CPI (Maoist).