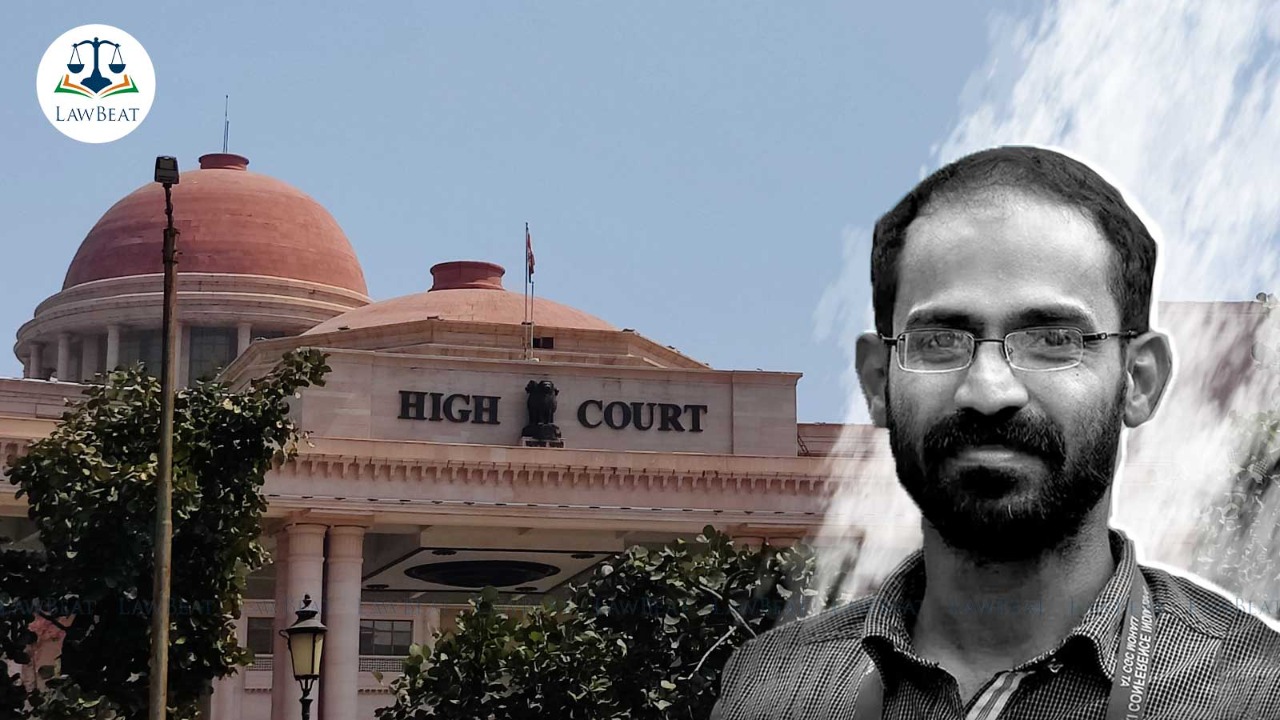 Allegedly Kappan intended to disturb harmony in Hathras in collusion with the other co-accused, funded by the Popular Front of India (PFI).

The Allahabad High Court (Lucknow Bench) has dismissed the bail plea moved by UAPA accused Siddique Kappan. Kappan was arrested in October 2020 in the alleged 'Hathras conspiracy'. Allegedly Kappan intended to disturb harmony in Hathras in collusion with the other co-accused, funded by the Popular Front of India (PFI).

The bench of Justice Krishan Pahal has observed, "A perusal of the charge-sheet and documents adduced, prima facie reveal that the applicant has committed the offence".

In the conclusion part of the order, the court notes,

"It has come up in the investigation that the applicant had no work at Hathras. The State machinery was at tenterhooks owing to the tension prevailing due to various types of information being viral across all forums of media including the internet. The said sojourn of the applicant with co-accused persons who do not belong to media fraternity is a crucial circumstance going against him."

Court has also held that the defence taken by Kappan that he is a journalist and only owing to his professional duty, he wanted to visit the place of Hathras incident, stands nullified by the averments in the charge-sheet and the persons, he was arrested with.

"The tainted money being used by the applicant and his colleagues cannot be ruled out," the order reads.

Stressing that the observations made in the order are limited to the facts brought in by the parties pertaining to the disposal of bail application and shall have no bearing on the merits of the case during trial, Court has refused to grant bail to Kappan.

The bail application by Kappan, lodged in Lucknow jail, was admitted by the court in February 2022.

As per the prosecution case, it came out in an inquiry that Kappan along with three co-accused persons, namely, Athikurrehman, Alam and Masood was traveling to disturb the harmony of Hathras are in Uttar Pradesh where infamous alleged gang-rape incident had happened.

In the FIR it was alleged that Kappan and other co-accused were headed to Hathras with an intention to create caste struggle and to incite riots.

The prosecution claimed that Kappan and other co-accused had been collecting funds and running a website 'Carrd.com' to break the social harmony and incite violence. The pamphlet recovered from them read as 'AM I NOT INDIAS DAUGHTER MADE WITH Carrd' etc.

As per the prosecution case, "it was also found that the incident of mob lynching, exodus of labourers and the Kashmir issues were also highlighted through the same website and the website also imparts training pertaining to concealing one's identity during demonstrations and to ways to incite violence".

Senior Counsel I.B. Singh assisted by Advocates Ishan Baghel and Avinash Singh Vishen argued on behalf of Kappan that he is innocent and has been falsely implicated in the case.

It was claimed that no pamphlets or printing papers were being carried out by Kappan or other co-accused persons in the car when they were en route to Hathras.

Senior Counsel further submitted that Kappan was unaware of any website with the name of 'Carrd.com' and 'Justice For Hathras' and he was going to Hathras to discharge his duty as a professional journalist.

He also asserted that Kappan is not a member of P.F.I. and was not acting at the behest of any of their office bearers and he was not going to Hathras on the directions of P.F.I.

Moreover, the Senior Counsel averred that Kappan never ever participated in any secret workshop with an aim of furthering caste conflict in India instead a friend of him was writing a book on Ex-SIMI leaders and sent a draft of his book to him and asked him to conduct interviews of Ex-SIMI leaders who are now MPs from Trinamool Congress.

Senior Counsel Singh further apprised the court that Kappan was a former employee of Tejas Weekly Newspaper which is associated with P.F.I., and therefore, he was in touch with many P.F.I. activists but has nothing to do with the organization which is not a banned organisation.

On the issue of slapping of the provisions of U.A.P.A. Act against Kappan, Senior Counsel argued that they are not applicable to Kappan as the amended sanction under the Act has been taken by the Department on June 8, 2021 which is ipso facto illegal at the outset and has been challenged by Kappan in a petition under Section 482 Cr.P.C. in the High Court which is still sub-judice.

He contended that at the time of filing of charge-sheet, sanction was not produced along with it rather it was produced later on and as the sanction came on record on 12.04.2021 and the State notified for creation of a Competent Authority to grant sanction under U.A.P. Act on 24.08.2021, thus sanction granted earlier to that is illegal.

AGA Vinod Kumar Shahi, in continuation of the prosecution story, apprised the court that during the search of the Kappan's house at Delhi, 47 papers in Malyalam language pertaining to SIMI, two AK-47 guns which also contains the popular slogan of SIMI 'Welcome Mohammad Gajni' were recovered.

He stated that the present offence is covered by Section 43(D) (5) of U.A.P. Act. and he did not press the arguments pertaining to Section 124A owing to the latest judgment of the Apex Court.

Referring to the ruling of the Apex Court in National Investigation Agency vs. Zahoor Ahmad Shah Watali, wherein it was held that Section 43(D)(5) prohibits a Court from granting bail to accused if on a perusal of a final report the Court is of the opinion that there are reasonable grounds to believe that the accusations against such person are prima facie true, Court decided against granting bail to Kappan.

A local court in Mathura District rejected Kappan's bail plea on July 6, 2021 and on December 13, 2021, it transferred the case against Kappan and seven others to the NIA, Special Court, Lucknow.

Kappan was detained on October 5, 2020 by the Uttar Pradesh Police when he was en route to meet the family of a Dalit woman who was allegedly gang-raped and murdered in Hathras. Subsequently, he was booked under UAPA and sedition laws too. All the accused have been in judicial custody since then.

On October 7, 2020, an FIR was registered at the Maant police station in Mathura district against Kappan and others. He is facing charges under Section 124A (sedition), 153A (promoting enmity between different groups on grounds of religion, etc) and 295A (deliberate and malicious acts, intended to outrage religious feelings of any class by insulting its religion or religious beliefs) of the Indian Penal Code (IPC) along with Sections 17 and 18 of Unlawful Activities (Prevention) Act (UAPA) and Section 65, 72 and 75 of the Information Technology  Act.