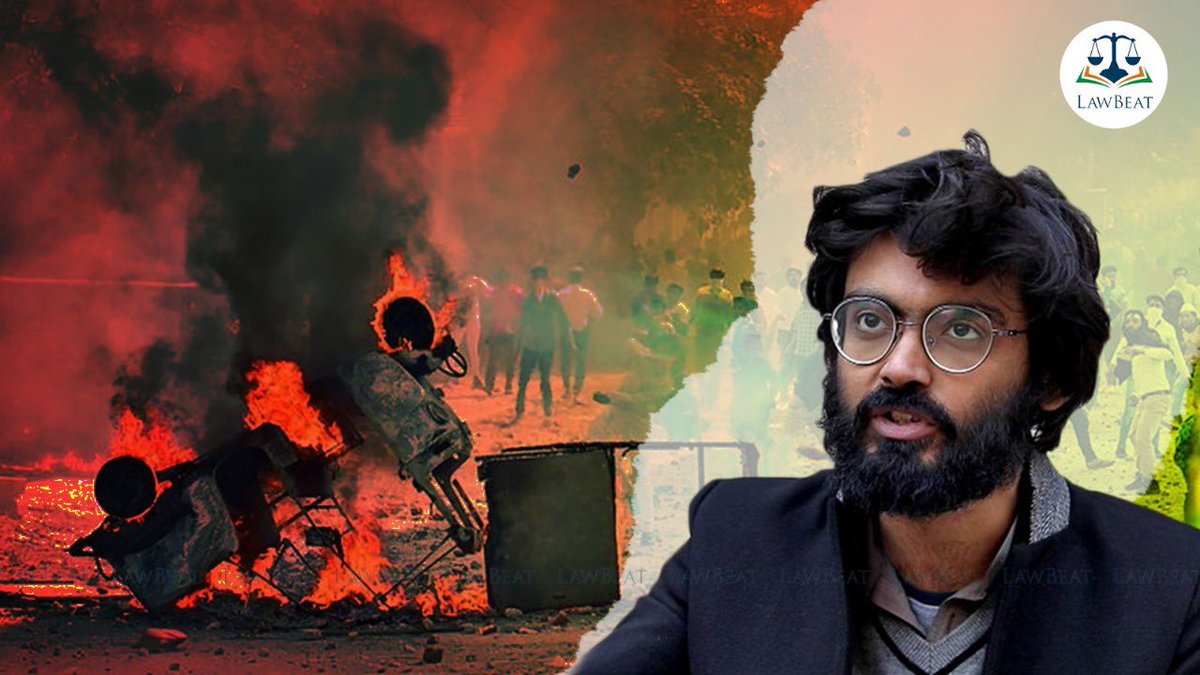 A Delhi Court on Saturday dismissed the interim bail application moved by Sharjeel Imam in a cases where he is charged with the offences under Sections 124A, 153A, 153B, 505 of Indian Penal Code and Section 13 of the Unlawful Activities Prevention Act. The Court also declined the accused’s prayer for the stay of his trial.

Additional Sessions Judge Amitabh Rawat rejected the bail plea stating that the charges have been framed against Imam under all these sections and bail application of the accused has already been considered and rejected by the Court vide order dated 24th January 2022 whereby the Court is taken to have considered all the merits of the case and the applicability of Sections 124A, 153A, 153B, 505 of IPC and Section 13 of UAPA. The Court noted that there cannot be another bail application by the accused and other arguments on the merits of the case of the bail application.

The Court rejected the argument of Imam that the interim bail must be granted in the light of the Supreme Court’s order dated 11th May 2022 in S.G. Vombatkere v. Union of India whereby Section 124A of the IPC has been put on hold and that he has been wrongfully charged under Section 13 of the UAPA. The Court stated that in the order of the Supreme Court, the pending trials with respect to charges framed under Section 124A IPC have been kept in abeyance; however, adjudication with respect to other sections can proceed if the court is of the opinion that no prejudice would be caused to the accused. It observed that there is no total embargo on continuance of trial in a case involving various offences including Section 124A IPC nor is there any express order for grant of interim bail pending the continuation of the said Writ Petition before the Hon’ble Supreme Court of India.

On the argument regarding invocation of Section 13 of the UAPA, the Court held that the contention of the accused that Section 13 of UAPA is not made out and must be disregarded is like revisiting or reviewing the orders on charge and bail which is neither permissible nor warranted. The order on charge and order on bail is already a subject matter of appeal before the Delhi High Court, it stated. It further held:

“The contention of the Ld. Counsel for the accused that Section 13 of UAPA is not made out in the present case, is a completely misplaced argument. As stated above, this Court has passed an order for the framing of charge under Section 124A IPC, 153A IPC, 153B IPC, 505 IPC & 13 of UAPA and also dismissed the bail application. The said two orders have been appealed and pending before the Hon’ble High Court of Delhi. How can this court again give a finding on the issue of the applicability of Section 13 UAPA particularly when the charges are framed vide a detailed order dated 24.01.2022.”

The Court also stated that interim bail applications can be considered only upon some exigencies or necessities like medical condition and not on the merits of the case as such.

The Court also declined the oral prayer made by Imam for the stay of the present criminal trial in view of the above order of the Supreme Court noting that the trial is continuing against the accused not only in respect of offence under Section 124A IPC but also for the offence under Section 153A, 153B, 505 IPC & Section 13 of the UAPA.