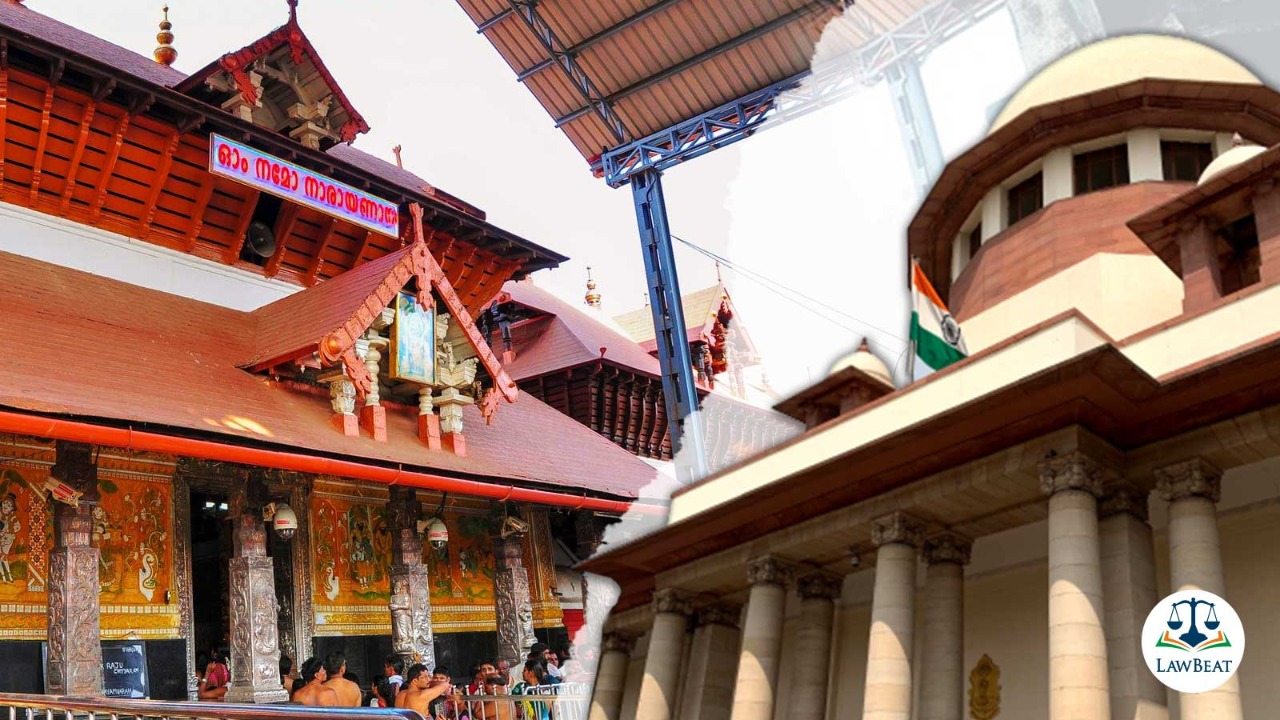 A plea has been filed by the Guruvayur Devaswom Managing Committee challenging the Kerala High Court's decision whereby it was held that the money devoted to the deity cannot be given for benefit of worshippers beyond a particular geographical limit as it was the deity's property.

The Supreme Court today ordered status quo in the matter pertaining to the legality of certain administrative decisions of the Guruvayur Devaswom Managing Committee (GDMC) to donate Rs.5 crores to the Chief Minister's Distress Relief Fund soon after the Kerala Floods in 2018.

In June this year, the Kerala High Court had held the GDMC's decision to be illegal, while holding that Section 27(c) of the Guruvayur Devaswom Act,1978 cannot be stretched to interpret that money devoted to the deity can be given for benefit of worshippers beyond a particular geographical limit.

A bench of Justice Anu Sivaraman, Justice Shircy V, and Justice MR Anitha had held that "the scope of Section 27(c) of the Act 1978 cannot be widened to provide medical relief, water supply and other sanitary arrangements for the worshippers and pilgrims, located away from a reasonable distance of the temple premises."

A CJI UU Lalit bench today remarked that the act of GDMC may essentially be a philanthropic one.

The bench, also comprising Justices S Ravindra Bhat and Ajay Rastogi, was told by Senior Advocate Aryama Sundaram, appearing for GDMC, that many had contributed to Kerala’s flood relief efforts at the time. Even judges and lawyers had contributed to help, he added.

At this juncture, CJI orally asked whether contributions from worshippers could be used only to upgrade the infrastructure and facilities in the temple, and if could it be said that the temple should restrict its benevolence to only those who enter its premises.

The impugned judgment was pronounced in a review petition filed by the State Government against an order pronounced by a Full Bench in the pleas challenging the correctness and legality of certain administrative decisions of GDMC.

In the review petition, State had challenged the earlier judgment wherein it was held that the donation of Rs. 5 crore from Guruvayoor Devaswom Funds to the Chief Minister's Distress Relief Fund (CMDRF) was illegal. The state had argued that money was given for relief of the lord's devotees across the country.

The High Court had also opined that "there was no requisition by the National Authority or State Executive Committee or District authority to the GDMC for any donation of funds to meet the contingency/ emergency."