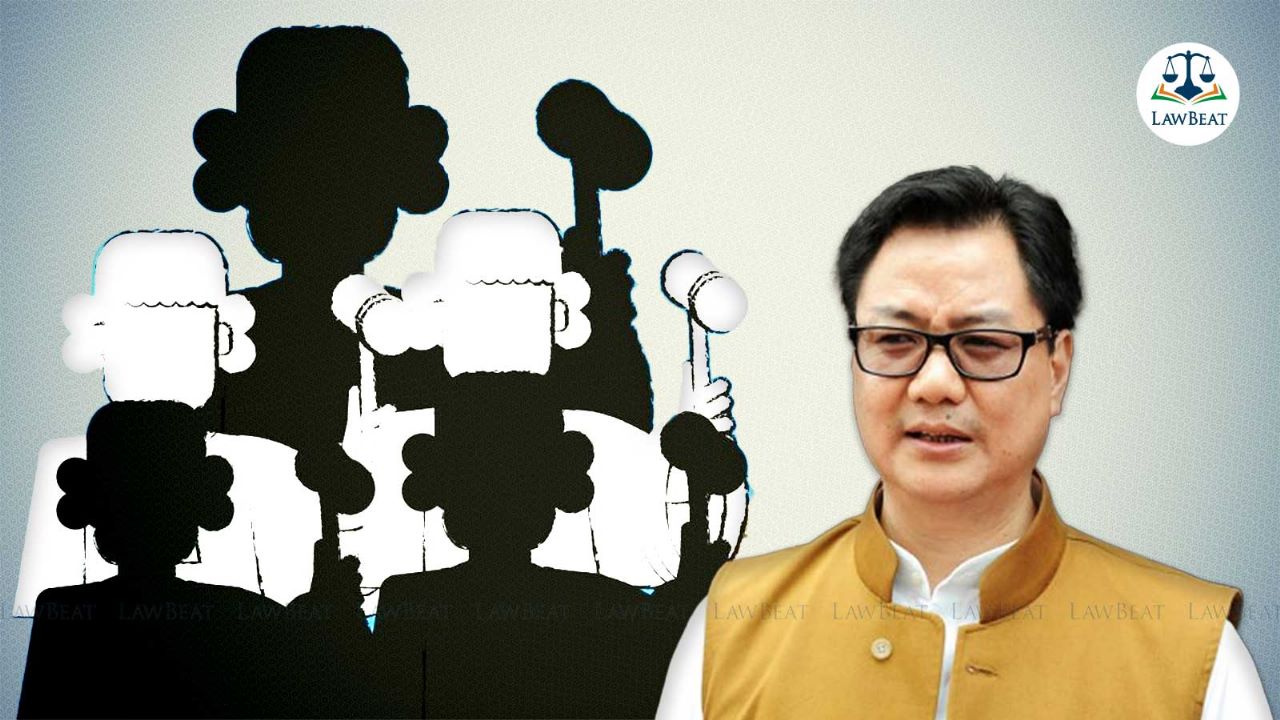 In the order of December 16, 2015, the five-judge Constitution Bench had stated that the GoI may finalize the existing Memorandum of Procedure by supplementing it in consultation with the CJI.

The Union Law Minister Kiren Rijiju has clarified that the letter written to the Chief Justice of India, DY Chandrachud for inclusion of government representatives in the Supreme Court collegium is a 'precise follow-up action' of the direction of the Supreme Court.

Refuting the allegations raised by the leaders of the parties in opposition that the current dispensation is trying to seek government interference in judicial appointments, Rijiju said that in its 2015 judgment, the Constitution Bench of the Top Court had itself directed to restructure the Memorandum of Procedure (MoP) of the collegium.

Rijiju referred to the case wherein the Supreme Court had struck down the National Judicial Appointment Commission Act. In the judgment dated December 16, 2015, the Constitution Bench had stated,

The five-judge Constitution Bench, which comprised Justice J.S. Khehar as the presiding judge and Justices J Chelsmeswar, Madan B Lokur, Kurian Joseph and Adarsh Kumar Goel, had also carved out certain factors/guidelines to be taken into consideration while deciding on MoP restructuring, which included: eligibility criteria, transparency in the appointment process, secretariat, complaints and other miscellaneous factors.

Under the head 'eligibility criteria', the judgment stated, "The Memorandum of Procedure may indicate the eligibility criteria, such as the minimum age, for the guidance of the collegium (both at the level of the High Court and the Supreme Court) for appointment of Judges, after inviting and taking into consideration the views of the State Government and the Government of India (as the case may be) from time to time".

Notably, the order was passed taking into consideration the submission of the then Attorney General Mukul Rohatgi that the formulation of the Memorandum of Procedure was an administrative responsibility which fell in the executive domain and the Top Court neither had the expertise nor the wherewithal for proposing amendments in the existing Memorandum of Procedure (drawn on 30th June 1999 by the Government of India), for improving the collegium system.

The then Attorney General had also pointed out that in the Second Judges case, even the nine-Judge Bench had left the task of drawing up the Memorandum of Procedure to the Government of India.

The Union Law Minister recently wrote a letter to CJI Chandrachud which apart from seeking Centre's nominees in the collegium sought inclusion of nominees of state governments as well.

However, Delhi Chief Minister Arvind Kejriwal dubbed the move as "extremely dangerous" in a tweet.

While responding to the tweet of Delhi CM, Rijiju tweeted, "I hope you honour Court's direction! This is precise follow-up action of the direction of Supreme Court Constitution Bench while striking down the National Judicial Appointment Commission Act. The SC Constitution Bench had directed to restructure the MoP of the collegium system".

In recent months, the existing collegium system of appointments of judges has faced heavy criticism. The Vice President of India Jagdeep Dhankhar, in his very first address as the Chairperson of the Rajya Sabha in December last year, had said that the Supreme Court's 2015 NJAC judgment was "a glaring instance of severe compromise of parliamentary sovereignty and disregard of the mandate of the people".

Last week, the Law Minister while giving an interview had said that  'Collegium' duties are taking away the precious time of Judges which negatively impacts their duty as judges.