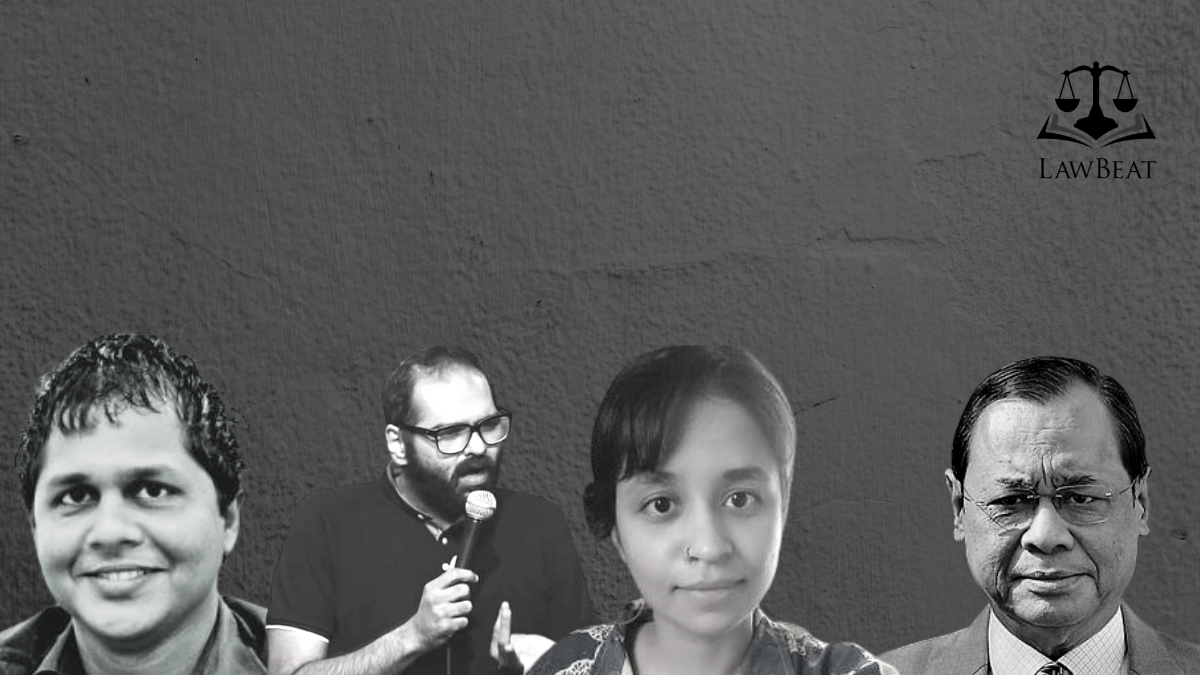 An RTI Activist, Mr. Saket Gokhale has sought action against the alleged remarks of the former CJI Ranjan Gogoi under the Contempt of Courts Act, 1971, referring them to be ‘major scandalization of the judiciary’.

The letter to Mr. KK Venugopal has stated,

“These statements, especially coming from a former Chief Justice of India, who is now a Parliamentarian, constitute a gross Contempt of Court and undermine the status of the Hon’ble Supreme Court especially considering they come from not a layperson but from someone who sat on the highest seat of our judiciary.”

While Gokhale has drawn corollaries of Justice Gogoi’s statements to the ongoing criminal contempt case of Kunal Kamra and Rachit Taneja in the Apex Court by contending that “… precedent established by your office in granting prosecution consent to contempt cases against comedian Kunal Kamra and artist Rachit Taneja have established a benchmark for what constitutes contempt of court in your opinion”, it is important to state that the analogy drawn by Gokhale is misplaced.

In this context, it becomes important to ascertain what were the alleged actions of Kunal Kamra, a comedian by profession and Illustrator Rachita Taneja which led to the assent of initiation of contempt proceedings against them by Attorney General for India.

Kamra made several insinuations against the Supreme Court of the country from his twitter handle. Some of these are reproduced below:

Approving the initiation of contempt proceedings against him, the AG in his letter dated 12th November, took cognizance of the above tweets and the picture, stating that these were “gross insinuations” against the entirety of the Supreme Court of India. He further stated that Kamra’s tweets depicted that the Apex Court was not an independent and impartial institution and neither were it’s judges. The AG further added that the insinuations were made, attacking the very foundation of the independence of the highest court of the country and that to say that the Top Court was a Court of the Ruling party, the BJP, existing for the BJP’s benefit amounted to a justifiable reason for attracting the said initiation.

The other tweet was a depiction of two fingers, with the middle one, purposely to insult the Chief Justice of India. Subsequently, vide letter dated 20th November, Learned AG with respect to the last aforementioned tweet said, “The said Tweet is grossly vulgar and obnoxious, and I have no doubt that it would tend to lower the authority of the Supreme Court of India as well as undermine the confidence that the litigant public have in the Institution of the Supreme Court of India itself.”

Initiation of criminal contempt against an illustrator, Rachit Taneja was warranted on the basis of the following tweets:

Taking cognizance over the matter, Learned AG said, the tweets were clearly calculated to undermine public confidence in the Supreme Court’s Independence and Impartiality.

In this background, the letter by Saket Gokhale has proposed that the statements made by Justice Gogoi at India Today’s Conclave 2021 regarding the Indian Judicial system also amount to contempt of court. The statements that Gokhale has referred to in his letter are reproduced hereunder:

It is crystal clear that the remarks of Kamra and Taneja mark an allegation, made purposely to tarnish the image of judiciary, to revoke the faith of millions in the system, to abuse for possibly not getting the desired outcome of a proceeding and to question the very being of the Supreme Court of India by insulting the sitting judges and by hurling abuses at them.

On the other hand, the comments made by the former Chief Justice put forth an experience and more so, project criticism in a manner which is not deprecating or abusive. An argument which may find conjecture here is that there is indeed no defined standard of putting forth  dissenting. However, a dissent, no matter how legitimate, loses its essence when the same is earmarked with abuses and and with the sole purpose of maligning the system. It is also relevant to mention that while Justice Gogoi’s comments about the judicial system criticised the judicial system for it’s snail-pace as well as how expensive litigation truly is in the country, comments made in the latter part of his rendezvous with the host also put forth solutions to tackle the issues surmounting inadequacies in access to justice. The possibility of contempt arises where the line of calculated attack on the system overpowers the line of constructive criticism, which in the proposed case seems absent.

The Constitution of India Bill, 1895, also known as Swaraj Bill, was the first document that mentioned about Freedom of Speech. It said, “Every citizen may express his thoughts by words or writings, and publish them in print without liability to censure, but they shall be answerable for abuses, which they may commit in the exercise of this right, in the cases and in the mode the Parliament shall determine.”

It is quite pertinent to note that, in a recent rumour, where Rajdeep Sardesai’s alleged contemptuous tweets were said to have been acknowledged by the Supreme Court on a Suo motu complaint, the observation of the Learned AG yet again surfaced, which said, “The reputation of the Supreme Court as one of the greatest pillars of our democracy has been built assiduously over the last 70 years. Trifling remarks and mere passing criticism though perhaps distasteful are unlikely to tarnish the image of the Institution.”

The misplaced standard of applicability of the precedents that have been adopted by Gokhale lack legal bearing and justification, albeit, yet to see the light of day.