“We dismiss petition but not the problem”: The landmark judgment on Gender Discrimination (MUTHAMMA CASE, 1979) 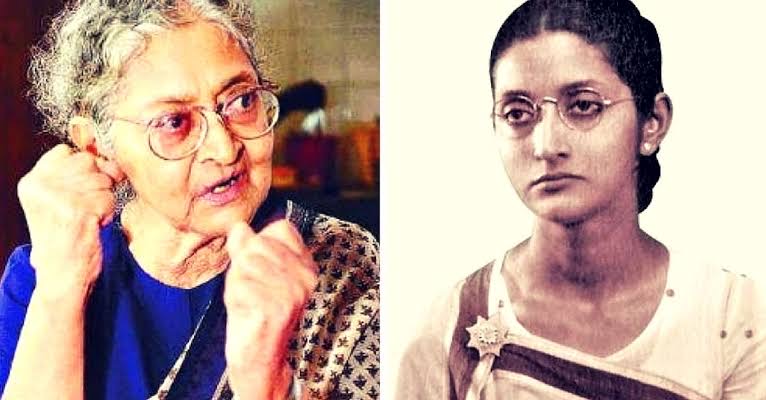 Subsequently, she had filed a writ petition and claimed that there was an evident discrimination in the Ministry based on the grounds of sex. She voiced out against the hostile treatment given to the senior officers of Services during that period.

The main issue being Ministry’s rejection to promote her to the post of Grade I officer in the Service which according to her was owing to the fact that she was a woman.

Hence, she filed a complaint making the Union of India and the Ministry as a party to her suit before the Supreme Court of India under Article 32.

In her plaint she had raised several issues which were mostly revolving around the fact that the Ministry of External Affairs at her workplace had created a very hostile environment for women in the service sector.

Further, she had complained that women had to give an undertaking at the inception of their work in the Foreign Service that she would give her resignation if she were to get married.

She raised another pertinent issue stating that the Union Cabinet’s members who appointed the officers were prejudiced against women as a group.

Lastly, the plaintiff brought to light that she was denied promotion on the bases of “merit”

The first rule succinctly mentioned that the woman officer is required to obtain the permission and consent of the Government before her marriage, specifically in writing. Further, if at any point after the marriage of the woman officer, if the government finds that her work will not be satisfactory and if they are satisfied that that her commitments towards her family and domestic affairs will affect her performance, then she will be required to resign from that post.

The second rule stated that, no woman, as of right, shall be considered for or entitled to appointment at the service. The petitioner also mentioned that some male officers that were junior to her were given a promotion in the interval between her first and second evaluation which had affected her career and reputation.

So, the issues raised by the plaintiff can be streamlined into the following-

While passing the judgment in the same, Justice V Krishna Iyer remarked,

“This writ petition by Miss Muthamma, a senior member of the Indian Foreign Service, bespeaks a story which makes one wonder whether Articles 14 and 16 belong to myth or reality?”

Through this statement he tried to convey that despite Constitutional protection of the gender equality through the Articles 14 and 16, it is not considered and hence, the respondents behaved in a reckless manner that led to wonder whether the two said articles exist in reality or it’s just a myth.

He further mentioned that prejudice against women is existent even despite years of Independence in India and  that if officials in such high posts itself lose faith and hope, then that is a matter of concern. He thereby made a few conclusions of the two rules placed by the IFS which were prima facie discriminatory against the women officials that were working in the UPSC.

He stated that even if a small portion of the following statements were to be true, it depicted the “masculine hubris” that is a possible anathema for the Fundamental Rights of the Constitution of India. Therefore the following deserved undivided attention as there is a huge role of gender injustice in the above three assertions made by the plaintiff.

He further goes ahead and called the Indian Foreign service a “misogynistic” workplace due to the rule 8(2) that states “In cases where Sub-rule (1) does not apply, a woman member of the service shall obtain the permission of the Government in writing before her marriage is solemnised. At any time after the marriage, a woman member of the Service may be required to resign from service, if the Government is satisfied that her family and domestic commitments are likely to come in the way of the due and efficient discharge of her duties as a member of the service.”

He stated that the said rule was outrightly discriminatory against women as she(plaintiff) needed to sought the permission of the Government to get married whereas the same isn’t applicable to the male members of the Services.

However, soon after this, the petition had to be dismissed as Muthamma was promoted and the two rules were taken back by the Ministry of External Affairs.

But while dismissing it, a direction was passed to overhaul all the service Rules and to remove all unreasonable gender-discriminatory provisions.

Towards the end, Justice Krishna stated that the petition is being dismissed but not the problem.

Muthamma’s story suggests that calling out misogyny in the language of rights and constitutional values can act as a powerful nudge. By publicising the discrimination, she effectively abashed the Foreign Service and forced it to introspect. Also, her efforts enabled the Supreme Court to condemn misogyny in service rules and this judgement has served as a guiding precedent for courts while deciding cases of gender discrimination.

In a case just two years after the case of CB Muthamma, a rule book provided that an airhostess needs to step down due to her pregnancy as the rules dictated that pregnancy is abhorrent and against the ideals of a civil society. The Supreme Court struck this provision down (Air India v. Nargesh Mirza, [1981] SC 1829)

In another case where the husband assumed ownership of the wife’s property, the Supreme Court clearly ruled that the stridhan belongs completely to the woman and just because the wife resides with the husband and the husband looks after the wife, it doesn’t give him any right to claim ownership of her belongings (Pratibha Rani v. Suraj Kumar, [1985] SC 628)

Recently, the High Court of Kerala, India, in Treasa Josfine vs. State of Kerala, 2021 invalidated an employment notification that invited only male candidates to apply for the permanent post of Safety Officer. The judgement, which determined that women cannot be denied employment on account of the appointment involving work during night hours, is a significant step in fueling true empowerment.

A landmark judgment in protecting women’s rights in the context of the family is the SC judgment in Vineeta Sharma v Rakesh Sharma (2020) where the court held that daughters would have equal coparcenary rights in Hindu Undivided Family property (HUF) by virtue of their birth and could not be excluded from inheritance, irrespective of whether they were born before the 2005 amendment to the Hindu Succession Act, 1956.

Before the 2005 amendment, there was a marked discrimination in determining the rights of a son and daughter in claiming inheritance. A son could claim a share in HUF property as a matter of right, while a daughter, ceased to have any such right upon her marriage as she was considered to be a part of her husband's family.

The court has also sought to provide for the safety of women at workplace by protecting them from sexual harassment. The court   framed detailed guidelines in the Vishakha v State of Rajasthan (1997) case for employers to follow to provide a mechanism for redressal of grievances of employees.  These guidelines were eventually formalised as legislation with the passing of The Sexual Harassment of Women at Workplace (Prevention, Prohibition and Redressal) Act, 2013, a vital law to protect millions of women who enter the country's workforce every year.

The Supreme Court also held in The Secretary, Ministry of Defence v Babita Puniya  & Ors. (2020) case that all women army officers are eligible for permanent commissions, allowing them to be in commanding roles. Women officers are now on par with their male counterparts when it comes to promotions, rank, benefits and pensions, thereby fortifying their position in the defense sector, an institution with rigid gender norms.

In Shayra Bano v Union of India (2017) case, the court declared that the practice of instant triple talaq (talaq-e-bidat) is against the basic tenets of the Quran. Talaq-e- bidat is a practise which gives a man the right to divorce  his wife by uttering ‘talaq' three times in one sitting, without his wife's consent.

The court directed the Centre to pass a legislation in this regard, which led to the Muslim Women (Protection of Rights of Marriage) Act, 2019.

As per the Act any Muslim husband who pronounces triple talaq on his wife shall be punished with imprisonment which may extend up to three years and fine. The judgment also saw a heartening departure from the conservative approach taken by the court in Mohd. Ahmed Khan v. Shah Bano Begum (1985).

The court also departed from its traditional recalcitrance in issuing judgments in matters of faith while passing its verdict in the Sabrimala (2019) issue. The court held that devotion cannot be subjected to gender discrimination and permitted the entry of women of all ages into the Sabarimala Temple despite a century’s old custom banning the entry of menstruating women.

The court also affirmed the right of a  woman in exercising her sexual freedom in  personal sphere with the Joseph Shine v Union of India (2018) judgement wherein the court placed its reliance on the right to privacy flowing from Article 21 and, declared as unconstitutional, Section 497 of the Indian Penal Code, which gives a husband the exclusive right to prosecute his wife's lover even as similar rights were not conferred on a wife to prosecute the woman with whom her husband has committed adultery.