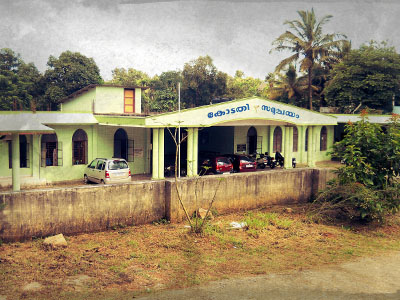 A Kerala Court has granted bail to three accused persons under the Protection of Children from Sexual Offences Act, 2012 (POCSO) rape case noting that the involvement of the three persons in the act is "very much minimal". Court has also taken note of the prosecution's submission that bail can be favourably granted with stringent conditions and no custodial interrogation of these three persons is required.

According to the order, the girl, aged about 16 years of age was kidnapped from her school without her knowledge and consent of her guardians and rape/penetrative sexual assault was perpetrated on the child twice.

Court has said that according to the allegation of the prosecution, Jibin Jose, one of the accused, only drove the prime accused who committed the rape on a 16 year old in the parking lot of a church in his auto-rickshaw, whereas, Rahib E. & Muhammad Anas allegedly helped the prime accused to commit the rape by providing a car to facilitate the rape.

"On going through the case diary, I find that involvement of these petitioners in the crime, even as per the allegation of the prosecution is very much minimal. Accused No.2 is said to have taken accused No.1 and survivor in his auto­rickshaw. Accused No.2 has no direct involvement in the subsequent events. Accused No.3 and 4 are said to have helped by accused No.1 by providing a car. They also have no further involvement in the crime. They have been in the custody from 08.10.2022 onwards. Interrogation of material witnesses is already over," the Special Judge, Kalpetta, Wayanad has said in a recent order.

According to the order, the child Survivor filed an objection that the petitioners are likely to threaten her and her family members if bail is granted.

However, the Court ordered the release of the three accused on bail on their execution of bond of Rs. 50,000/- and have been directed not to communicate or see the victim child, enter her locality where she resides and not influence the witnesses including the victim child.