Parliament entitled to do any such experiment towards avowed objective of socio-economic justice: Supreme Court’s majority ruling on EWS reservation 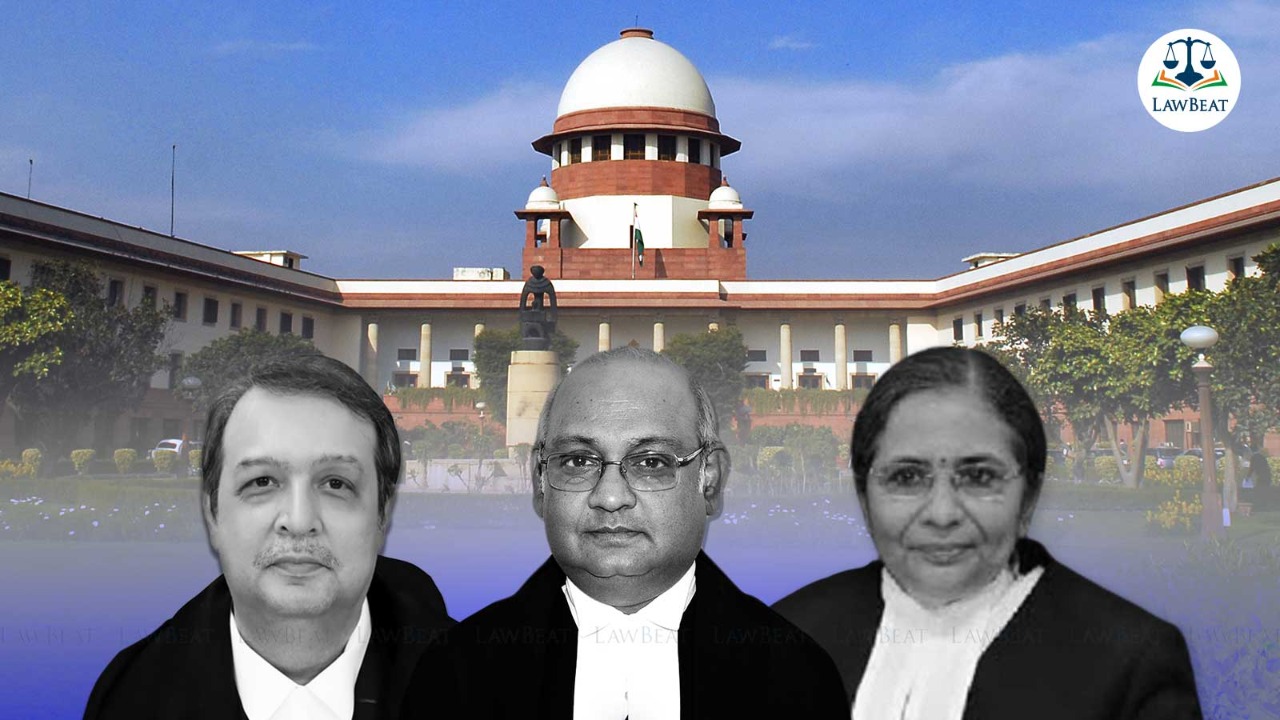 The Supreme Court on Tuesday upheld the Economically Weaker Section (EWS) Reservations which was introduced through the Constitution (One Hundred and Third Amendment) Act, 2019.

Court has ruled by a majority decision that the amendment, even if viewed from any angle, cannot be in violation of the basic structure of the Constitution of India.

By a 3-2 split verdict, Supreme Court effectively held that reservations can be provided in India basis economic criteria in educational institutions and in public employment. While a bench of Justices Dinesh Maheshwari, Bela M Trivedi and JB Pardiwala (majority) held that EWS reservations form a separate disadvantaged group,CJI UU Lalit and Justice Ravindra Bhat (dissenting bench) ruled otherwise, stating that the SC/ST/OBC’s cannot be excluded from the EWS reservations as they form bulk of the poorest population in India.
“It cannot be said that the amendment in question leads to such a violation of the rule of equality which is shocking or is unscrupulous travesty of quintessence of equal justice,” it said in its majority view authored by Justice Dinesh Maheshwari. While quoting the former chief justice of India, P.B. Gajendragadkar, the majority bench has justified the 10% reservation solely reserved for EWS – “Liberalism does not hesitate to embark upon newer and newer socio-economic experiments. These experiments represent in a sense an adventurous voyage of discovery in unknown ethical regions, prepared to take the risks but determined to win the ultimate prize of socio-economic justice”.

Justice Bela M Trivedi’s concurring view stipulated that the “legislature understand and appreciates the needs of its own people” while justifying the amendment.

Justice JB Pardiwala has stated that the 103rd Constitutional Amendment signifies the Parliament’s intention to expand affirmative action to hitherto untouched groups – who suffer from similar disadvantages as the OBCs competing for opportunities.

Steering on, the Court gone has gone on to say that even of the provisions inserted by the amendment and which in question are said to an experiment, the Parliament is entitled to do it in order to pursue its objective of socio-economic justice.

The majority bench further held that the 10% reservations for the EWS on top of the existing 50% limit on reservations laid down in the landmark case of Indira Sawhney (1992) is valid and may be breached in extraordinary situations. The dissenting bench on the other hand held that though reservations are constitutional, the 103rd amendment inserting (6) to Article 15 and 16 of the Constitution is not.

The majority has elaborated on the dynamic scope of the Equality Code and the ensuing affirmative action which has been authorised through articles 14 to 18 in the Constitution of India and which has evolved through reservation jurisprudence. While justifying reservations basis economic criteria, the court has pointed out that the word ‘economic’ has been employed more than thirty times in the constitution and jurisprudence has itself supported the making of provision for tackling the disadvantages arising because of adverse economic conditions.

“…the deprivations arising from economic disadvantages, including those of discrimination and exclusion, need to be addressed to by the State; and for that matter, every affirmative action has the sanction of our Constitution,” Court’s majority has stated, while justifying reservations through economic criteria.

The majority bench decision authored by Justice Dinesh Maheshwari has delved into relevant excerpts of landmark cases such as Jolly George Varghese and Anr. v. The Bank of Cochin (1980), Minerva Mills (1980), Ahmedabad Municipal Corporation v. Nawab Khan Gulab Khan and Ors. (1997) & People’s Union for Democratic Rights and Ors. v. Union of India and Ors. (1982) in order to justify the concept of equality from perspective of “real and substantive” equality. “Thus, in almost all references to real and substantive equality, the concept of economic justice has acquired equal focus alongside the principles of social justice,” court noted.

Justice JB Pardiwala’s concurring view on the justification for economic criteria for reservations stems from Article 21 (right to life and personal liberty) of the Constitution. He thrusts upon the extension to the right to life, the right to education and the introduction of Article 21-A, providing for  free and compulsory education to children between the age of 6 & 14 years. The judge has stated that the expression “educational and economic interests” in Article 46 of the Constitution concludes the whole legal position in relation to Article 46 to mean that the State must endeavour to do welfare especially of this section of people. “The endeavour of the State to give the weaker section of the people a life of dignity is the link between Articles 46 and 21 resply”.

“Economic criteria can be a relevant factor for affirmative action under the Constitution… the constitutional amendment also harmonizes with the eventual constitutional goal of a casteless society,” he adds.

After answering in the affirmative, whether such an amendment is constitutional, Court has extrapolated on the issue of whether economic criteria can be the sole basis for reservation. It has rejected the argument of reservations only being applicable to SEBC’s/OBC’s/SC’s/ST’s. “Such an assumption is neither valid nor compatible with our constitutional scheme. This line of argument is wanting on the fundamental constitutional objectives, with the promise of securing ‘JUSTICE, social, economic and political’ for ‘all’ the citizens; and to promote FRATERNITY among them ‘all’,” the majority cites. Thus, in effect the Court has ruled that economic criteria can indeed be the sole basis of reservations.

It is the decision of the majority that there is “definite logic” in the exclusion of SEBCs/SC/ST/OBC’s while operating reservation for the economically weaker sections so that it can be truly operated and be given effect, because according to the court, “exclusion if the vital requisite to provide benefit to the target group”.

“..poverty is a material factor taken into consideration along with caste, residence, occupation or other dominant feature while recognising any particular class/caste’s entitlement to the affirmative action by way of reservation,” the Court states.

classification, and could not be termed as an unreasonable or unjustifiable classification, much less a betrayal of basic feature or violative of Article 14.

Both Justices Trivedi and Maheshwari have has further delved into the ensuing reservation system which was envisioned by the Constitution framers to last fifty years but continues even after seventy-five.

While it is Justice Trivedi’s view that the India needs to revisit the system of reservation at the end of seventy five years as a step forward towards “transformative constitutionalism”, Justice Maheshwari reflects on the idea of Dr. BR Ambedkar’s which was “social harmony”, by introduction of the reservation system for only ten years. “Reservation should not continue for an indefinite period of time so as to become a vested interest,” he states.