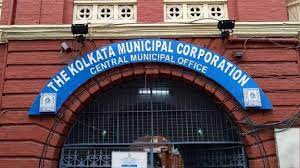 The Calcutta High Court has quashed a plea by the Bharatiya Janta Party (BJP), asking for deployment of central forces in the Kolkata during the upcoming Kolkata Municipal Corporation (KMC) elections. The elections will be conducted under the protection of state police only.

Earlier, the Supreme Court had declined to hear the plea stating,

"We cannot take decisions with respect to the requirement of Central force. The High Court will be in a better position to know the situation."

Senior Advocate Maninder Singh, appearing for the West Bengal BJP, had submitted that the party's nominees have been threatened and pressured, and also said that though complaints have been lodged, no FIR has been registered, so far, by the state Police.

The petition said that it is seeking adequate security development in light of the targeted widespread post-poll violence that occurred in West Bengal in May.

It said representations have been filed with authorities and the Governor, seeking deployment of additional forces to ensure a fair and transparent election.

"This has been done in light of the fact that the candidates have been receiving threats from TMC goons which have been identified by the candidates. Candidates are scared for their life and are being pressured to withdraw their nomination," it said.

However, quashing the petition, the Court ordered the Commissioner of Police to ensure that he forewith attends to any further complaints lodged and takes appropriate measures to safeguard the right of citizens to exercise their franchise.

During the proceedings, Senior Advocate S. K. Kapur appearing for the BJP contended the petitioners have no faith in the State machinery to provide adequate security arrangements to them. He also said that the concern of the petitioners is more than a mere apprehension, considering the violence that had erupted during the last State Assembly elections of May 2021.

Per contra, Advocate General S.N Mookerjee submitted that all the complaints had been attended to and that the State government had held a meeting with the West Bengal State Election Commisison to ensure that the upcoming elections are free of violence. Further, Advocate for the State Election Commission also submitted that all necessary forces will be deployed from the Kolkata Police and if necessary, from the Rapid Action Force (RAF) to ensure fair elections.

In light of all the submissions, Justice Rajsekhar Mantha of Calcutta High Court said that the assurances of the Ld. Advocate General are sufficient in view of the submissions made by the State Election Commission and quashed the plea in light of the fact that "The State Election Commission does not see the deployment of Central Forces as necessary."

Cause Title: Bharatiya Janata Party By Its General Secretary vs State of West Bengal