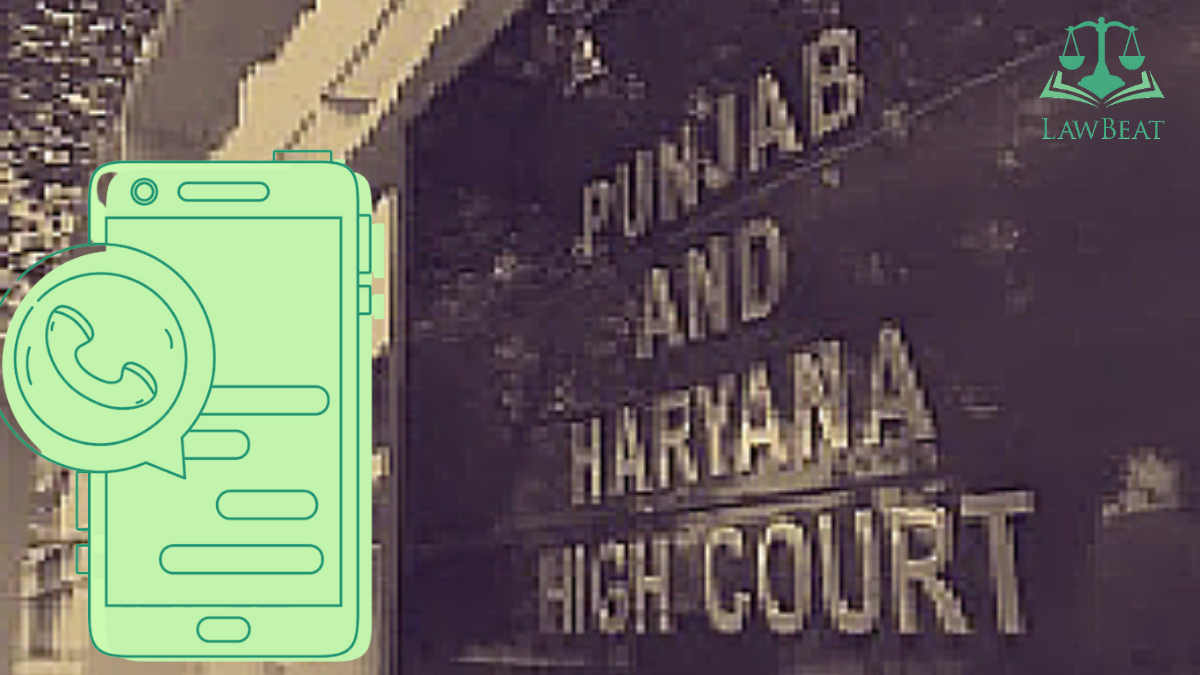 The Punjab and Haryana high Court has held that the certificate under Section 65B of the Evidence Act is a pre requisite to authenticate admissibility of Whatsapp messages.

The bench of Hon’ble Justice Ms Jaishree Thakur while granting bail to the petitioner and ordering his release observed that the Narcotics Bureau would always be at liberty to rely upon the Whatsapp messages after due compliance of provisions of Section 65-B of the Indian Evidence.

The bench made the aforementioned observations while answering the question of whether Whatsapp messages can be taken into consideration while implicating the petitioner for the offence.

While answering the question, court extrapolated the admissibility of WhatsApp messages in evidence and noted that the petitioner relied on the recent judgment of the Supreme Court in the matter of Arjun Panditrao Khotkar Vs. Kailash Kushanrao Gorantyal and others (2020) where it has held that a certificate under Section 65B of the Indian Evidence Act is required when reliance is being placed upon electronic record. In the present case, there no certificate rendered by the petitioner on record.

Apart from the above, petitioner had also contented that the statement given by him under section 67 of the NDPS Act was self-inculpatory (exposing oneself to prosecution) in nature and therefore inadmissible under section 25 of the Indian Evidence Act.

Taking into account the factual matrix in the present case the court reiterated the position in the Supreme Court decision of Tofan Singh Vs. State of Tamil Nadu (2013),

“a confessional statement made before an officer designated under Section 42 or Section 53 can be the basis to convict a person under the NDPS Act, without any non obstante clause doing away with Section 25 of the Evidence Act, and without any safeguards, would be a direct infringement of the constitutional guarantees contained in Articles 14, 20 (3) and 21 of the Constitution of India.’’

It was further observed that,

“the officers who are invested with powers under Section 53 of the NDPS Act are “police officers” within the meaning of Section 25 of the Evidence Act, as a result of which any confessional statement made to them would be barred under the provisions of Section 25 of the Evidence Act, and cannot be taken into account in order to convict an accused under the NDPS Act.”

The court thus, released the petitioner on bail.

“That this Court is of the opinion that no useful purpose would be served in keeping the petitioner behind bars," bench noted.