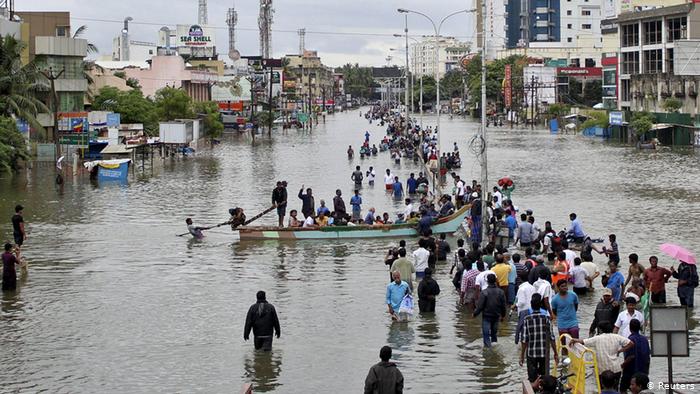 “It may be noticed that floods are predicted in the city because channels allowing rainwater to drain out have been blocked, particularly around this city, and the 2015 floods may only have been a mild portender of future calamities,” Madras High Court has observed, hearing a matter of encroachment upon Chitlapakkam lake, Chennai.

The bench of Chief Justice Sanjib Banerjee and Justice P.D.Audikesavalu said that it is not for the court to interfere in executive functioning or direct the executive to do this or do that.

However, stressing upon the realisation of the actions of which state promises, the court said “but when reports abound complaining of what the Cooum River has now become or the Buckingham Canal has been reduced to, there has to be some concern shown by the State to take appropriate measures.”

Pointing towards the need of the hour, the court said that at the end of the day, development has to be sustainable.

The court took the example of the ongoing pandemic and said that if the pandemic has taught us a lesson, it is that the human species may not yet be smart enough to beat nature and it is imperative that humans co-exist with nature and other plants and animal life.

The court was hearing a 2019 matter relating to encroachment upon Chitlapakkam lake. On the last date of hearing in July, court has demanded a status report from the state authorities stating the actions taken by the government for the removal of encroachers.

When inquired why no such report has been filed even after two months, the Government Pleader informed the court that in a similar matter of 2010, when State initiated evacuation proceedings against the encroachers, many of them obtained a stay from the court.

Court was also informed about a dumping ground being created at one end of the lake and about an incinerator being put in the area earmarked as a waterbody area in revenue records.

Hinting towards executives’ non-serious view about the significance of the issue, court said that the executive often indulges in an age-old ploy of blaming court for effective action not being taken. Court said, at times for other kind of considerations executive officer turns a blind eye to rampant encroachment without making any serious endeavour to protect the environment.

Highlighting that the court understands the need for the burgeoning population to be provided housing and shelter, it said “but such need does not permit waterbodies and whatever little is left of forests to be destroyed in the name of development without any concern as to whether such development is sustainable or not.”

Therefore, directing the Chief Secretary to ensure that a status report of actions taken against the encroachment on Chitlapakkam lake is filed within a week, court listed the matter for the next hearing on Sep 15.

Case Title: Arappor Iyakkam Vs. The District Collector and 6 Others