'It was sanctum sanctorum of Keshav Dev temple': Plea before Mathura Court seeks permission for "purification" of Shahi Idgah 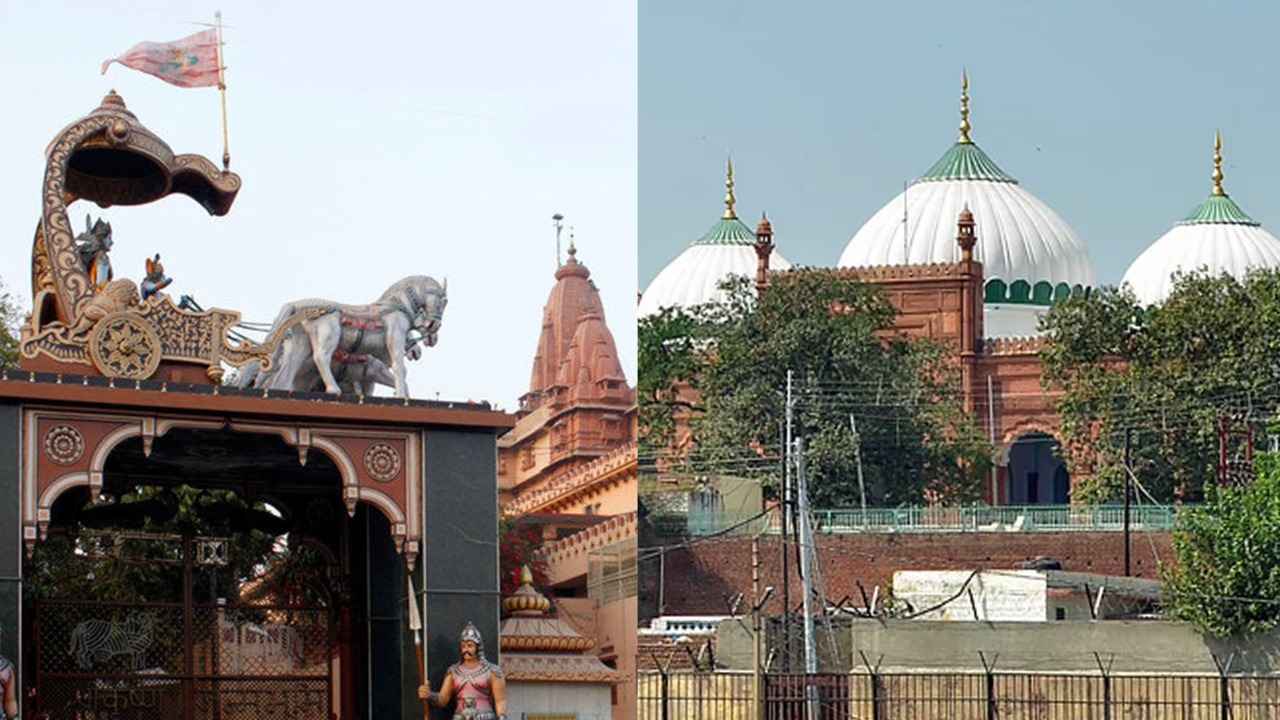 A plea has been moved before a Local Court in Mathura seeking permission to perform 'purification' at the Shahi Idgah complex alleging that earlier it used to be the Sanctum Santorum of the temple of Thakur Keshav Dev.

The application has been filed by Dinesh Kaushik, National Treasurer of All India Hindu Mahasabha. Kaushik has sought permission for "purification" of the alleged sanctum sanctorum with holy water of Ganga and Yamuna.

Kaushik's plea states that he is a Sanatani Hindu and his feelings are being hurt by the existence of the alleged Idgah.

Asserting the same, Kaushik has prayed for Court's direction restricting the defendant parties (Sunni Waqf Board and another) from creating hindrance during the purification of the alleged Sanctum Santorum/ Idgah by the water from rivers Ganga and Yamuna.

Recently, after the discovery of 'Shivling' during the survey of the Gyanvapi disputed site at Varanasi, demand has been raised before Mathura Court to seal the Shahi Idgah mosque premises which is the subject matter of the Shri Krishna Janmasthan dispute.

This application has also been filed alleging that the disputed Idgah site is the property of Shri Krishna Janmabhoomi and is the original sanctum sanctorum of the old temple.

"All Hindu religious relics like lotus, Sheshnag, Om, Swastik etc. are there, of which some have already been destroyed and the respondent are trying to eliminate some more," the application claims which will be heard on July 1.

Further, the suit that seeks mosque's removal alleging that it is built over the land belonging to the diety and the actual birthplace of Lord Krishna lies beneath it, has also been restored by the Mathura District Court and has been sent to the Trial Court for hearing.

Case Title: Thakur Keshav Dev Ji Maharaj and another Vs. Sunni Center Wakf Board and others