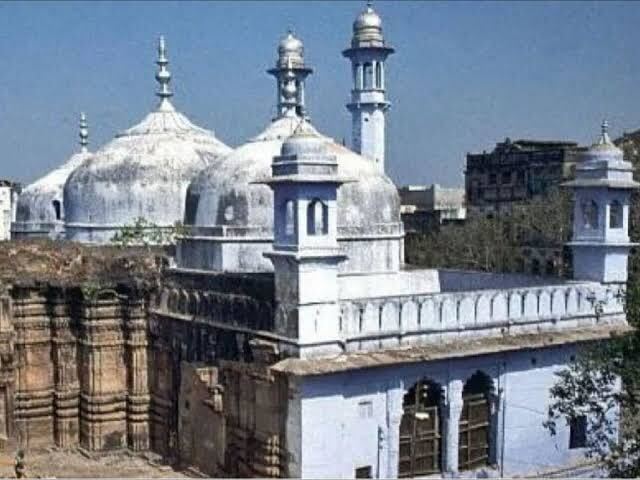 A Varanasi Local Court today directed the District Magistrate, Varanasi to seal the disputed site at Gyanvapi Mosque complex after a Shivling was found at the place during the court-ordered survey.

Civil Judge (Senior Division) Ravi Kumar Diwakar passed the order on an application moved by the counsel of the petitioners alleging that today during survey by the court-appointed commission, a shivling has been found, which is a significant evidence.

The court has also placed 'personal responsibility' upon the DM, Police Commissioner, and CRPF Commandant of Varanasi to protect and secure the sealed place.

The development has taken place just a few hours before the hearing in the Allahabad High Court in case(s) related to the Kashi Vishwanath temple-Gyanvapi mosque dispute.

Interstingly, the plea challenging the survey of the Gyanvapi mosque is listed for hearing tomorrow in the Supreme Court before a bench of Justices Chandrachud and Narasimha. The plea was mentioned before the top court by Senior Advocate Huzefa Ahmedi on Friday who had urged the court to list the matter and pass interim orders as the survey was taking place despite the disputed site being 'protected' under Places of Worship Act 1991.

However, the top court had refused to issue directions for maintaining status quo on the survey of the Gyanvapi-Shringar Gauri complex.

The recent development has taken place in pursuance of a order passed by the local court appointing an advocate commissioner for "inspection & videography" of the "disputed site” on August 18, 2021 and directing the authorities to submit a report by May 10.

However, the inspection team was stopped from conducting the survey, but the same was objected by Anjuman Intezamia Masajid, alleging that the court-commissioner is biased against Muslims. Consequently, a plea was then moved seeking replacement of the court commissioner, which was dismissed by the local court on May 12.

The local court had then directed the advocate commissioner to place his report before the court by May 17, i.e. tomorrow.

Case Title: Rakhi Singh and Ors v. State of UP