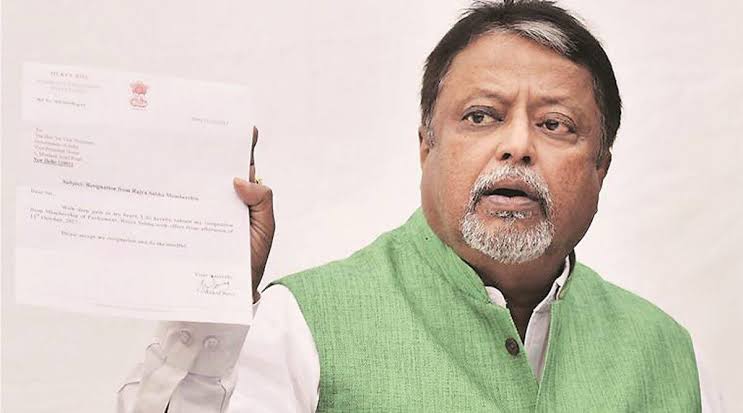 As another development in the controversy of Mukul Roy’s appointment as the chairman of the Public Accounts Committee (PAC) of the West Bengal Legislative Assembly, his an affidavit-in-opposition has been filed on Friday.

On earlier date of the hearing, August 12, it was brought to the notice of the Court that a copy of the paper book was still not served on Mr. Mukul Roy. So, directing for the same, Court adjourned the matter till August 24.

In the present affidavit, Mr. Mukul Roy has alleged that Mr. Ambika Roy (the petitioner) has filed the PIL which opposes his appointment as Chairman of the PAC only in pursuance of political interest for he belongs to Bhartiya Janta Party, the party in opposition in the State.

It has also been stated in the affidavit that the controversy in matter is beyond the jurisdiction of the Calcutta High Court to decide for the subject matter falls within the exclusive domain of the Legislature to decide.

Mr. Roy has contended that Speaker of the Legislature has been conferred absolute power and discretion to select the Chairman of the Committees of the State Legislature by Rule 255 which cannot be modified or circumscribed by any court of Law.

Alleging that the PIL is an attempt to usurp, affect and interfere with the exclusive domain of the Legislature, Mr. Mukul Roy has stated that his selection as the Chairman of the PAC cannot be questioned before the High Court as by reason of Article 212(1) of the Indian Constitution.

Mr. Roy has gone even further again allege that Article 208 and 212 of the Indian Constitution debar the decision of the Speaker to be questioned at all.

Responding in a vague manner to the allegation of violation of Rules of the conduct of business in the Legislature, Mr. Roy has averred that for determination of the controversy, reviews and thoughts of all Speakers of the Legislature are required to be probed.

Ducking before the question of breach of custom that in case of the Chairman of the PAC, he/she would be the leading member of the opposition in the House to ensure that Executive remains responsible to the Legislature, Mr. Mukul Roy has averred that all Chairpersons of the 13 Committees have been selected by the ruling party i.e. All India Trinamool Congress (AITC). Though this averment implies no justification to the issue raised.

It is to be noted here that, it was averred in the writ petition that Mr. Mukul Roy despite winning West Bengal Assembly elections from Krishnanagar Uttar Constituency as a member of BJP, defected, as soon as the results were declared, to the present ruling party All India Trinamool Congress (AITC) without resigning from the BJP or his Membership from the Assembly.

However, nowhere in his affidavit, Mr. Mukul Roy has dealt with the question of his political affiliation as of now.

Denying each and every allegation upon him, Mr. Mukul Roy has pleaded the court not to try the writ petition.