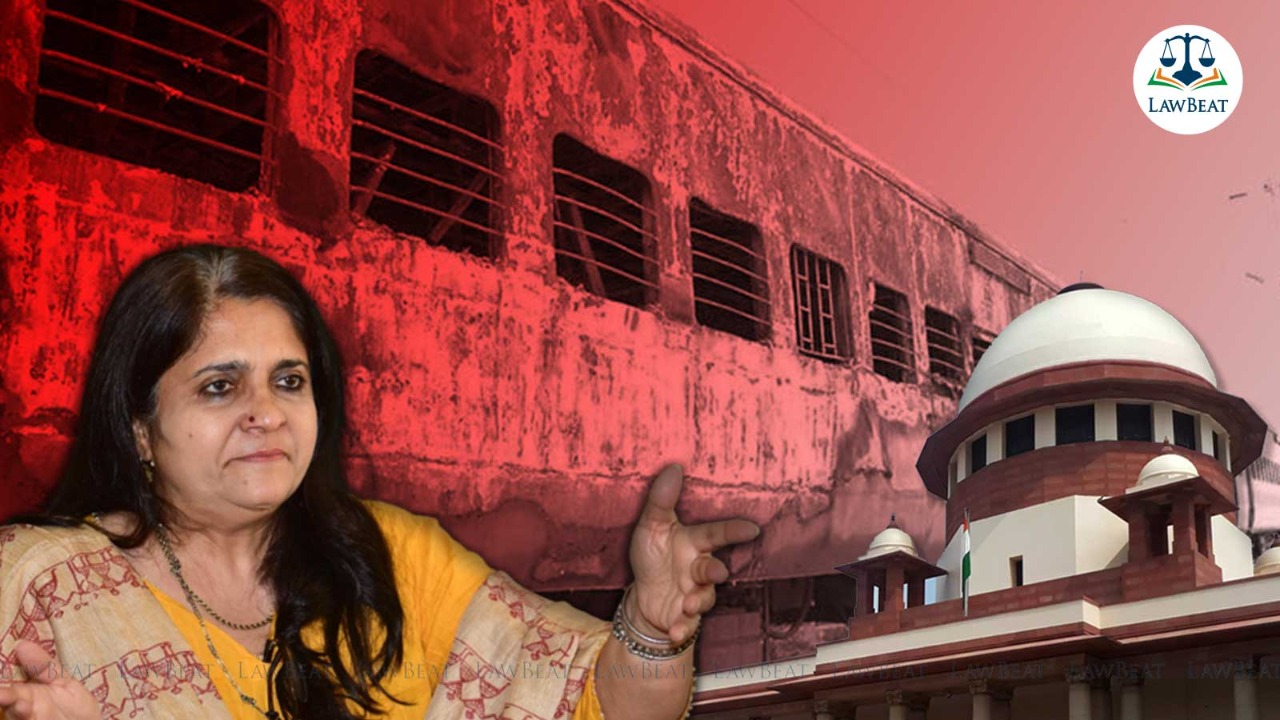 Supreme Court on Monday issued notice to Gujarat Government in the plea by Teesta Setalvad, who has been inter alia accused of forgery and criminal conspiracy pertaining to 2002 Gujarat riots.

A bench of Justices UU Lalit, Ravindra Bhatt & Sudhanshu Dhulia has stated that "considering the facts and circumstances of the present case, issue notice, returnable on August 25". It is expected to consider grant or non-grant of interim relief on the said date.

While earlier, the court had stated that the notice to Gujarat Government in Setalvad's bail plea be returnable after 8 days, upon insistence of the Counsel for Setalvad, Mr. Kapil Sibal, the bench proceeded to list the matter on August 25 instead.

Top Court was hearing the plea filed by Setalvad in which she has claimed that she has been targeted by the state as she raised critical issues before this Court challenging the administration.

Her bail plea was rejected by an Ahmedabad court on July 30. Teesta Setalvad, a co-petitioner in the plea before Supreme Court challenging “clean chit” given to then Chief Minister Narendra Modi in the 2002 Gujarat riots case, was detained by Gujarat Anti-Terrorism Squad on June 25, 2022.

Supreme Court had remarked that the plea by Zakia Jafri was filed with 'Ulterior Design' and that the protest petition against the Magistrate's order which accepted the closure report of the Special Investigation Team (SIT) was being pursued at behest of "dictation" of someone.

While dismissing the plea which challenged the clean chit to Narendra Modi in Gujarat Riots observed that the present proceedings have been pursued for the last 16 years to "keep the pot boiling, obviously, for ulterior design". While wrapping its knuckles on such abuse of process, top court added that those involved need to “be in the dock and proceeded with in accordance with law.”

Following the judgment, Gujarat Anti-Terrorist Squad (ATS) proceeded to arrest Teesta Setalvad in connection with a fresh case of forgery, criminal conspiracy and placing false evidence in court to frame innocent people in the 2002 Gujarat riots case. Teesta Setalvad and others have been booked under IPC sections 468 (forgery) and 194 (giving or fabricating false evidence with intent to procure conviction for capital offence) among other offences.

The SIT had vehemently argued against grant of bail in Ahmedabad Court, stating that ocular and documentary evidence collected by it reveals that ample grounds exists to support allegation of larger conspiracy to achieve "political, financial and other material benefits" by means of executing a larger and well thought of conspiracy.

The court had also pointed out that it was argued by respondents that Teesta Setalvad had been vindictively pursuing the litigation for her ulterior design by exploiting the emotions and sentiments of Zakia. Interestingly, the same phrase has been used in the judgment's concluding remarks.