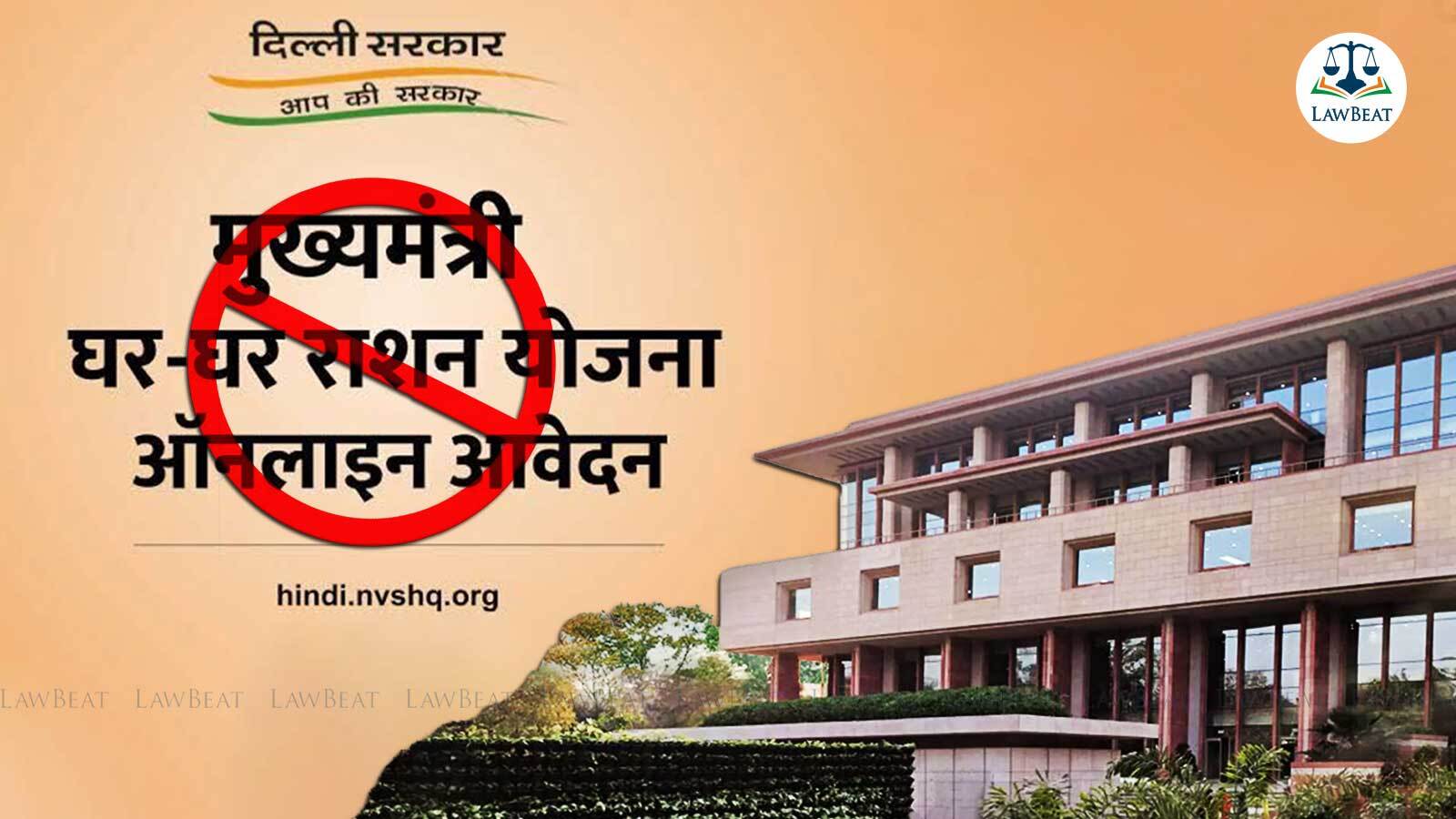 The Delhi High Court has found that the scheme for doorstep delivery of rations to beneficiaries as framed by the Delhi Government was not formulated from its own resources.

Court found that though it agreed with the stand of the GNCTD that there was no bar or prohibition on formulating the scheme in terms of the law as provided under the National Food Security Act (NFSA) and orders issued under the Essential Commodities Act (ECA), a reading of section 32 of the NFSA showed that "the State Government may formulate to provide higher benefits than those provided under the Act, has to be out of the own resources of the State Government".

The Order comes in light of the challenge to the scheme named "Mukhyamantri Ghar Char Ration Yojana" which was framed by the Cabinet decision on March 24, 2021 and was set to launch on March 25 last year, but the Union food and consumer affairs ministry objected to it.

The Delhi Sarkari Ration Dealers Sangh demanded that it be declared ultra vires. To start with, Court has found that the Dealers have a locus to file the petition, which was contested by the Delhi Government, finding that they are to be directly affected by the implementation of this scheme.

It was the contention of the petitioners (dealers) who had challenged the scheme that in the garb of formulating other food based welfare schemes under the NFSA and Targeted Food Distribution Order of 2015, the GNCTD "could not be allowed to destroy the existing structure of Fair Price Shops and put them out of business".

"Actual delivery of the ration at the door step of the beneficiary, in our view is covered within the scope of authority and responsibility vested in the State Government under Section 24(2)(b) and Section 32 of the NFSA," the Delhi High Court has found.

Powers of Legislative Assembly not unfettered

The Delhi High Court has found that the impugned scheme has neither been approved, not been consented to by the Lieutenant Governor and cannot be implemented in its present form.

No data presented by Delhi Government to show that scheme will curb leakages of foodgrains into black market; actions of GNCTD actuated by prejudice & bias

The Delhi High Court has found that though GNCTD had stated that the scheme was meant to reform the TDPS, neither counsel who appeared for the government were able to show any material or data to substantiate claims that the existing TDPS scheme is riddled with malpractices.

"When there are above 2000 FPS owners spread across the NCT of Delhi, there are bound to be malpractices resorted to by some of them. In such individual cases, strict actions are called for and should be taken, and appear to have been taken, at least, in some of them. However, the issue is whether the GNCTD can paint all FPS owners with the same brush, unless there is germane and relevant material available and considered, and reach the general conclusion that all of them are indulging in corrupt practices and black marketing, and cite that as the reason for introduction of the impugned Scheme?," Delhi High Court has asked the Delhi Government

It has stated that "it was incumbent for the respondent GNCTD to collect and collate data – including in the form of substantiated and investigated complaints from the beneficiaries, to establish the generalized allegations" and that the actions of the respondent GNCTD were actuated by unfounded prejudice and bias.

"It appears that there is merit in the submission of Mr. Shrivastav, that rather than discharging its duties of maintaining vigilance in terms of the provisions of the NFSA and redressing grievances of the beneficiaries under the NFSA – which itself would make the current TPDS system piloted by the FPS owners more efficient and transparent, the respondent GNCTD has chosen to introduce the impugned scheme with a view to bypass the existing FPS network, and replace the same with another set of persons, who would be appointed as FPS owners, and who would have much deeper pockets," the Court has stated.

In this light, the bench of Acting Chief Justice Vipin Sanghi & Justice Jasmeet Singh have allowed the plea of the Dealers, while quashing the tenders inviting bids for effectuating the schemes.

".....impugned policy sought to be introduced by the GNCTD is arbitrary, unreasonable, or unconstitutional, or illegal. We have already found that the impugned Scheme is in breach of the statutory protection afforded to the existing Fair Price Shop owners/ licencees, and it is founded upon unsubstantiated generalized conclusion, that all Fair Price Shop owners/ licencees are indulging in malpractices"
- Delhi High Court

It has been stated by the Court that though the GNCTD is entitled to frame a scheme for doorstep delivery of rations to the beneficiaries under the Targeted public food distribution system (TDPS),  it has to be done by its own resources and in compliance with the laws, i.e. under the National Food Security Act and the Essential Commodities Act, which it clearly doesn't in its present form.

In its letter dated March 19, the Union stated to the Delhi Government that the use of the term “mukhyamantri (chief minister)” for a scheme involving the distribution of food grains allocated under the National Food Security Act (NFSA), and that any change in the delivery mechanism required an amendment in the National Food Security Act which was only within the realm of the legislature.