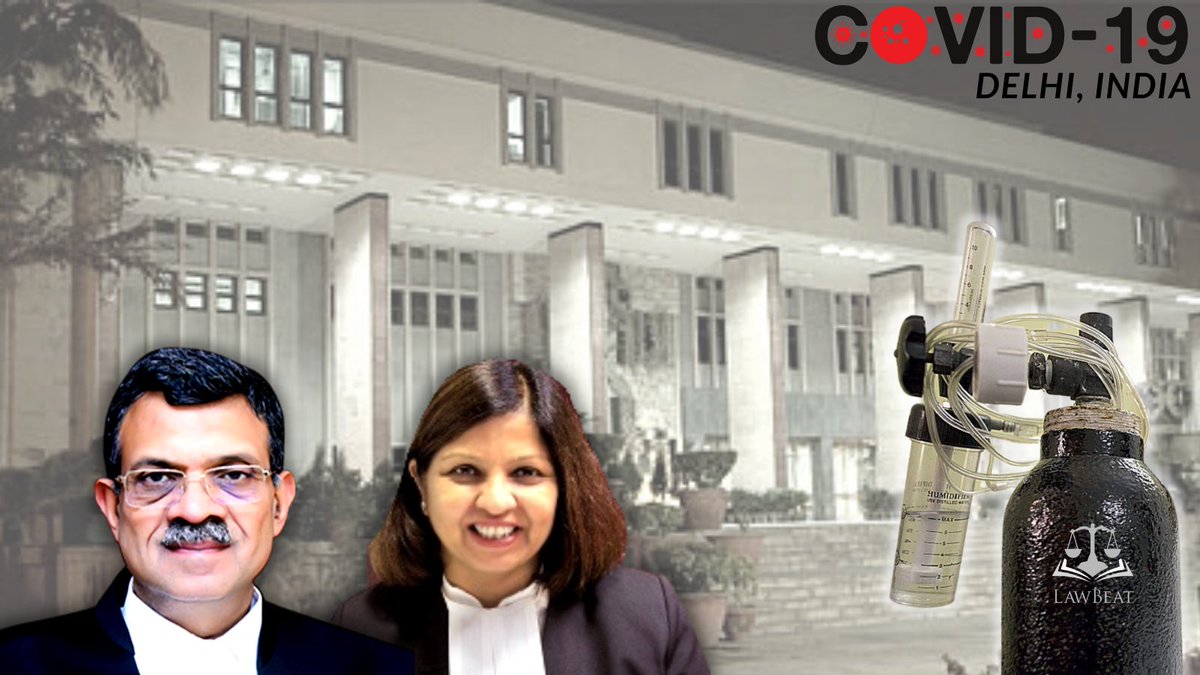 The Delhi High Court today directed the Central Government to ensure that Delhi receives its 490 MT of oxygen today by whatever means keeping into consideration that Delhi is not an industrial state & does not have any heavy industries, it does not have availability of cryogenic tankers.

The Court also called upon the Central Government to arrange for Tankers and directed the concerned officials to remain present if in case allocations are not made.

“Pertinently the allocation of Delhi which was earlier of 480MT ( since 20.04.2021) & now is of 490 MT has not been fulfilled even for a single day. In case this order is not implemented, the concerned officials of the Central Govt Ms Sumita Dawra & Mr Piyush Goyal shall remain present during the hearing on 03.05.2021. Looking to the situation, we make it clear that we may even consider initiating contempt proceedings in case of non compliance.”, the Court observed.

The Division bench comprising Justice Vipin Sanghi & Justice Rekha Palli passed the above order while hearing a batch of pleas relating to mismanagement of CoVID crisis in the National capital.

While dealing with the issue of optimal utilization of ICU beds and oxygenated beds in private nursing homes and hospitals of GNCTD, the Court directed all the private nursing homes and hospitals in the GNCT of Delhi to provide information on the number of patients admitted and discharged and those occupying beds for more than 10 days since April 10, 2021.

The Court has directed the Medical superintendents/ Directors of said hospitals and Nursing homes to send the information to the Amicus Rajshekhar Rao on his official email id by Tuesday.

During the course of hearing Senior Advocate Rahul Mehra appearing for GNCTD informed the bench that the quota of oxygen in Delhi has been increased from 490MT to 590MT , however they were still not being allocated 1000MT despite being  an oxygen surplus state.

Mehra also submitted before the Court that 4 tankers of INOX registered with transport authority in Haryana were seized by the State of Rajasthan. In an earlier hearing SG Tushar Mehta had assured the Court that strict action would be taken if any obstruction would be caused in transport of the tankers to Delhi.

Adv Mehra further informed the bench that the suppliers were not adhering to their contractual obligations. “My officers will have a nervous breakdown. I am apprehending that the oxygen is being supplied by the suppliers to other states under some pressure”, said Mehra.

Adv Aseem Chaturvedi appearing for INOX on the other hand projecting his helplessness submitted that the allocation is not certain.

“We are being directed to supply oxygen by collecting the same from other oxygen suppliers too. Everyday the allocation is changed. My quantity is 155MT & I am expected to allocate more.  I will not be able to lift 30MT from the other supplier. I would end up breaking my back. We cannot do this”, submitted Chaturvedi.

The Bench also suggested Mehra that GNCTD could request the Army for mobilizing the supply of oxygen in the National Capital. “You request from Army, Army would work in its own way.  The Army has its own ways of arranging. If you are only relying on oxygen, we are seeing the condition since 10 days”, said Justice Sanghi.