“Delhi Riots did not take place in a spur of the moment, calculated attempt to dislocate functioning of Government”: Delhi High Court 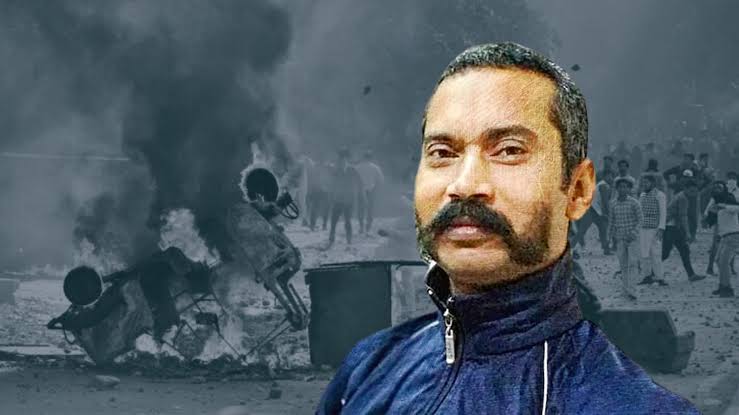 Rejecting the bail application of one Mohd Ibrahim, one of the accused in the riots case relating to the murder of Head Constable Ratan Lal and causing injuries to police personnel during the North East Delhi Riots, the Delhi High Court observed that the riots which shook the national capital of the country in February 2020 "evidently did not take place in a spur of the moment, and the conduct of the protestors  visibly portrays that it was a calculated attempt to dislocate the functioning of the Government as well as to disrupt the normal life of the people in the city”.

The single judge bench of Justice Subramonium Prasad further observed that the systematic disconnection and destruction of the CCTV cameras also confirms the existence of “a preplanned and pre-meditated conspiracy to disturb law and order in the city”. The bench said this was evident from the fact that innumerable rioters ruthlessly descended with sticks, dandas, bats etc. upon a "hopelessly outnumbered cohort of police officials."

The court was of the opinion that even though the petitioner was not seen at the scene of crime, he clearly was a part of the mob for the sole reason that “the Petitioner had consciously travelled 1.6 kms away from his neighbourhood with a sword which could only be used to incite violence and inflict damage.”

In light of this, the court also rejected Ibrahim's stand that he was brandishing a sword in person defence and for the safety of his family. The court observed that this was doubtful as he was atleast 1.6 km away from his place of residence and was in no imminent danger.

With regard to the right to personal liberty and the right to protest, the court said that in a democratic society “individual liberty cannot be misused in a manner that threatens the very fabric of civilised society by attempting to destabilise it and cause hurt to other persons.”

The court also said that the footage of the petitioner with the sword is “quite egregious”, and is therefore sufficient to keep the Petitioner in custody.

“In view of the facts and circumstances of the cases, without commenting on the merits of the matter, this Court is of the opinion that the Petitioner is not to be granted bail”, said the Court.

On September 14, the court had granted bail to Shahnawaz and Mohd Ayyub and dismissed the bail application of Sadiq and Irshad Ali also accused in the same case.

Earlier on September 3, the court had granted bail to accused persons Mohd Arif, Furkan, Shadab Ahmed, Suvaleen and Tabassum who were accused under various sections of the Indian Penal Code and Prevention of Damage to Public Property Act.

This resulted in injuries to several police officers on duty and one of the Head Constable Ratan Lal succumbed to injuries.