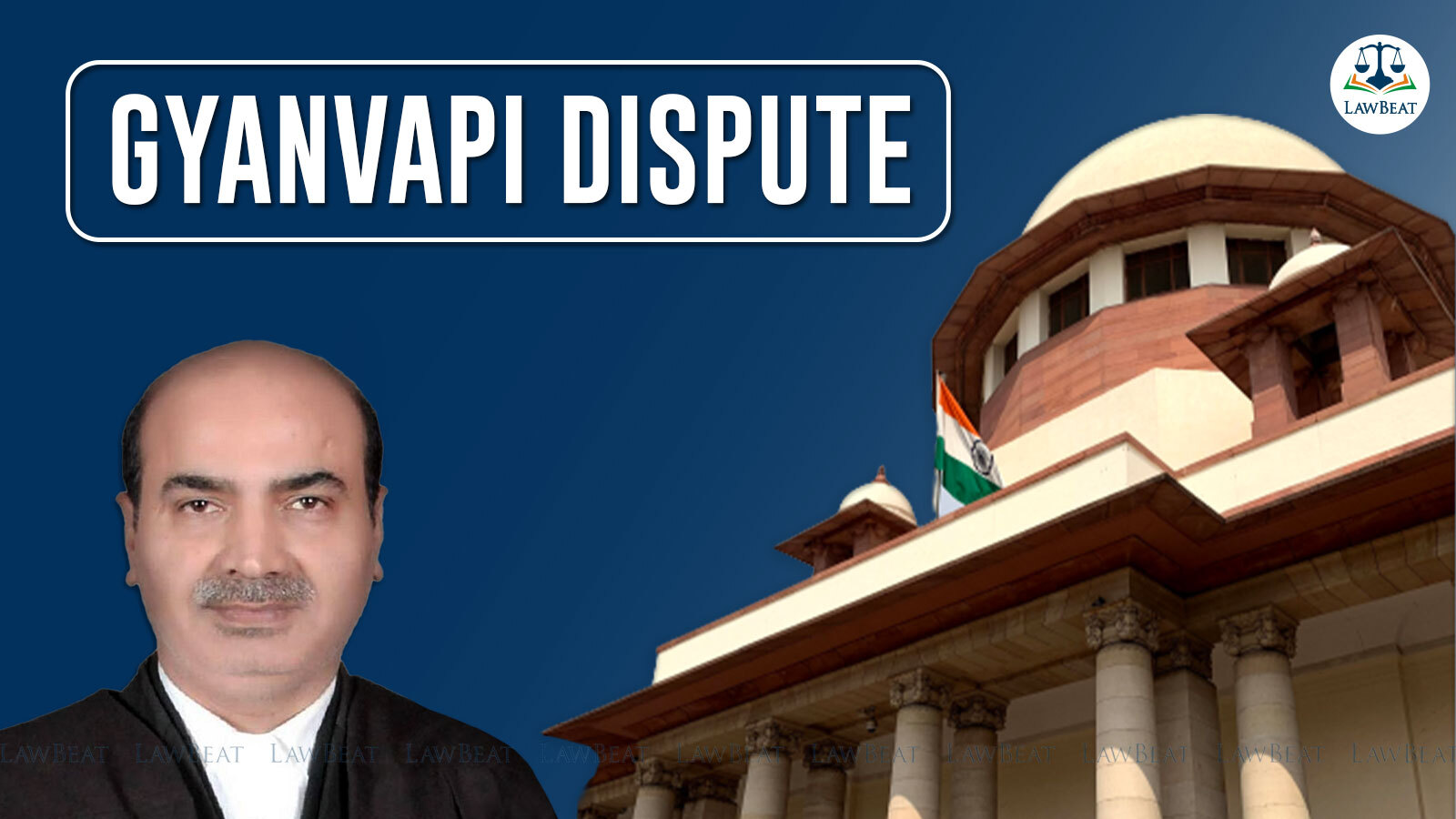 Advocate Ashwini Upadhyay, who has also challenged the Places of Worship Act, 1991, has approached the Supreme Court seeking impleadment in the case pertaining to the Gyanvapi dispute.

The application submits that the status of mosque can be given only to such structures which have been constructed according to tenets of Islam and mosques constructed against the provisions contained in Islamic law cannot be termed as Mosque.

"Muslims cannot assert any right in respect of any piece of land claiming to be mosque unless it has been constructed on legally owned and occupied virgin land. It is necessary to state that property vested in Deity continues to be the Deity’s property irrespective of the fact that any person has taken illegal possession and offering namaz", adds Upadyay.

It is further submitted that a temple’s religious character does not change after the demolition of roof, walls, pillars, foundation and even offering Namaz.

"After the Pran Pratishtha of idol, A Temple is Always a Temple until the Idol is shifted to another temple with the rituals of Visharjan. Moreover, Religious Character of Temple (Place of Worship) & Mosque (Place of Prayer) is totally different. So, same Law can’t be applied on both...."

Stating that barbaric invaders have destroyed hundreds of places of worship and pilgrimage, Upadhyay questions whether even after independence; Hindus, Sikhs and Buddhists cannot seek judicial remedy to undo the barbarian acts through the process of court.

Upadhyay has thus submitted that the instant SLP has become infructuous as the 1991 Act doesn’t bar determination of religious character. The Act is a penal Law so it must be interpreted literally not purposively, adds his application.

The 1991 Act blatantly offends the rights of Hindus, Jains, Buddhists and Sikhs to restore, manage, maintain and administer places of worship and pilgrimage, guaranteed under Article 26, argues Upadhyay.

The Supreme Court on May 13, had refused to issue directions for maintaining the status quo on the survey of the Gyanvapi-Shringar Gauri complex at Varanasi after the matter was mentioned by Senior Advocate Huzefa Ahmedi.

Later, the matter was placed before a bench of Justices DY Chandrachud and PS Narasimha. Hindu Sena through its President approached the Top Court seeking intervention in the matter relating to the Gyanvapi dispute.

On May 19, the Supreme Court directed that the Civil Suit pertaining to the Gyanvapi dispute be transferred from the court of Civil Judge Senior Division Varanasi to the court of District Judge for further proceedings. The District Judge, Varanasi heard the matter today, accordingly.