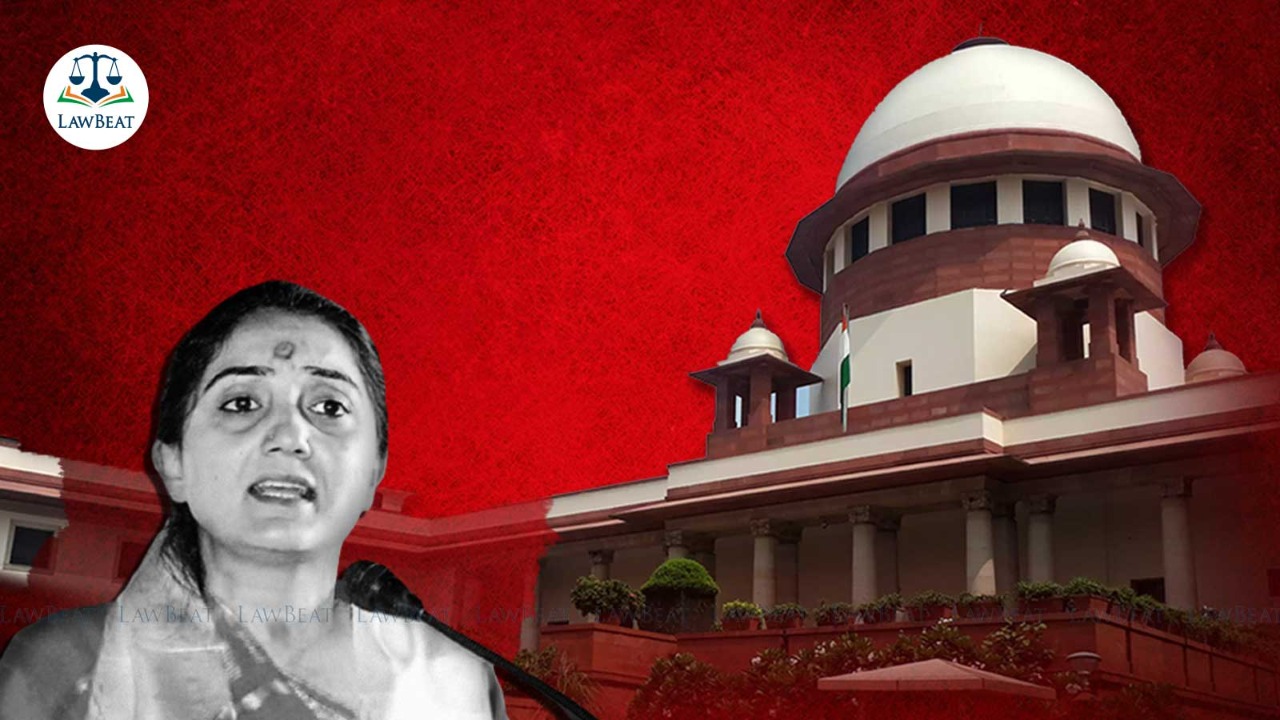 Nupur Sharma is facing as many as nine FIRs across several parts of the country for her comments on a religious figure in Islam - Prophet Mohammed on a TV Debate. Today, her counsel informed court that following the Courts order on July 1, she is facing continuing, serious and imminent threats to her life, which include beheading calls

A Supreme Court bench of Justices Surya Kant and Pardiwala today directed that no coercive action be taken against Nupur Sharma in present FIRs or complaints as well as in FIRs/ complaints which may be registered/entertained in future pertaining to the telecast dated May 26, 2022.

While taking note of the submission of former BJP Leader Nupur Sharma's counsel, Mr. Maninder Singh that there is an imminent threat to her life and liberty, the top court said that to effectuate the alternative remedy which was stipulated by its earlier order whereby she was asked to approach the High Court for quashing FIRs, a modality needs to be worked out. In this light, on her prayer seeking clubbing of FIRs, the Court issued notice to all respondents, returnable on August 10, 2022

"Since the quashing of the FIRs can be granted only by the High Court in terms of Article 226 and 227, the Court had relegated the petitioner to avail the alternative remedy. The petitioner has now filed another application pointing out inter alia that it has become nearly impossible for her to avail the alternative remedy granted by this court and that there is an imminent necessity for this court to protect her life and liberty as granted under article 21 of the constitution. In support of her plea, the petitioner has averred in the miscellaneous application, after the order dated July 1, 2022, various incidents including one Salman Chisti claiming to be a "Khadim" of Ajmer Dargah has circulated a video whereby he has called upon to cut the throat of Sharma. Another resident of Uttar Pradesh has made a violent video threatening to behead her. Some more FIRs have been registered in West Bengal which are not in the knowledge of petitioner. The Kolkata Police has issued a look out circular which apprehends her immediate arrest and consequent denial of fair opportunity. During course of hearing, learned senior counsel Maninder singh has referred to more instances of serious threat to life of petitioner and these instances are reported to be after filing of the miscellaneous application. In light of these subsequent events, some of which are noticed above, the concern of this court is how to ensure that how the petitioner can avail alternative remedy as per order dated July 1, 2022. In order to explore such modality, let notice be issued to respondents. Copies of main write petitions may also be circulated along with this notice. MEANWHILE AS AN INTERIM MEASURE IT IS DIRECTED THAT NO COERCIVE ACTION SHALL BE TAKEN AGAINST PETITIONER IN THE IMPUGNED FIRs. IRs/Complaints which maybe registered/entertained in future pertaining to telecast dated 26th May 2022"

The Court was hearing a plea by suspended BJP leader Nupur Sharma, seeking protection from arrest in the FIRs registered against her in several parts of the country in relation with her comments on a TV debate on a religious figure in Islam - Prophet Mohammed as well as clubbing of FIRs registered against her in many states to Delhi for investigation.

The bench stated that this was never its intention, for Nupur Sharma to knock on the doors of every court where the FIRs have been filed.

Appearing for Sharma, Maninder Singh, Senior Advocate argued that following the order passed by the Top Court on the last date, there are developments that have taken place that point to a grave and serious threat to her life.

"Certain development have taken place after the order. There are real threats to her life, there are some news report that someone has come from Pakistan," Singh said.

The court inquired whether the events took place after filing of the Miscellaneous application and Singh said they indeed took place after July 1 (when the order refusing to entertain the plea was passed).

In light of these submissions, the Court proceeded to pass an order whereby it protected Sharma from coercive action in all FIRs against her and issued notice on her plea seeking clubbing of FIRs.

On July 1, the court, while refusing to entertain the plea had remarked that Nupur Sharma is single handedly responsible for what has happened in the country. Justice Surya Kant, remarked that "She should apologise to the whole country for what she has done. We saw the statement made by her on TV.” The bench, further said that, Sharma chose to participate in the TV debate on a matter that was sub-judice (referring to Gyanvapi Shivling case) . The court further remarked "What is the business of TV Channel to discuss a case that is pending consideration, excepting for promoting agenda?" Maninder Singh, Sr. Adv, replied to this by submitting that Sharma was provoked and the comments she made were in response to the provocation. Singh added that Sharma did not intend to flare up this controversy. He argued that, in the TV Debate, it was frequently repeated that the Shivling was a fountain and she was merely responding.The bench remarked "She should have filed an FIR against the TV anchor then."

The top court further said that Sharma's statement was responsible for the unfortunate killing in Udaipur. Singh further argued that no person will be free to speak, if such a position is maintained. Singh took the court through judgments in Arnab Goswami’s case to argue that journalistic freedom needs to be protected.

Justice Kant held that the principles of the judgment would not apply to Sharma’s case. The judge further asked Sharma to approach the High Court. Owing to the court's negative criticism of Sharma, Singh chose to withdraw the plea.

The court's oral remarks led to a letter petition being filed, addressing the Chief Justice of India, seeking a direction to the vacation bench headed by Justice Surya Kant to withdraw their observations made. The letter petition, by Ajay Gautam, alleged that when the Court has not examined that whatever was said by Sharma was right or wrong in the light of Quran and Haddis, it cannot declare her to be guilty. The letter petition sought for declaration that the observations made by the bench headed by Justice Surya Kant were uncalled for.

The oral remarks, also led to 15 retired judges, 77 former bureaucrats and 25 army veterans, releasing an open statement. The statement noted that the recent comments by the two judges of the Supreme Court have surpassed the ‘Laxman Rekha’ and compelled them to issue an open statement. According to the statement, the observations, which were relayed by all news channels are not in sync with judicial ethos. It notes that these observations, cannot be justified on the grounds of judicial propriety and fairness. It says, “Such outrageous transgressions are without parallel in the annals of Judiciary.”

Justice (retd) SN Dhingra, Senior Counsels Aman Lekhi and Rama Kumar, spoke out against Supreme Court's observations in the case. Advocate Jaya Sukin, wrote to the Attorney General of India, seeking consent to initiate criminal contempt against the retired judge and senior counsels for their comments on Supreme Court's oral observation. The letter, noted that during the course of hearing of any matter, the judges engage with counsel, and don't maintain sphinx-like silence. According to the letter, while engaging with counsel, it's natural for judges to open up and make observations and suggestions. It stated, expunging observations, even if unjustified or irrelevant, shouldn't arise since these remarks are tentative observations.

The Attorney General, however refused to give consent to initiate criminal contempt proceedings. The AG, in his reply to the letter, has stated that the statements of three persons are in the realm of “fair comment” on a hearing conducted by Supreme Court. The AG has further observed that their statements are not abusive and are not likely to interfere with the administration of justice by the Supreme Court.

Nupur Sharma, while speaking live in a TV debate, on the Gyanvapi Mosque issue, made certain comments on Prophet Mohammed, which triggered a row. BJP, the party which she belonged to, subsequently suspended her and another party leader - Naveen Jindal amid controversy over the comment.