Judges are not equipped to pronounce verdict on such non-justiciable issues: Allahabad High Court on Taj Mahal controversy 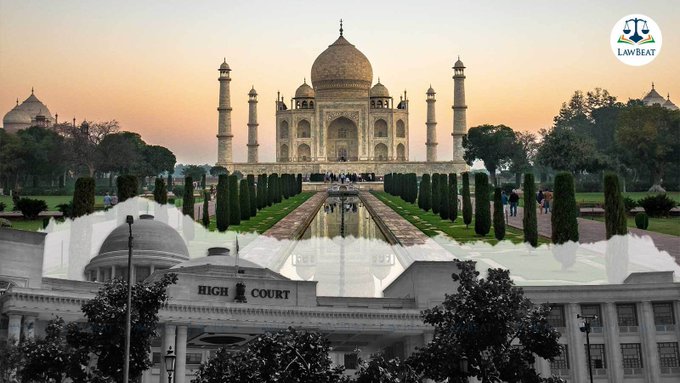 The Allahabad High Court on Thursday dismissed the Public Interest Litigation (PIL) seeking constitution of a fact-finding committee to reveal the truth behind 20 closed rooms inside the Taj Mahal premises.

The bench of Justice DK Upadhyay and Justice Subhash Vidyarthi refused to entertain the petitioner's prayers on the ground of the same being nonjusticiable. Court said,

"The petitioner essentially has called upon us to give a verdict as to which particular methodology of research relating to finding out certain historical facts of Taj Mahal would be more appropriate. We are afraid, it is not permissible for this Court in exercise of its jurisdiction under Article 226 of the Constitution of India to entertain such questions or issues which better need to be debated amongst historians and scholars and academicians. Judges by experience and training are not equipped to pronounce any verdict on such non-justiciable issues."

In view of the same, Court noted that it did not receive any satisfactory answer from the petitioner's counsel as to from where the right to get a particular study or research conducted on a particular topic or subject emanates.

Court further clarified its stand on the petitioner's prayer seeking a direction for opening up of the rooms existing in 'Taj Mahal' and removal of certain structures to facilitate historical study. Court stressed that any historical research conducted by academicians will necessarily involve a particular methodology.

"Determination of the question as to which particular methodology of research would yield correct results, in our opinion, lies outside the scope of our jurisdiction and powers of judicial review. Such issues namely, choosing of a particular methodology for conducting a research in any subject or on any topic should be left to the academicians and researchers," Court noted.

Court also highlighted that the issue of commissioning of a study so that the history of the Taj Mahal may be explored and the controversy said to be existing around it may be put to rest, should be left to be debated amongst the academicians, scholars and historians."As to which subject should be studied or researched or which topic of a particular area or discipline of study needs to be researched are not the issues where this Court can be said to be possessed of any judicially manageable standards to adjudicate upon," Court held.

Therefore, pointing out that the High Court's jurisdiction under Article 226 of the Constitution of India is circumscribed by certain well recognized and established legal principles such as the doctrine of non-justiciability, Court refused to entertain the petition and dismissed it.

The writ petition was filed before the Lucknow bench of the High Court by Dr. Rajneesh Singh, the media in-charge of the BJP’s Ayodhya unit. Advocate Rudra Vikram Singh represented the petitioner before the high court.

Adv. Singh's main contention was that since the Government had failed to provide a proper answer as to why the said 20 rooms have been kept locked, it was public's right to seek that information through a court of law. He had also argued that the information his client is seeking doesn't fall under the exceptions mentioned in the Right to Information Act for which the Government is not bound to reply.

However, Court refused to accept Singh's this argument stating that his client is not seeking any information that is in Government's custody, instead, he is seeking constitution of a commission to conduct a survey of the site and bring the information, pertaining to the alleged claims, into the light.

The PIL plea had alleged that many Hindu groups have been claiming that the Taj Mahal is an old Shiva Temple which was known as 'Tejo Mahalaya', which is supported by many historians as well. Therefore, the petitioner had sought a Writ Order/Direction in the nature of mandamus for a fact-finding committee to study and publish the real History of the Taj Mahal and to put to rest the controversy and clarify the History of Taj Mahal.

The petitioner had also sought a Writ order/ direction in the nature of Mandamus to open the sealed doors (approx. 22 rooms) inside the Taj Mahal.

Apart from these two prayers, the petitioner had further sought a writ order declaring "The Ancient and Historical Monuments and Archaeological Sites and Remains (Declaration of National Importance) Act, 1951" as ultra-vires the provisions contained in Article 19 (1) (a), 25, 26, 49 and 51-A (f) (h) of the Constitution of India.

However, Court noted that the legislation had already been repealed about 64 years ago, therefore, the petitioner's prayer was redundant.

Case Title: Dr. Rajneesh Singh v. UOI Thru. Ministry Of Culture And 2 Others