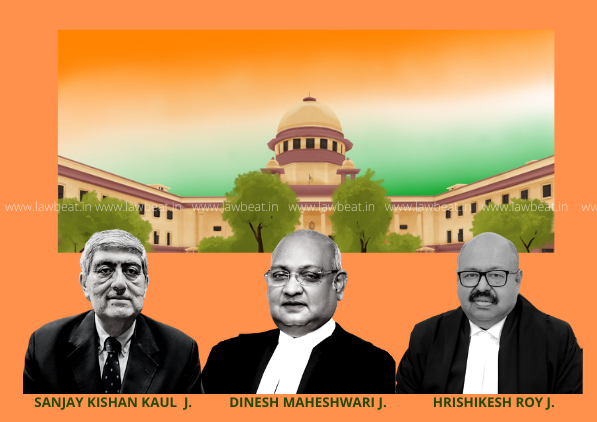 The Top Court in its decision today held that the party inflicting mental cruelty by tarnishing the image of the other spouse, cannot insist on the remedy of Restitution of Conjugal Rights.

A Full Judge Bench of Justice Hrishikesh Roy, Justice Sanjay Kishan Kaul and Justice Dinesh Maheshwari, while setting aside the impugned judgment of the High Court describing the present case a normal wear and tear of middle class married life, held the conduct of the respondent within the folds of persistent mental cruelty. The Bench observed, “… the wronged party cannot be expected to continue with the matrimonial relationship and there is enough justification for him to seek separation.”

The brief facts of the case are such that, the family court allowed the appellant’s suit for dissolution of marriage on the ground of mental cruelty. On appeal, the High Court, setting aside the decree of divorce allowed the respondent’s suit for restitution of conjugal rights, calling the conduct of the parties ‘squabbles of ordinary middle class married life’. Challenging the said judgment, the appellant herein contends that the complaints made by the respondent before the superior officers in the Army and to other authorities have irreparably damaged the reputation and mental peace of the appellant, and therefore, he cannot be compelled to resume his matrimonial life in the face of such unfounded allegations.

Court reiterated that in a case of dissolution of marriage on the grounds of mental cruelty, the result of such cruelty must show impossibility to continue with the marital relationship. Reference was also drawn to the case of Samar Ghosh v. Jaya Ghosh, (2007) 4 SCC 51, wherein the Court gave illustrative cases upon the same.

With respect to the facts and circumstances of the present case, Court noted that the materials placed on record prove that the respondent had made several defamatory complaints to the appellant’s superiors in the Army which thereby affected career prospects and reputation of the appellant. The Respondent also made complaints to authorities such as, the State Commission for Women and posted defamatory materials on several platforms. The cumulative effect of all her actions reflect, an attempt to hamper the reputation and standing of the appellant in the society and his career.

Dismissing the argument of the Respondent wife that imputations made were solely to protect the matrimonial ties, the bench said“... allegations are levelled by a highly educated spouse and they do have the propensity to irreparably damage the character and reputation of the appellant. When the reputation of the spouse is sullied amongst his colleagues, his superiors and the society at large, it would be difficult to expect condonation of such conduct by the affected party… It is a definite case of cruelty inflicted by the respondent against the appellant and as such enough justification is found to set aside the impugned judgment of the High Court and to restore the order passed by the Family Court.”