“Speaker worked on Dictates of State Govt. & was caught in web knitted by him”: Calcutta HC in plea challenging Mukul Roy’s appointment as PAC Chairman 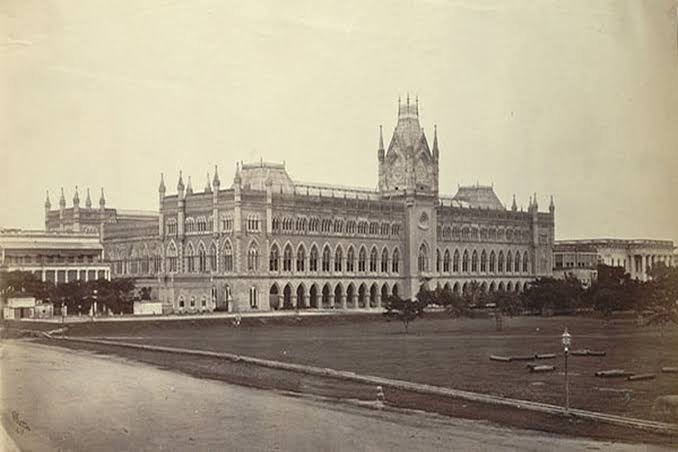 Issuing directions in a plea challenging the controversial appointment of BJP turncoat Mr. Mukul Roy as the Chairman of the Public Accounts Committee (PAC) of the West Bengal Legislative Assembly, Calcutta High Court today directed the Assembly Speaker to place his order first relating to the petition seeking disqualification of Mukul Roy as Assembly Member, before court proceeds further.

The Division Bench of Acting Chief Justice Rajesh Bindal and Justice Rajarshi Bhardwaj adjourned the matter till October 7 and held that in case of failure the Court will decide further course of action to be taken in the matter.

Importantly, court has observed that it is evident from the facts on record that there is failure on the part of the Speaker to discharge his constitutional duty coupled with established admitted constitutional conventions. Court has said, "Apparently, Speaker has worked on dictates and was caught in the web knitted by him."

Court has also added that the power of the Speaker to adjudicate upon an application filed for disqualification of a member of Assembly has been held to be quasi-judicial in nature, therefore, his decision will be subject to judicial review by the Courts.

The order reads that the fact in this case remains that the Speaker was well aware of all the traditions and the facts before him and only after considering those and also noticing that Mukul Roy belongs to BJP, the party in Opposition, was appointed as the Chairman of the Committee.

"Once the respondents have been caught on a wrong foot, all types of explanations are coming forth to justify their illegal action, which is contrary to the stand available on record in the form of declaration."

In the order Court concludes that it is not a case of mere irregularity in the procedure adopted, rather it is the illegality committed by the Speaker in nominating a person, who had in fact defected from BJP to AITC.

Court also stresses that another important fact to be noticed is that a person who has allegedly defected from BJP to AITC has been nominated as the Chairman of the Committee on Public Accounts treating him to be a Member of the opposition party and the petition for his disqualification was pending consideration before the Speaker, before he was nominated to act as Chairman.

Accordingly, court holds, "This cannot be termed to be mere irregularity.It is much more than that if seen coupled with the fact that despite judgments of Hon’ble the Supreme Court the Speaker is sitting tight on the matter on decision of disqualification."

Also, the order deals with all the contentions earlier raised by the respondent parties categorically as follows:

SPEAKER IS BOUND TO DECIDE WITHIN 3 MONTHS

The Court analysis that the Apex court has opined that the Speaker acting as a Tribunal under the Tenth Schedule of the Constitution of India is bound to decide disqualification petition within a reasonable period and the same was held to be three months.

Court says that the issue of Mukul Roy's disqualification as Member of the Assembly is co-related with him being the Chairman of the PAC and notes that a petition filed for his disqualification is pending before the Speaker for the last more than three months, whereas as per the Apex Court ruling 3 months timelimit is the deadline to decide on the same. (Keisham Meghachandra Singh v. Hon'ble Speaker Manipur Legislative Assembly and Others, 2020)

Court states that the issues raised in the present petition could very well be sorted out in case the Speaker had decided the petition pending before him for disqualification of Mukul Roy as Member of the Assembly.

The order further reads that a Speaker in discharge of his constitutional duties is expected to be neutral. Court stresses, "It is because of inaction of the Speaker that this Court has been approached in this avoidable litigation."

IMPORTANCE OF THE COMMITTEES AND THEIR WORK

Highlighting the significance of Assembly committees and their work, court states that a perusal of the various Rules of Business with reference to the working of the Committees and the work to be discharged by them and the powers conferred on them clearly establish the importance.

Court further adds that it is a participative process in the democratic setup. Making its stand clear on the objection raised by the Mukul Roy's counsel that Speaker’s actions cannot be questioned before Court, court states that in the present case, even if the declaration of the names of the Members of the Chairpersons of the Committees was made in the Assembly, this cannot be termed to be proceedings in the Assembly as it was merely a declaration made by the Speaker in the presence of all the Members.

Court says, "There may be some Committees constituted by the State Assemblies or the Parliament but the case in hand is different."

Referring to Supreme Court rulings relating to this issue, High Court highlights the extract contents of declaration made by the Speaker of West Bengal State Assembly with reference with constitution of various committees and the Chairmen.

Accordingly, court holds that if the tests laid by Sir Ivor Jennings are applied in the case in hand, the Speaker's declaration regarding Mukul Roy's appointment passes all the three tests for it being done as constitutional convention.

Dealing with the arguments that in view of Article 212 of the Constitution the proceedings in the Assembly cannot be called in question in Court, court states that the issue is no more res integra.

"It can be summed up that there is no absolute immunity granted to the action of the Speaker. Even the validity of the proceedings in the Parliament or the Assembly can also be gone into."

Court adds that the only prohibition is on the ground of ‘irregularity of procedure’ but if there is substantial illegality pointed out, the Courts can always interfere. It is to maintain the constitutional values, court states.

Therefore, court holds that in view of the factual matrix and the legal position the action of the Speaker can be examined in its power of judicial review.

Lastly, stating that in the scheme of things the Courts are entrusted with the duty to be the watchdog and guarantor of the Constitution court states that it is in discharge of that duty that Court has been called upon to examine the issue.